It’s a Small World After All | Strengthen Communications With Mobile 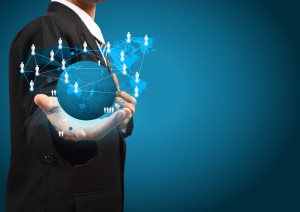 As a lifelong technologist I am amazed at how fast my industry is changing.  When I first got into the business, the cloud didn’t exist.  Nobody had ever conceived of the Bring Your Own Device (“BYOD”) idea, because devices didn’t really exist, either.  Mobile first wasn’t even a theory; it was grounds for psychiatric evaluation.  When we saw people on a car phone we thought they operated at the very top of the food chain.  Our old views on technology have changed radically in the past few decades, but I don’t think we’ve come far enough, fast enough.

In Silicon Beach, we aren’t simply embracing this mobile future, we’re feverishly working to shape it.

This was abundantly clear to me when I attended the latest Mobile Monday Silicon Beach gathering, better known as “MoMo” earlier this week.  MoMo is part of the global MobileMonday™ community, which started in the birthplace of mobile, Helsinki, Finland.  MoMo connects the entire tech ecosystem, from startups and entrepreneurs to VCs, policymakers and academics.  It’s a great place for enthusiasts to discuss how to monetize mobile platforms, increase efficiency at home and in the workplace, and to generally do cool things for people everywhere.  I won’t say we’re making the world a better place – that’s Hooli’s job – but we’re trying.

The best way for mobile to climb toward greater heights is to stand on the shoulders of new, advanced infrastructure – but getting that infrastructure also requires the support of our community.  As such, I’ve long been a strong proponent of the backbone essentials for our industry to soar.  For mobile to continue its extraordinary growth trajectory, we need two things.  Two simple baseline essentials.  Ready?

First, we need more mobile spectrum allocated by the federal government.  We need unlicensed spectrum (think Wi-Fi) and licensed spectrum (think LTE networks).  The government and TV broadcasters are sitting on a treasure trove of idle spectrum that could be put to great use by the innovation community.  While auctioning this spectrum is under discussion, the devil is in the details and I’m hopeful that the FCC and Congress will hash out the auction process in short order to deliver innovators and users what they need.

Second, we need to pay closer attention to obstacles that are slowing the transition to an all-IP world.  Earlier this year I commented that “the networks of the future will make the world a smaller place.”  This is where mobile and networks truly collide, in decreasing the space between people, places, ideas and commerce.  We need more people connected via strong, next-generation wireless and wired broadband Internet-based communications platforms.

Everyone needs to be able to take part in the digital revolution, no matter where they live, no matter what their technical level of expertise.  Today, we’re just beginning to scratch the surface of what mobile can become.  With the continued commitment of innovators and the implementation of a few key policy solutions, we’re going to get there.  We’re going to shrink the world and bring everyone and everything closer together; we’re going to strengthen communications, enjoyment, and commerce.  Then we’re going to exceed our original expectations of what success looks like today.

Lloyd Marino is the Founder & CEO of Avetta, an international IT and cloud consulting firm working with middle market companies to improve their bottom line.