How To Build A Successful Technology Company Outside The Bubble 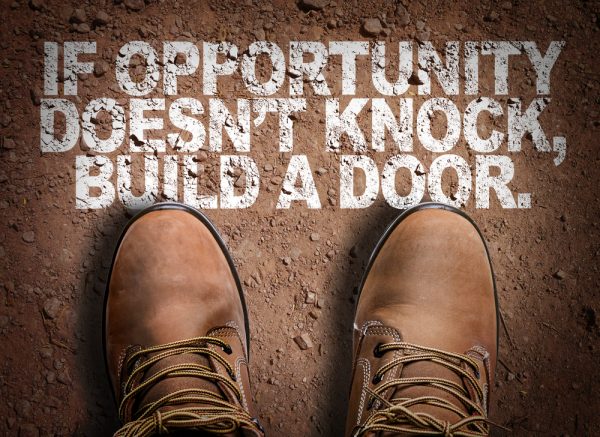 Those tech hubs grab headlines up and down the news. Venture capitalists live for those places, and some of the greatest emerging talent flock to those locations specifically to stand shoulder to shoulder with other great minds.

However, innovation isn’t limited to technology hot spots. So what happens when your team of bright minds lives outside of the tech bubble? Is it possible to receive funding and find an audience?

It is. In fact, many companies thrive simply because they’re away from the tech bubble spotlight. With less pressure for immediate gratification, these companies are allowed a luxury that is sometimes impossible when you’re trying to succeed in an overcrowded field. Just because you’re not in Silicon Valley doesn’t mean you’re behind the industry curve; in fact, in some ways you’re at an advantage and here’s why:

Buzz moves quick in the tech world. One successful beta or even a viral tweet can set the industry on fire, setting sky-high expectations and curiosity. It’s the nature of the beast in the digital age, but what happens if you need to pivot? Many companies have a final vision that is markedly different from their original goals; this happens organically over the early years of a company and shouldn’t be considered a negative.

However, changing course under a spotlight can appear to be failure or indifference when in reality, you may be simply course-correcting due to market conditions or exploiting a new design evolution. For companies outside of the tech bubble, these things can happen safely and quietly, allowing for a natural evolution of engineering, strategy, and marketing rather than bowing to external pressure.

If your company is in Silicon Valley, it’s easy to be frustrated by headlines for startups getting multi-million dollar funding by venture capitalists. In a way, VCs are like a feeding frenzy in the tech bubble, with the ability to pick and choose among countless ideas, prototypes, and so-called innovators.

This pressure can push young companies to pursue the wrong goal. While funding is critical to a successful start-up, nothing is more important than your actual value and quality. When you step outside the tech bubble, it’s easier to recognize that your time and energy should focus there. Do it correctly — without folding to outside pressure — and the funding will come naturally.

You know your product is great and that it works well — but does it work perfectly? The pace of Silicon Valley and other tech bubbles is fast: here today, gone tomorrow, forgotten shortly after. When surrounded by this, it can be easy to push for faster releases and tighter schedules. On the flip side, staying away from the chaos of tech bubbles allows you to take a breath and focus on the details.

For those companies that aren’t caught up in tech bubble whirlwinds, it’s easier to knuckle down and make that development and test are handled so thoroughly that the end product is airtight — and while the result might mean a little more time getting to market, the temptation for rash decisions will be minimized and this will only benefit companies in the long term.

Sometimes, it’s good to stay incognito from the rat race, then explode onto the scene. If you’re outside of the tech bubble, then there’s a good chance that the intense spotlight of industry observers, social media, tech blogs, and other coverage could bypass you for the time being. But in a way, that’s actually preferred because in such a fast-paced industry, today’s golden child becomes yesterday’s news quickly.

Because of that, it’s often better to wow the crowd with a fully tested and developed product that organically impresses people while causing observers to stand up and wonder how they possibly could have missed such a find. That surprise buzz can often strike at the right moment.

All of these points examine things such as development cycles, industry buzz, and strategy as a company outside of the world’s tech bubbles. However, the most important point is this: just because you’re not in a so-called tech hot spot doesn’t mean that your product can’t compete with the stuff coming out Silicon Valley. So before you put pressure on yourself and your team for reasons out of your control, simply knuckle down and build the best product that you possibly can. The results — and funding — will speak for itself.

Logan Jacobs is the Founder of Airhome, a wireless, multi-room, built-in home audio system that operates on Wi-Fi and streams movie audio or music via AirPlay (app agnostic) to any room in the house. Airhome stemmed from Logan’s passion of music and his need to reinvent home audio to make it the best it could possibly be with high-tech.