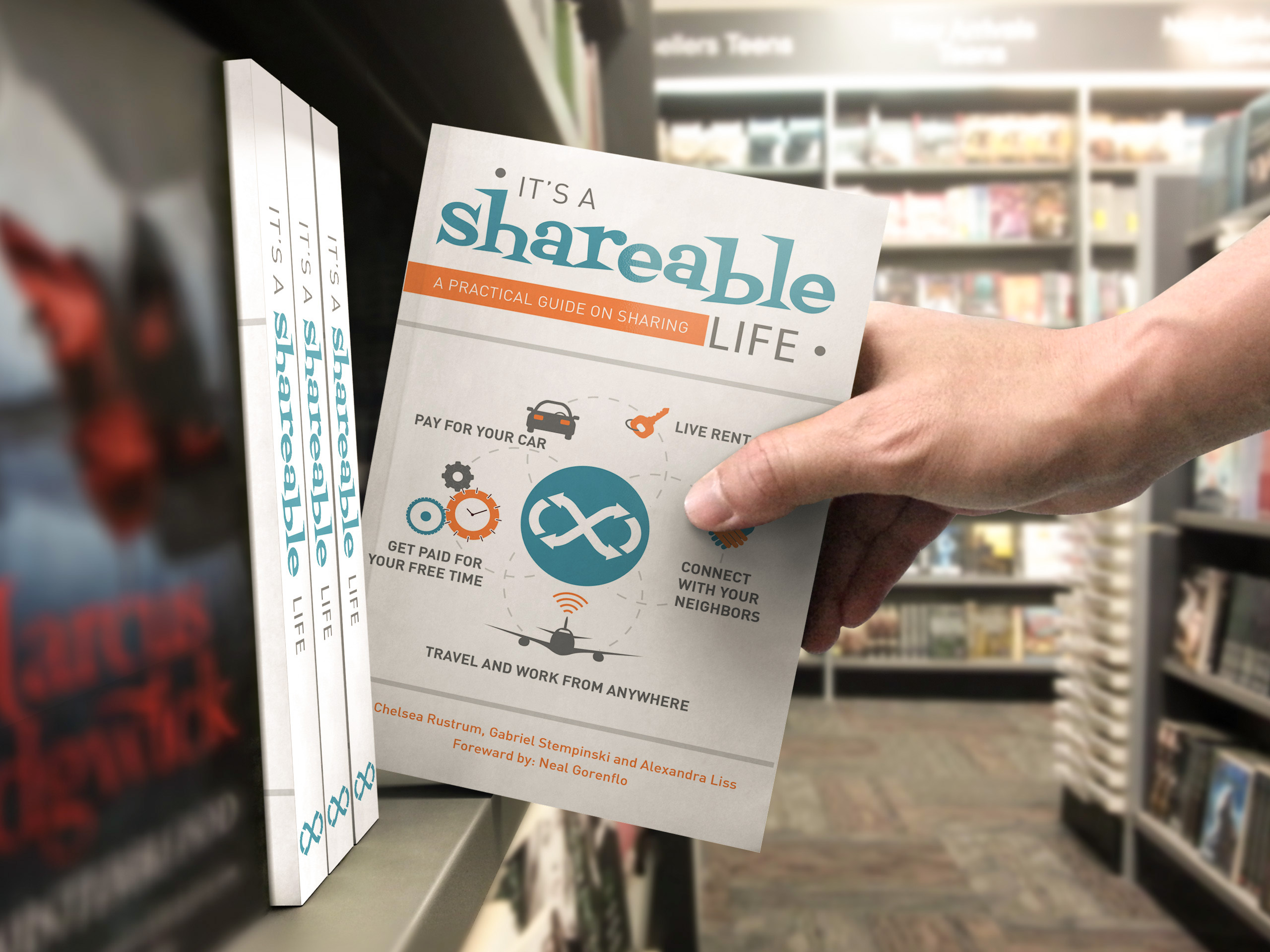 Almost the instant the concept of the sharing economy was introduced, it has skyrocketed into dozens of successful and established brands by offering everyone a chance to be their own boss, and others the ability to outsource needs saving time by providing convenience. Author Chelsea Rustrum has spent the bulk of her adult life experimenting in this new sharing economy. Inspired by real-life experiences and research, she got a group of friends together to present their findings in the new book “It’s a Sharable Life.”

“In my experience, most people enter into the sharing economy first with the intent to make some money. But the reason it sticks is because it makes people feel good when they make connections with other people. It gives them a renewed sense of belonging,” says Rustrum.

It is not a coincidence that the first group to rapidly adopt this new technology was millennials and travelers. For these two groups have long been open to sharing with others, engaging with strangers more and developing relationships on the fly. There appears to be much research around the lack of connection and community our often-isolating fast-paced lives are led these days. In a recent TED talk, Johann Hari went as far to say that all addiction is rooted in isolation. It seems that we spend more effort as a society building a fortress to house our things versus sharing experiences. Long gone are the days of tribal connections, the ability to trust and share with strangers — or are they?

The book is self-described as “…the first, mainstream practical guide to the sharing economy, showing people how they can lead richer, more fulfilling lives with more money and less stuff. The book is a tale of experiences being of the highest regard, of people cooperating, giving, exchanging, renting, swapping, and otherwise sharing their underutilized time, space, skills, and resources with their peers.” The book itself was funded via Kickstarter, used TaskRabbit for the content, crowdsourced the artwork with 99 Designs, and created an event series around the book using Meetups.

It is hard to read the pages of this book and not feel inspired to do a little sharing economy experimenting. It follows the experiences of a few millennials, including Rustrum, as they “gifted, bartered, rented, and swapped their way to a richer life.” The book is a definitive how-to guide on how to get started, what to expect, and acts as a beacon into this supercharged new way of living and sharing for the greater good. 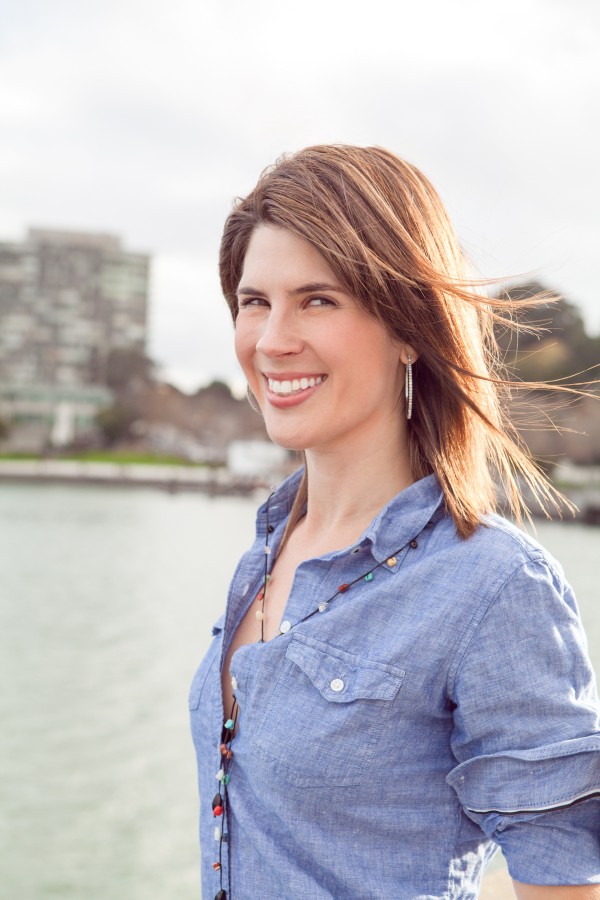 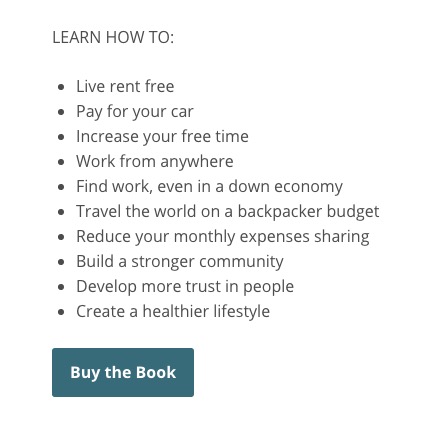 If you feel like the sharing economy is something you might want to dip your toe in, or create passive income from, this book is an easy read peppered with nuggets of wisdom and personal experiences put together by trustworthy sources.

The road to authorship of the book for Rustrum was a serendipitous journey that continues to expand into surprising new directions, and was birthed in humble beginnings.  Chelsea grew up in a small town (population 1500) in Oregon to entrepreneurial parents who liked to try new small business ideas.  She, like many before her, discovered computers in her teens and created a successful website around couponing and finding free stuff online called Freemania.net. Before she knew it, her income from the site surpassed her parents. She was hooked.

In her early twenties, a friend launched a co-working space which she helped to promote in Santa Cruz and Rustrum found herself interested in communities and building communities through shared experiences. Soon she discovered a community centered around traveling called CouchSurfing.com where people open up their couches to travelers for free and for sharing experiences.

As she traveled abroad, she relied on couch surfing and discovered a deeper connection to people that she called “the most wonderful heart-opening” experience. Through couch surfing, she was able to push the boundaries of her comfort zone by forcing herself to trust strangers. And when she returned to San Francisco she offered others the same experience by offering her couch, a mere 10 ft. from her bed in her tiny studio apartment. An experience she calls humbling.

She began to seek out other sharers and befriended the co-authors of this book, who had similar epiphanies around sharing, and also adopted the philosophy that shedding the stuff that weighs you down leads to a more rewarding life based on community. As sharers, they wanted to share this information with others which led to the creation of the couch surfing documentary “One Couch at a Time.”

“We are stumbling on abundance, and we need to share,” said Rustrum. “We are pointing toward distributing value better. The stored value in money is because it is an intermediator between providing something, and buying something else. I think value is created socially. Taking care of the sick, volunteering time — time is one of the most meaningful ways to store value.”

Rustrum, who used to work closely with a major payday loan direct lender, continued to embed herself more deeply in the sharing economy, which was spreading like wildfire. People were creating software and events around sharing everything from dinner to co-op housing, to cars, spare rooms, and more. A burst of innovation created new companies that paired people in need of passive income willing to share their time and resources with service related jobs like food delivery, laundry service, valet parking, and the list goes on.

If you live in a quintessential American urban setting like New York or San Francisco, you will quickly understand how sharing resources, when resources are scarce, makes perfect sense. If you travel abroad, then you will recognize some of the concepts are just the lifestyle overseas in general. Americans, of course, put our own spin on the sharing economy from the business perspective (aka capitalism) and that is also where the controversy lies.

Podcaster Benjamen Walker recently explored sharing economy from the worker perspective in a three-part series called “Instasurfs” to evaluate if a person could earn a true living, when not protected as a normal worker. After sending a man undercover to work various sharing economy jobs, the series concluded that the outcome for the workers is not great.

“We are seeing a shift from ‘oh I have an extra room’ to ‘I can make this a full-time job.’ That is not a bad thing, but the big companies like Uber and Airbnb are the ones the provide the most value. Their software is going to profit the rich,” said Rustrum.

“There is another model,” said Rustrum. “It is called worker/owner model and in it the value creators, the workers, are the ones that share profits. It combines the protections of the union.” She would like to see more companies centered around this model in the future.

Rustrum’s  latest sharing venture is an endeavor to create a utopian tiny village community based on sharing called “The Tiny House Village.”

“Tiny spaces really make you rethink everything and ask profound questions,” said Rustrum. “What is it that you need and use daily and/or weekly? How much of your life can be lived outside? Cleaning, showering, cooking, etc? What do you really need? How important is housing beyond warmth and running water? What’s constitutes an environment that’s nurturing? How would relationships change if there was nowhere to run to or hide, but rather tight-knit spaces?”

The book “It’s a Sharable Life” was a result of several years of research and experience. Rustrum continues to experiment with sharing and shedding. She is often tapped to speak on the topic and acts as a consultant. You can learn more about Rustrum’s adventures in creating shared experiences on her website or follow her on Twitter.