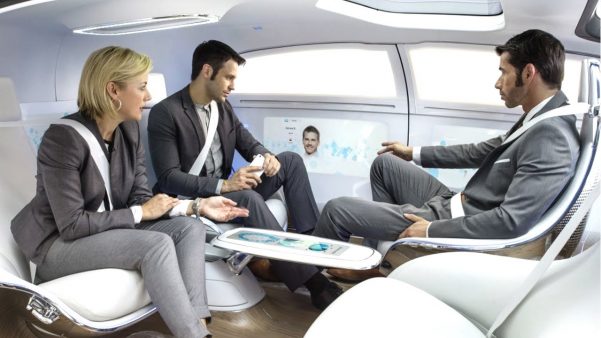 What is a Driverless Car?

As the name would imply, driverless cars are vehicles that do not necessarily need a driver in order to navigate roads. As it stands, most driverless cars are prototype models and are not used on or around public roadways. There are a few different types of driverless cars. Some would be used as delivery vehicles, cutting back on employment costs for certain businesses. Others would be used much like taxis, and some companies have already begun the early stages of implementing these types of systems.

Somewhat ironically, the single biggest threat to driverless cars are human drivers. Humans are unpredictable, and having an AI decide how to drive in situations where a crash is unavoidable raises a number of significant ethical questions. These potential issues aside, many people believe that driverless cars could all but eliminate traffic on public highways and road systems. In addition, according to the Center for Disease Control, as many as 30% of traffic accidents are caused by drunk drivers. These types of accidents could be almost entirely prevented by autonomous vehicles.

How Driverless Cars Could Reduce or Eliminate Traffic

The main theory behind eliminating traffic by using autonomous vehicles is that if all of the vehicles are following the exact same set of rules, they can easily predict the movements and behavior of the other vehicles on the road. They would be able to plot the most efficient route while keeping in mind the impact they have on the surrounding traffic. If you are a fan of cars as much as we do, consider checking the new blog post about the Shelby Mustang GT500 1967.

Using a combination of pathfinding and advanced behavioral prediction, computers are surprisingly adept at planning out efficient routes between points. The problem is that human drivers are not nearly as efficient, and lack the level of connectivity and reaction time between the other cars on the road to travel along the perfect route. This is the main reason that we have traffic jams. Simply put: it’s impossible for a human being to be a perfect driver.

The main argument against the idea that self-driving cars, with some people going as far as to suggest that they will cause more traffic , is that if driverless cars were available a lot more people would be on the roads at any given time. Another argument is that if we intermix analog and autonomous vehicles, there are almost certainly going to be situations in which the self-driving cars are unable to process or cope with human decision making and may cause additional accidents.

The law at this point varies from state to state in regards to self-driving vehicles. Some states explicitly prohibit or allow these types of vehicles. Other states are not so clear. Texas, for example, doesn’t explicitly allow or disallow autonomous vehicles.

When it comes to insurance, self-driving vehicles make matters a lot more complicated. Who is to blame in the event an accident happens? Many insurance companies are likely to not accept self-driving cars at all for this reason. Texas car insurance, being a state that neither explicitly allows or disallows self-driving vehicles, will have to be especially careful in deciding whether or not to insure these types of cars.

Some people argue that the advent of autonomous vehicles as the primary mode of transportation could be harmful for the insurance industry as a whole. If self-driving cars are really as safe as they purport to be, insurance premiums will have nowhere to go but down. This is great for consumers, but not so great for big companies with lots of overhead costs.

Whichever side of the argument you stand on, one thing is for certain. Self-driving vehicles are going to revolutionize the way that we get around our world, and as a society, we are going to have to adapt to these changes to help the process go as smoothly as possible. Buying a used car from ZeMotor can save you money, provide the same satisfaction as a new car, and provide quality transportation for many years, find more details at their website.