Slush, the SXSW of Scandinavia 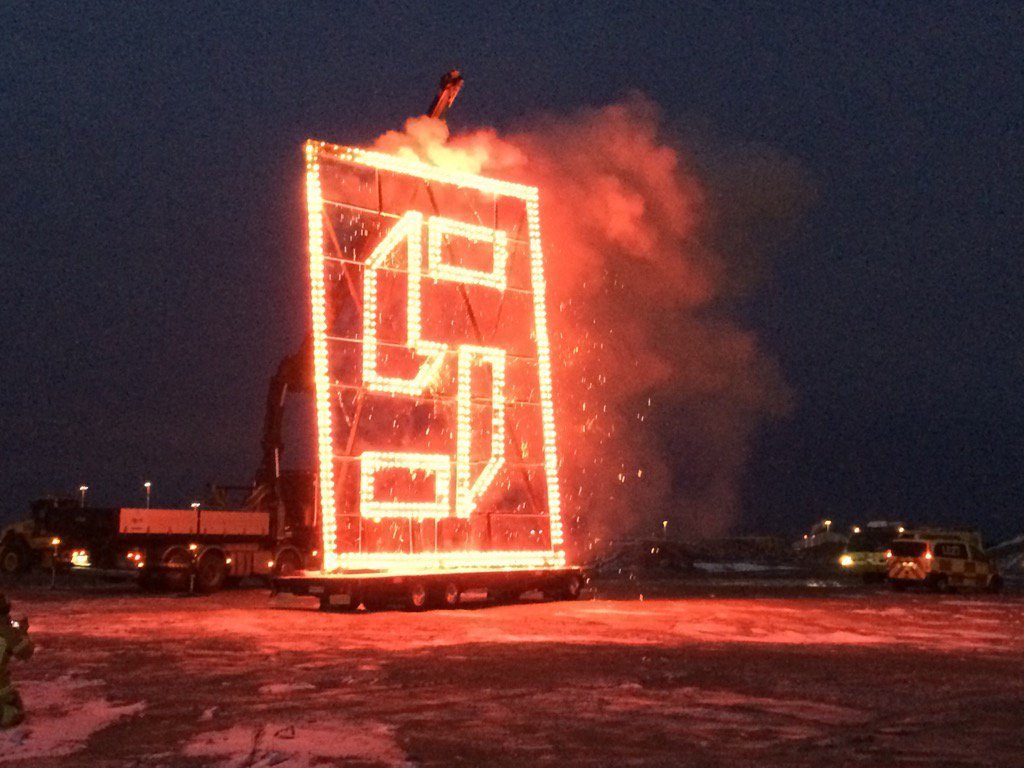 When’s the last time you saw pyrotechnics shooting from the main stage at tech conference? I bet never. Or body painting next to a Zuckerberg giving a keynote. When’s the last time you were flown across the world, landed the plane and were greeted on the landing strip at the airport with a huge fire lit welcome sign. Jyri Saraste tweeted, “Slush is not about startups, it’s about changing the world.”

Prolific investor Chris Sacca who has backed giants like Uber, Twitter and Stripe said about this Scandinavian conference “I’ve spoken on a lot of stages. But none of them have ever been on fire. Helsinki. Whoa.” 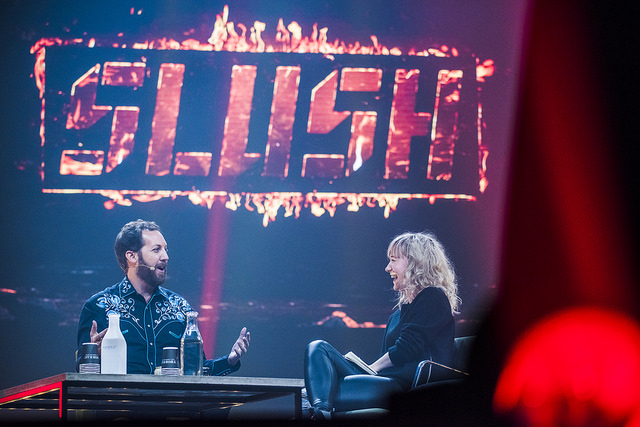 So the question is… why would Stateside power players be so out of their mind to leave 70 degree weather in the epic center of the tech world for the icey cold wet Nordic region. One word. Movement. Slush isn’t your average tech event, it’s a Movement. It’s accelerating not only a Nordic city and the lives of everyone in it, but Slush aims to have radical social innovation globally. Think TED meets SXSW meets a rock concert and throw in a comprehensive elite mentorship program. That’s Slush. A non profit that attracts top level diverse talent, run by students, to make global change. Yes students.

Slush is a student-driven, non-profit movement originally founded to change attitudes toward entrepreneurship. I hear every two years they change leadership teams passing the torch to an apprentice to take over each members place mentoring the new teammate to transition into their once in a lifetime new role. This includes a change in board members as well. Therefore Slush’s infrastructure in itself is an alternative high quality business education with a deep alumni network attached.

All the money made from ticket sales and sponsorships is poured back into production for future events so the Movement can grow bigger and bigger year after year creating even a larger global impact. Slush has grown from a 300 person assembly to a world-renowned event, now spreading globally from Tokyo to Beijing. The philosophy behind Slush has remained the same: to help the next generation of great, world-conquering companies forward. Speaker Adeo Ressi said from stage it is up to us ‘the attendees’ to fix the internet, make the world safe and innovate to prosper world wide.

Sangu Delle spoke on how entrepreneurs are transforming the African Continent. David Goldberg from Founders Pledge shared how they have helped facilitate over $100 Million to social good via founders sharing a piece of their exit money. 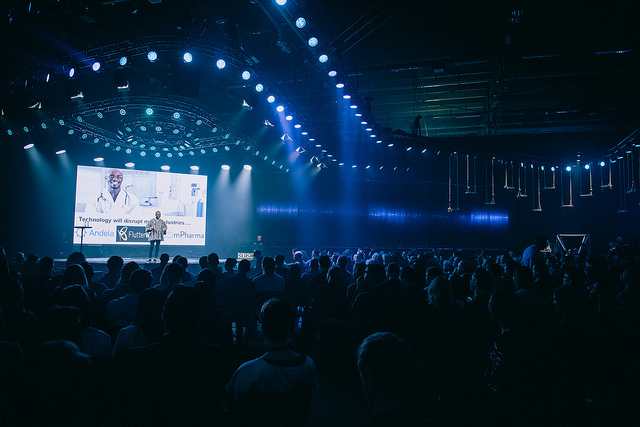 In September Finnair announced that they had partnered with Slush because they recognized it as Europe’s leading startup event and wanted to help speed up innovation within the country and advance digitalisation inside the airline. Joining Sacca en route to Finland were leaders in Stateside tech from 500 Startups Dave McClure to Stack Overflow’s Joel Spolsky, Senior Editor of Re/Code Ina Fried, Adeo Ressi from Founder Institute, even tech influencer extraordinaire Robert Scoble flew to Helsinki. Over 1000 venture capitalists are in attendance. Tweet with photos from the plane, https://twitter.com/Idean/status/803455501514076161.

Slush’s customer experience is bar none with an active live chat on web and a sea of dedicated volunteers on site. Everywhere you walk is eye candy from the tables decorated with electronics gadgets and dim lighting, fire light stages and a pillow filled Speaker Studio Q/A lounge. Their engaging humorous marketing copy on all sorts of signage would be the envy of any leading ad agency. For example their environmentally conscious trash bins have the banner, “Raw Material Collection. Leonardo DiCaprio would kiss you” and even a trash concierge stands next to the bins so you know where to throw your items. 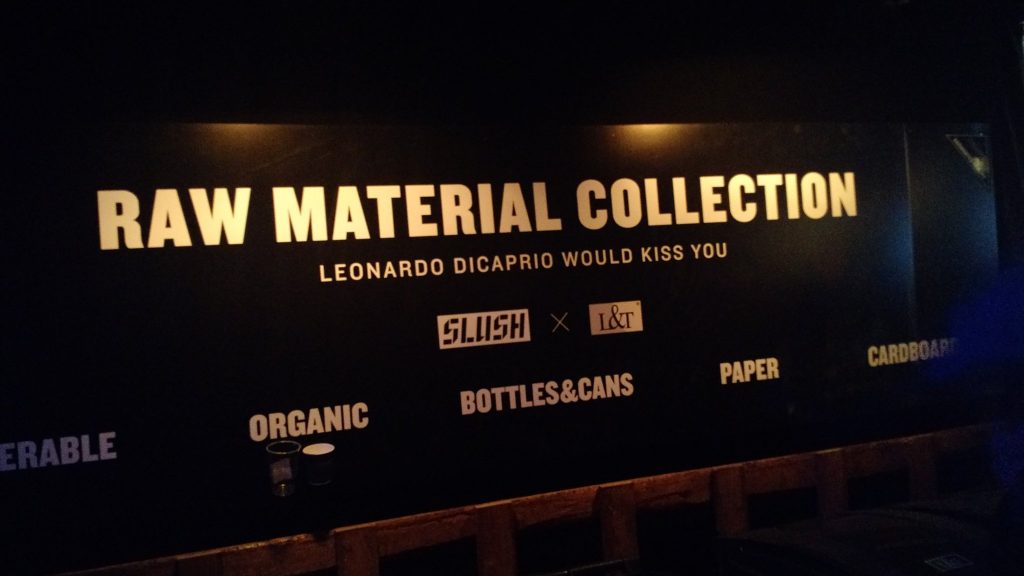 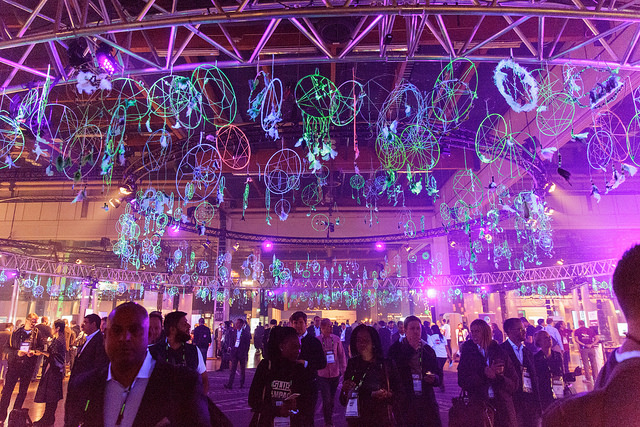 I’m here at Slush interviewing dynamic women in tech for the #womenintech Podcast and all interviewees have enthusiastically agreed they feel fueled and supported by the Slush community. Slush features many female speakers and celebrates women on the team including their current CEO, Marianne Vikkula. During one of the talks Chris Sacca championed how dynamic female led companies are and in the Speaker Studio Q/A session he wouldn’t leave the stage until the women in the audience had their questions answered.

All talks are live streamed so you can watch for free on Slush.org. I highly suggest you put Slush on your radar to attend in 2017. 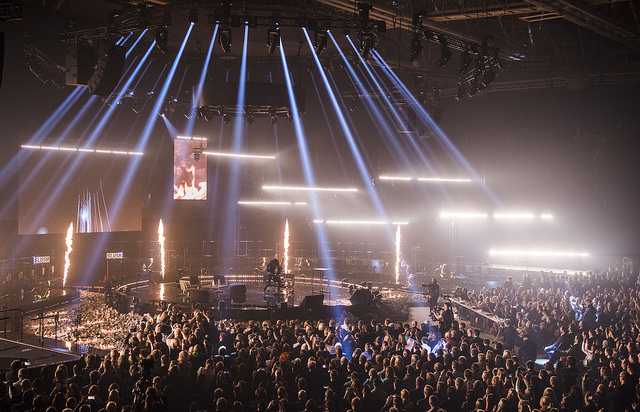