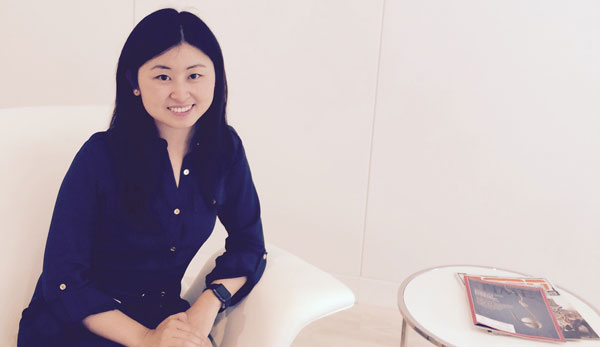 It’s a known fact that there are more men than women in tech, and those numbers aren’t getting better — in 2013, women held 26 percent of computing jobs in the United States, as opposed to 35 percent in 1990. Women are underrepresented in tech industries, and it has proven difficult to attract them to such a male-dominated industry filled with plenty of stereotypes.

Luckily, there are women who have made their mark in the world of tech, from Sheryl Sandberg, COO of Facebook, to Maggie Wilderotter, former CEO of Frontier Communications. Prominent female leaders in the tech industry are valuable role models for women who strive to make their way in the world of technology.

Jennifer Wang is one such role model. As a rising star in the tech industry, Wang is the current CMO of Dealmoon and the only woman among the company’s six co-founders. The daughter of a Chinese immigrant, Wang grew up on the streets of Los Angeles selling slippers and lighters with her mom. She has come a long way since then, putting herself through Berkeley, where she studied computer engineering. Her schooling led to a seven-year-long career in computer engineering. Not quite satisfied with the lack of human connection in life behind a computer screen, Wang worked her way into Dealmoon leadership after a fateful meeting with her future business partners at a soccer match.

The Successful Strategy Behind Dealmoon

Wang describes Dealmoon as an editorial style website where “editors” — staff members who specialize across verticals like Fashion, Beauty, Baby, Home, and Tech, among others — curate the best deals and make consumer recommendations. She stresses the focus on useful products that their customers will be proud to own. The site gets more than 13 million unique visitors per month, which Wang believes is due to the company’s emphasis on quality products and its strong following on Weibo, the Chinese equivalent of Twitter. With over 5 million followers on Weibo, Dealmoon markets heavily toward Chinese Americans and shares useful information for new immigrants to the U.S., including how to rent a house and buy a car.

Wang’s humanistic approach to the tech industry is surprisingly refreshing, and she calls attention to advice that other tech companies often overlook: be human and make connections. She is passionate about authenticity in customer interactions. She advises aspiring female entrepreneurs to take advantage of their ability to be compassionate and to think of the consumer’s perspective — what do they want and what are they asking for? This is a big part of why Dealmoon’s social media interactions on Weibo are so important and why the company’s CEO himself personally interacts and engages with users through this channel. “Treat comments seriously and make sure you ask the user for things at all times to get what they want,” Wang states. Wise words for an age where social media “word of mouth” reigns supreme.

Advice for Women in Tech

While now a confident woman with a strong vision, Wang wasn’t always so self-assured. It took her a long time to realize that she had a desire to learn and improve herself. She started quite simply, by listening more to people and asking questions. The more she learned from others, the less passive she became and the more her desire for knowledge grew. And when she started to bring that confidence to her Dealmoon partners, she became more of an active participant in the business.

“Always ask questions,” Wang says. “If you feel like someone is disagreeing with you, ask why and do not shy away.” Wang’s outlook on the world and her advice to aspiring female entrepreneurs and women with their sights set on a career in technology is a simple yet effective one: “If you want to change the world, change with the world, and then the world will change with you too. Be adaptable and flexible.”