Ousting and Taking Over | Cynaps Mint Replaces the Need for Headphones

Continuing on the path of consumer focused audio gear we’d like to introduce you to the Cynaps Mint. It’s a revolutionary device that we’ve watch grow from its early stages of prototype into a product that we think everyone should own.

The Cynaps mint is the world’s first 3D printed Bone Conduction Headset. It works like Lego and looks like a mint, just please try not to eat it. We realize that some of our readers may not yet know exactly what bone conduction is and we’re ready to answer that before we go any further.

Bone Conduction is a process that allows receiving audio through your inner ear through vibration while still allowing you to hear sound without blocking your ears. 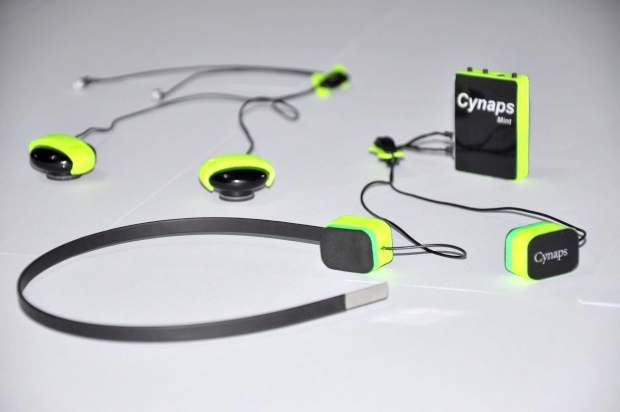 If you look around, there are several large name brands that are moving forward and away from your traditional headphone/earbud design. Brands such as Panasonic and Aftershokz both have some type of listening wear making use of bone conduction. One would think that with all of the financial resources they have at hand, they’d have a more audible product. Luckily for everyone, Cynaps is working to take the mobile audio market by storm. Especially for those who find customization important. 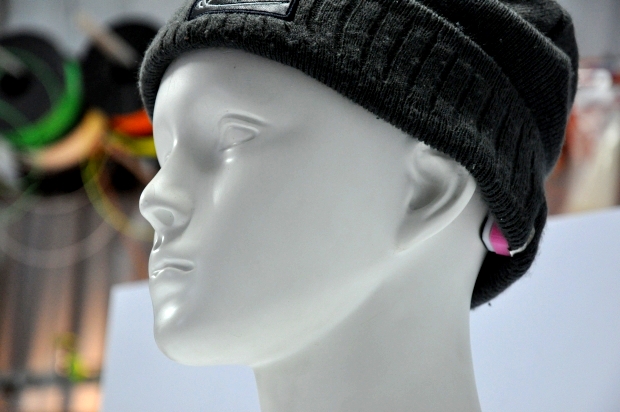 The tech behind the Mint is remarkably similar to that used with cochlear implants, the implants that allow the hearing impaired to hear by bypassing the damaged part of the ear using the cranial bone to transmit audio. The significant difference here is that the mint isn’t an implant but receives its source audio via Bluetooth and comes mounted on a headband. Further, they come with clips that allow users to mount them to just about anything you wear on your head. No longer are audiophiles restricted to obtrusive and clumsy headphones which need to be worn over or under headwear, now your headwear is your listening device. We’ve even seen them placed within motorcycle helmets.

Why is it cool? 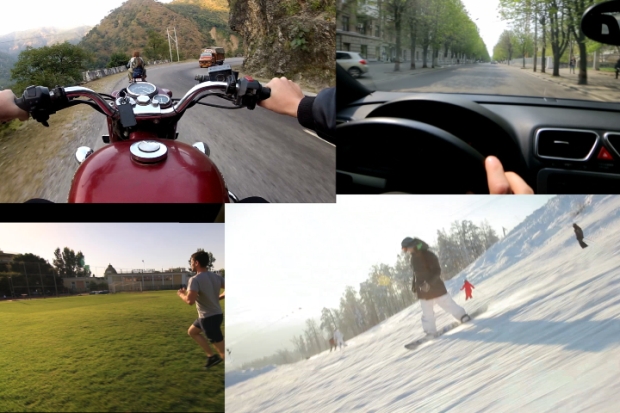 What makes the Cynaps Mint so special is its ability to allow the wearer to listen to music, videos and conduct phone calls in public places without sacrificing their safety. There are many cases in which pedestrians, drivers and cyclists have inhibited their location awareness through the use of headphones, (even with just one ear blocked) and ended up on the wrong side of an oncoming vehicle. With the Mint, these incidents can quickly and easily become a thing of the past.

What can I do with it? 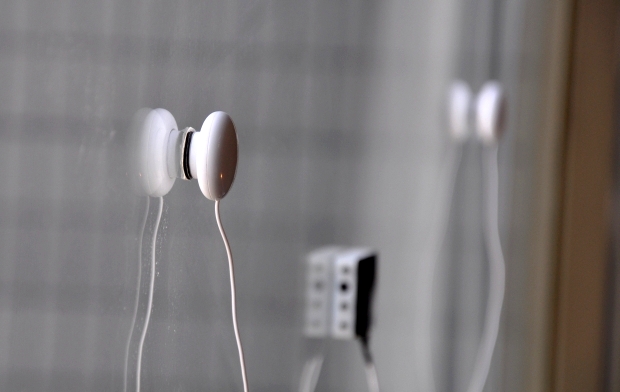 The versatility of the Cynaps Mint is another astounding aspect of the device. Not only can you place it on your head in order to hear your tunes, you’ve also got the option to place it on any hard surface you can think of and transform it into a full range speaker. How fun would it be to place a couple of Mint transducers against the surface of your computer desk, shower door, or hell, even your car’s windshield? We’re hoping that we get to be the first to place ten or so all around the interior of a car and see just how much we can make them thump as we travel down the road.

What are the specs? 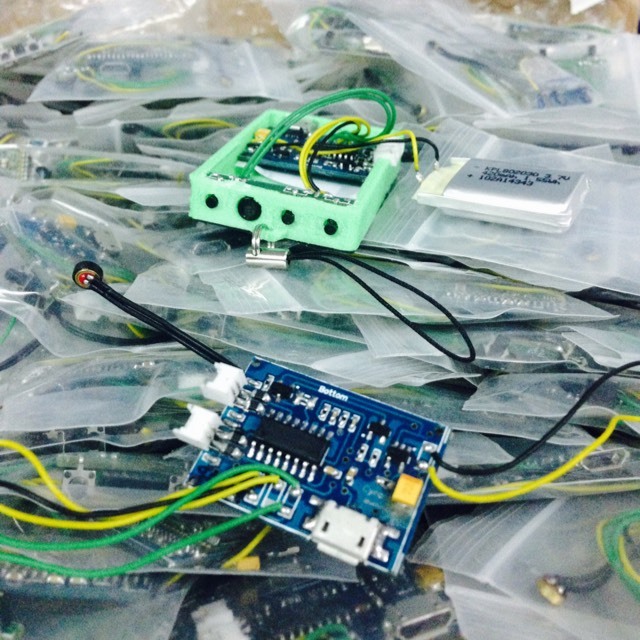 While we haven’t made a full spec comparison against the other bone conductive devices on the market, we’ve tested several of them and we’ve found that the Cynaps Mint provides a significantly louder resonance than the other’s we’ve tried. The Mint’s inducer has 6 watts of power going through it, which may not seem like a lot, but once you place the little device against your head, you’ll immediately realize that the Mint pack a powerful punch. Pair that with its 400Mh battery, and you’re setup for around 12 hours of playback on a single charge at typical volume levels. If you’re more prone to maxing out volume, the Mint does have a power dock which will allow you to play as long as you like, great news if you plan on making a desk speaker. 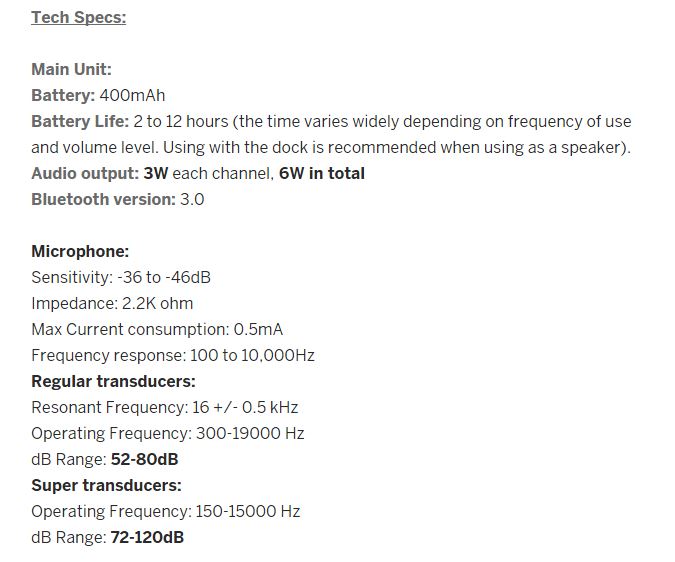 What does it cost? 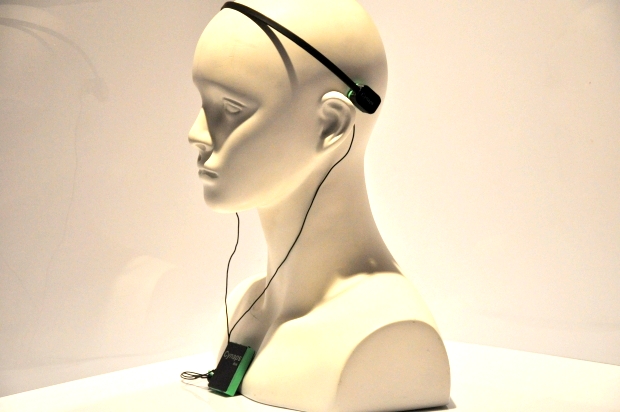 Cynaps is currently in day 12 of their Indiegogo campaign which ends on February 1st of 2015. This means that pricing is varied depending on what you’d like to receive. Unlike other products using crowd sourced funding, your contribution is not simply a payment of faith in the people behind it, but an actual pre-order. See, being the first 3D printed Bone Conduction Headset, the Mint has a manufacturing advantage over other merchandise. Being 3D printed, production time has been cut significantly. Cynaps has far more flexibility when it comes to fabrication. If they were using standard production methods, they’d have to wait months for changes to be made during testing. Instead, if they find a problem they can change it. If something doesn’t fit right, they can reshape the 3D model and fix it there on the spot without wasting time or resources. That being said, prices range between $14 and $579, the later bringing you 10 Cynaps Mint Full Kits.

When Can I have one? 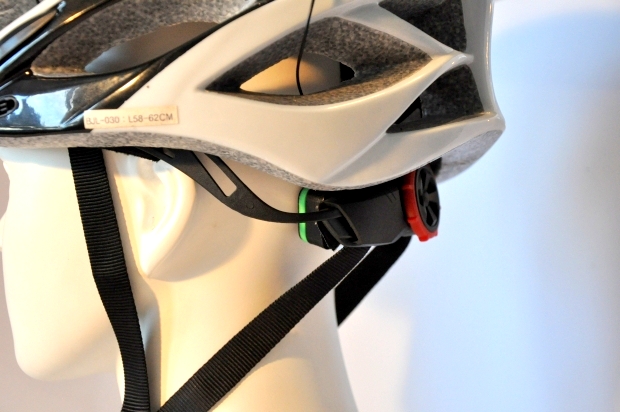 If this news has gotten you excited and you’re in need of a Mint right here and right now, or if you’ve waited till now to start your Christmas gift shopping, the Cynaps Mint is shipping out to contributors now. They’ve already sent out many of their $14-$19 kit orders and have been working hard to get first week contribution orders on their respective doorsteps by Christmas. If you’re curious, we can tell you that our opinion is that the product is worth your hard earned dough, and isn’t vaporware by any means.

Jordan can frequently be found either studying for his next certification or tinkering with his latest tech acquisition. Whether it's Wi-Fi, VR, Networking or 3D Printing, Jordan's eyes are on the latest and greatest.