Upstart | The Startup is You 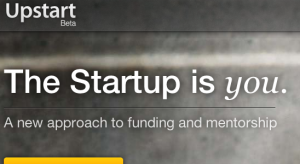 Dave Girouard the founder of Upstart posted yesterday,“Today is day one for our team. We’re excited to bring this new crowdfunding platform to life. Through one lens, it looks like a way for aspiring twenty-somethings to raise capital and find mentors that can help them pursue their dreams”.

Upstart approaches risk capital differently, investing in youth as they wait to fuel the next generation of entrepreneurs our economy so desperately needs with their future earnings as security not the project or idea or firm as they chase their dream career in whichever field they want.

Upstart raise capital in exchange for a small portion of their future income. Upstarts have to be ready and committed to build a compelling and worthwhile career for backers to back them.

The backers invest in the Upstart who in turn shares his or her income for 10 years.This allows them to pursue their dreams with guidance from backers who believe in their aspirations.

Upstarts create a profile and await its approval, and as they promote their offer, they also review and approve backers who fund them in increments of $1,000 and at times mentorship.

The upstart’s then build their business, test it viability and grow a team.  During this time they can use the money to also pay their student loans or debt and can also work to gain relevant experience in their fields of interest. 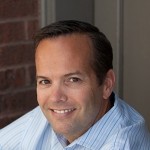 According to Girouard on his blog, two thirds of students in the US graduate with an average of more than $23,000 in school debt and end up jobless.

He adds,“I was thinking about these issues while still at Google. In hiring hundreds of kids out of school every year, we took an analytic approach to assessing which grads would be successful at Google – and it worked. Yet at the same time, most of these kids couldn’t put their hands on $30,000 if their lives depended on it, other than through credit cards”.

The method allows them to share a small percent of their income for ten years or early according to their tax returns. Upstarts payments are capped at a 14.99% annual return to backers.

Backers on the other hand active participants in building their upstarts career. Backers browse the profiles to identify high-potential upstarts according to their areas of interest or study.  Then back the students in increments of $1,000 and mentor them through the time as Upstarts share a portion of their income with them for a period of 10 years or less if they decide to pay off once.

The team of ex-Googlers lead by Dave Girouard, Upstart’s CEO former President of Google Enterprise say the simple idea is set to help college students do what they’re meant to do.  Girouard says “We noticed that too many talented college grads take jobs they’re not excited about, rather than following their true passion. Whether constrained by debt or just comforted by traditional career options, too many students take the perceived “safe path.”