You will hear from some of the most successful professionals of the new media space.  Checkout the line-up below: 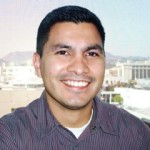 Alec McNayr is the creative director and co-founder of McBeard Media, a digital marketing agency. He’s led campaigns for 20th Century Fox, Disney Channel, Nokia, UCLA, and Pepperdine University. An expert in both creating content and distributing it across the Web, he recently worked with Fox to gather 1.3 million Facebook fans in 8 weeks for the feature film Vampires Suck. As a screenwriter, his mockumentary online series Flipper Nation was named a 2007 Webby Award honoree and was written up in USA Today, TV Guide, and BusinessWeek. He sold both an online and TV pilot to ABC in 2007 and has developed material for HBO. His popular humor blog HistoricalTweets.com was called “brilliant” by TIME and “LOL-worthy” by CNN, leading to a book deal with Random House. Historical Tweets: The Completely Unabridged and Ridiculously Brief History of the World is currently available online and in stores around the country. Alec also serves as an inaugural member of the International Academy of Web Television, the voting body for online video entertainment’s premier awards showcase, the Streamys.

ADAM CHAPNICK oversees Film and New Media at IndieGoGo, where he serves as CEO of Distribber.com, a new-model flat-fee distribution service that places independent films on digital sales platforms such as iTunes, Netflix, Amazon and Hulu while allowing filmmakers to keep 100% of their revenue.

Adam also proudly serves as Vice President of the Board of Directors of the International Documentary Association.