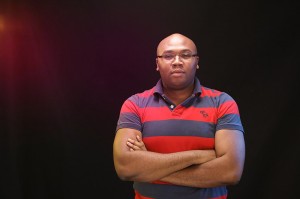 Armed with a BSc, Chemistry from The University of Manchester, Jason Njoku, CEO and Co-founder of iROKO Partners left London for Lagos in what could have seemed a wrong move.

But Jason Njoku with his fearless determination saw success ahead, the CEO and Co-founder of Iroko Partners, world’s largest digital distributors of Nigerian music and movies, with a library of over 5000 licensed movies. Njoku in April this year closed an $8m funding investment round from Tiger Global and another $2m from a Swedish firm, Kinnevik and still he says more is yet to come.

However building Iroko Partners was not a walk in the park.

Iroko Patners had, a souring relationship with YouTube, Google Ads Words, Amazon Web Services even though the movie streaming firm had about eight million YouTube streams a month, with a $1 million revenue run-rate in 2011.

TechZulu caught up with Mr. Jason Njoku and he had this to say;

When was Iroko partners launched?

iROKO Partners was launched in December 2010.

We are the ‘Netflix’ of Africa – with iROKOtv we stream Nollywood (Nigerian Hollywood) movies online, so they are accessible to anyone with an Internet line, anywhere in the world. We also have a music streaming service, iROKING, which has been dubbed by some as the ‘Spotify’ of Africa. We currently have around 35,000 songs online by about 200 African artists.

Firstly, Nollywood is the world’s second largest film industry in the world in terms of output; over 2,000 films a year are produced. Before iROKOtv, Nollywood was almost completely closed to the Diaspora – lovers of Nollywood were always dependent on getting their hands on DVDs from family coming back from Nigeria, or from local market stalls – DVDs which may or may not have been pirated. I saw how popular Nollywood was in the Diaspora, but also realized that it had no formalised or strategic distribution channels and that there was an opportunity to create a business model to spread this cult film industry to a much wider audience.

Why Africa in terms of why did we set the company up there? Well, that’s easy – we deal in African content, created by Africans, for (mostly) Africans. We needed to be on the ground, working face-to-face with the artists and producers, we needed local knowledge and passion and we needed a skilled team. We found that in Lagos.

Is Nigeria’s infrastructure-bandwidth good for iROKOtv?

It’s getting there – broadband penetration in Nigeria is still small compared to the West, but as demand grows, as the infrastructure is invested in and built, and as broadband costs fall so that the Internet is more accessible to more people, we expect iROKOtv to add even more registered users in Nigeria.

Tell us about funding rounds you have had?

It wasn’t really a case of ‘convincing’ anyone – our hedge fund partners, Tiger Global, approached us having read about us in TechCrunch and saw the significant potential in the company. They saw our passion for content, the Diaspora’s thirst for Nollywood movies, the site traffic and our plans to grow the company and we went from there. Naturally, there was a stringent due diligence process, and this took a couple of months. We closed on the final round of funding earlier on this year with Swedish-based hedge fund, Kinnevik.

How do Nollywood artists gain from Iroko Partners?

Their films now have far greater reach – they are now watched around the world, all day, every day. So for the artists affiliated to iROKO, they get to increase their fan base immeasurably. For producers (many of whom are actors as well, such as iROKOtv ambassador and Nollywood superstar, Uche Jombo) they now have a new revenue stream for their films – previously, they never received any money from online streaming of their films [most films online were pirated, so the producers were actually losing out] – now they receive thousands of dollars for the exclusive online licences to their films.

We can’t disclose revenue as we are a private company. However, I can tell you that until recently, our business model was based purely on advertising and yes, it was profitable. In July this year, we revised our business model and launched a subscription service, iROKOtv+. For only $5 a month, subscribers can access brand new Nollywood movies (made in 2012), streamed in HD. Subscribers can pay online and will soon be able to pay by mobile phone – it’s simple and safe. This is something totally new for Nollywood.

This is a new revenue stream for us and we expect it to grow considerably in the coming months, as our fans see the benefits of being the first to get their hands on the fantastic new movies that are being produced.

What pulled Bastian Gotter to Iroko? Is he comfortable in his role?

Bastian was there from day one – he invested his life savings into the company at its inception. As he saw the company grow so quickly, albeit organically, he felt it was the right time to get on board full time and take the all-encompassing role of COO. His business nous and attention to detail is critical at this point in the company’s journey and he is critical in driving the company forward. He has spent a lot of time in Lagos and knows the industry extremely well, so yes, he is comfortable with the new role.

Most popular film on the site?

I can tell you that our most popular film to date is Fazebook Babes – a classic!

Are you also in London? How big is the London team?

The team in London is around 15 people – mostly tech, design, business development and marketing people there.

Tell us about the New York office, is it up and running, does it still run Nollywood only?

Yes, it is up and running and the New York office is solely business development at the moment. The team is working with US-based advertisers, as well as exploring the TV and cable routes.

Its said, there is little innovation in Africa, what is your say on this?

There’s plenty of innovation in Africa – it just isn’t as widely reported as it should be. People in the West still see Africa as a struggling continent, and reports of new businesses and markets rising up are few and far between in Western media. There’s a wealth of talent out here, especially in the tech sector. It’s very exciting to see the enterprising minds out there, pioneering African business and commerce. Exciting times are ahead for African entrepreneurs!

What should we expect from Iroko Partners in the near future?

Everything and more. No, seriously, we’re spending time and resource looking at expanding our content – Nollywood is where we started, but we feel it’s time to add to our library now and we’re combing Africa for more awesome content – documentaries, series etc. We’re also looking into the TV and cable markets in the US – that’s a big area for us to look at and develop. Importantly, we want to spread incredible African creative content around the world – we want the entire Diaspora to have access to home grown entertainment.