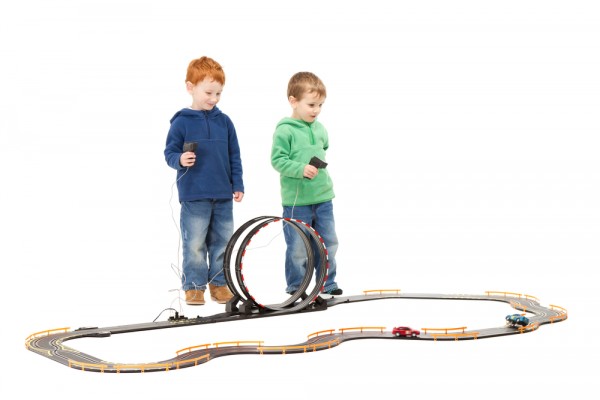 A series of reports are circling the web regarding a new top secret project being performed by Apple. This project has been confirmed to be focused on the building of a self-driving car. The project is officially known as Titan. No reports have indicated as of yet as to whether Apple’s new project will have similarities to other auto projects currently being undertaken by companies such as Google and Tesla.

As to what the final version of the vehicle will look like, several reports are confirming that the design of the new Apple vehicle will be a minivan. Apple has already made efforts to make a dent in the auto industry with its CarPlay technology, released in 2014, which is a software system that is designed to be used by automakers in order to integrate features such as iTunes, messaging capabilities, and mapping into vehicles being made by auto manufacturers.

One of the questions that has naturally arisen after the announcement of the new electric vehicle project is whether Steve Jobs would have approved of the concept or not. Steve Jobs, the former founder, chairman and CEO of Apple, passed away in 2011 following a cancer relapse and is considered to be one of the main driver’s of Apple’s successes in the mainstream technology markets.

As to whether Steve Jobs would have given his approval on the project, in an article by Nick Bilton of the New York Times Bilton states that, “In a meeting in his office before he died, Steven P. Jobs, Apple’s co-founder and former chief executive, told John Markoff of The New York Times that if he had more energy, he would have liked to take on Detroit with an Apple car.”

In a separate talk at Fast Company’s Innovation Uncensored conference, Mickey Drexler, CEO of J.Crew and member of Apple’s board of directors, also confirmed that Jobs would have been supportive of the new plan to design an iCar. “Look at the car industry; it’s a tragedy in America. Who is designing the cars?” Drexler said. “Steve’s dream before he died was to design an iCar.”

The advent of an electric vehicle from Apple could mean big changes for the auto industry, as well as, other technology companies. It is not clear yet what technologies will go into Apple’s version of the electric vehicle. In addition, there are other technology companies that have already ventured into this space. These companies include Google and Tesla Motors. As for whether the arrival of an Apple car is already affecting these companies, there are indications that this is indeed the case.

Elon Musk, Tesla’s co-founder and CEO, has previously confirmed during an interview with Bloomberg Business that Apple’s has been trying to recruit from Tesla. However, Musk downplayed Apple’s efforts at recruiting Tesla employees stating that, “Apple tries very hard to recruit from Tesla. But so far they’ve actually recruited very few people.” In addition, Musk mentioned specifically that Apple had attempted to draw in Tesla employees by offering them $250,000 signing bonuses, as well as, salary increases of 60 percent.

There are more than 50 former employees of Tesla that have been employed by Apple. However, Tesla has also confirmed that it has hired at least 150 employees that formerly worked for Apple. The two companies are already fierce rivals and Musk states that “From a design philosophy, [Apple] is relatively closely aligned.”

However, each company has taken a different approach to the development of the technologies needed to build an electric car. Tesla may have an edge in the battle because of their novel policy to remove all of their patents. The company says that it has done this in favor of the open source movement, for the advancement of electric vehicle technology. In a statement via the company blog, Tesla stated that, “We believe that applying the open source philosophy to our patents will strengthen rather than diminish Tesla’s position in this regard.”

When it comes to the race between Apple and Google, the two companies are already battling it out for the control over cars with Apple’s CarPlay and Google’s Android Auto. In addition, Google has already created its own version of the self-driving car, which according to critics still faces significant limitations and technological challenges as far as becoming a reliable vehicle to be used by the general public.

Who will win the race to the electric car remains to be seem. However, auto makers, such as Ford have made it clear that the two companies will not be allowed to have control over car technologies at existing auto manufacturers. In order to learn how disruptive Apple’s version of the car will be, we’ll have to wait until further details are released. | Images via shutterstock