Break Some Rules This Summer | Call or SMS as You Drive 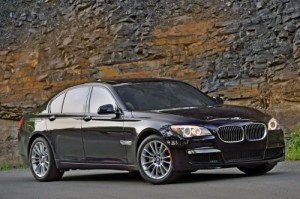 Calling or texting while driving is a traffic offence punishable under the US federal law.

But Nuance has cancelled it (sadly only for those with BMW 7 Series).

The firm this week launched a new feature for the 2012 BMW 7 Series, dubbed the Dragon Drive! Messaging. The feature will be extended on the BMW 3 Series Touring and BMW 3 Series ActiveHybrid vehicles  this summer.

Driver’s speech into email or SMS

The voice technology enables a driver to dictate a phone call, an email or SMS, edit it or read (listen) and respond to emails and SMS texts received without the touch of a button or touch screen. Users can also get directions for local businesses, search the web or ‘play’ a song from a particular artist.

The new Nuance powered BMW Navigation system Professional technology can also dictate the car to go to a commanded direction apart from the calls, emails and SMS. According to Arnd Weil, Nuance’s VP and GM for automotive the technology will allow people to interact with their loved ones and even do business as they drive.

The voice technology is expected to minimize distractions caused by mobile phones during driving. In 2010, the US government reported 3092 deaths due to distracted driving and 416,000 injuries caused by the same.

Nuance now will handle solving this.

The trial package is available for free for three months in English, French, Italian, German and Spanish. Thereafter one can opt for preferred paid annual software subscription.

Welcome to the future!

An earlier survey by market research and consultancy to the global electronics industry, IMS Research reported that the world market for connected cars will exceed 40.5 million unit sales in 2017, but Nuance’s more  than 70 million connected cars and 50 million navigation systems already tell we are in that future.