Today, we have Vince Leung, co-founder and operating CTO of MentorMob.

After a successful run through NYC-based Kaplan Edtech accelerator program (powered by Techstars), the team at MentorMob have been gearing up for a 2014 re-launch; same MentorMob name, but as Vince tells us, with a more community-based focus (don’t worry, a little more on that later).

The company’s original service still operates as LessonPaths.com – a platform for self-learning students and curators. By handpicking and curating playlists of high quality how-to media, LessonPaths offers concrete pathways to learning any skill, activity, or academic subject for even the most novice lifestyle learners.

Though full details on their re-launch are still under wraps, we’re offered a great glimpse into the inspirations that built the MentorMob brand and brought their talented team together under a single overarching passion: To help people learn new skills. 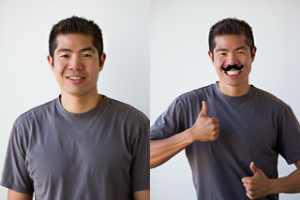 Vince and I begin our conversation with basic introductions about him and Co-Founder, Kris Chinosorn. Vince begins his story at the University of Illinois, where he graduated with an engineering degree. Upon completion, he moved to California and entered the corporate and tech space, going on to work with interesting projects for both enterprise and consumer spaces, like the original Motorola Razr phone.

Kris walked a different path (no pun intended, okay maybe a little) as an early dotcom entrepreneur. By working on projects with early stage employees at companies like Facebook and Google, Kris began thinking of ways to use technology and the Internet as a medium to solve what he felt was a worldwide problem. 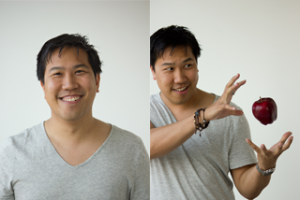 Though their backgrounds differed, they maintained a shared passion for learning. When was their inspiration for starting the company?

“It was something both of us personally experienced – by trying to consistently learn different things. We enjoyed teaching ourselves different lifestyles skills from a variety of interests.”

Vince tells us he was interested in photography, playing guitar, and building businesses, and Kris? Salsa dancing and rock climbing. In addition to the shared drive to learn, they also used the same methods in accomplishing their learning goals.

Want to Learn Something? Just Google It

Simple enough, right? Perhaps, but as Vince tells us, it can also be an infinitely frustrating process when jumping headlong into the infinite abyss of the Internet. By haphazardly creating a lesson plan through a loose conglomerations of videos, blog posts, tweets, and Internet cat videos.

He reminds us how difficult it can be for beginners to learn something new when the pathway isn’t clear. They knew there had to be a better, more efficient way.

Build Something You Need

By drawing inspiration from Silicon Valley’s startup culture and solutions, they sought to build something flexible and simple in order to solve (what they felt), was a universal problem.

“We believed with the right platform, a community of curators, and finding high quality expertise, it would be easy for anyone to learn any skill they want. We wanted to solve a problem that we had and share it with others who felt the same way.”

We move the discussion to the company’s beginning days of building, early challenges, and the things they’d learned.

“Because the project was bootstrapped, we honestly didn’t have a lot of money. Recruiting a decent team of people in Chicago with the right skill sets and drive proved to be extremely difficult, especially when you’re promising them a dream and little to no paycheck.”

A familiar story for many startups, but Vince and Kris were able to push through and succeed. By targeting individuals who shared their mentality and enthusiasm, they were able to find people who were genuinely excited about the work they’d be performing. This paid dividends for the company overall and provided them a solid takeaway:

“Find people who are truly excited about your idea and who can do a great job versus the person who only cares about the paycheck – even if they’re the best at their job function.”

What Would they Have Done Differently?

Vince wishes he had continued to network more and urges founders like himself to genuinely network with other entrepeneurs. Mirroring MentorMob’s community-driven mantra, Vince believes building up a support network is invaluable for any entrepreneur.

“It’s insanely hard to run a startup. That’s why you need that support system. Introductions to developers, advice and time with investors (if you’re fundraising), these connections are valuables in themselves, but more importantly, it helps to find people who’ve experienced the same things.”

Vince provides some anecdotes on team building, pointing out key figures and instances in the process.

“Growing up in Asian households (both Kris and Vince), we’d always been pushed towards “safer” job routes: Engineering, medical, law. When I quit corporate and started MentorMob, my parents didn’t really understand. They simply asked what I was going to do being unemployed.

When we got the invite to ring the NASDAQ bell, my parents really started to see validation for my vision. How we got the invite? The NASDAQ, being very supportive of entrepreneurship really enjoyed what we were doing. We were invited after winning a business competition in Chicago.”

What’s Next? Accelerators and More

Vince fills us in about the team’s move to go back to the drawing board after a successful run with the Kaplan Edtech/Techstars program. Remember, the original MentorMob is still intact as LessonPaths and will run concurrently as an independent service. Luckily, they built it with a strong self-serving community aspect so with users now driving the playlist curation, ongoing maintenance will only require the presence of quality community managers.

The details are vague, but Vince assures the post-accelerator relaunch (they finished in Fall 2013) of MentorMob will yield an actual destination where users can work together on topics. The community aspect is said to play a larger role and overall with the new service built alongside their users, rather than within a vacuum.

Undergoing the Kaplan Edtech/Techstars experience has prompted them to go back to the product drawing board:

“Our aim is to create a sleeker user experience in consuming content and learning both by yourself and with others. Key differentiators will be to make our users feel immersed in their topics and the challenge will be in getting our users connected in a meaningful way.”

Vince reminds us how easy it is for entrepreneurs to get bungled down by mountains of issues: development, timeline, partner, funding; literally hundreds of different things. Vince believes:

“At the end of the day, if you’re not appreciating the work you’re doing and having fun, it’s just a job and you’re going to burn out. You’d be surprised how far enthusiasm takes you.”

Along with Lessonpaths and the upcoming Re-Launch for MentorMob, the team’s passion for learning (and helping other entrepreneurs) has taken shape in the form of one of Chicago’s most successful incubator and co-working spaces: Catapult Chicago, a nonprofit venture, co-founded by Kris Chinosorn.