In our last article, I detailed the steps in trying to decide what sort of app you were looking to make. Once you’ve decided on an idea to move forward with, you’re ready to start deciphering the data you’ve compiled on the existing competition and choosing what to do with your own app.

The Hook Brings You back 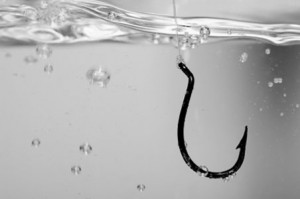 If you forget everything else I write about creating an app, remember this: every app needs a hook.

Whether you’re making a geo-location check-in app, a financial transaction tracker or a game of some sort, you need a hook to set you apart from the crowd. Above all else, your app needs something interesting and catchy that will make potential users take notice. Sure, you can make an app that’s simply a standard iOS or Android “list view,” but you’ll have a hard time getting anyone to download it, much less make it their primary app for that function.

And that’s the key with creating an app. You’re asking a user, who is most likely using another app of some sort, to give up their current favorite and give yours a shot. You hope they’ll like what you’re doing so much that they forget about the app they previously used. The top apps on the store have already found their hook and developed a powerful brand to help cement loyalty of their users. Once someone is using a product, they develop an affinity for that brand. You have to combat that with a better brand and a better hook.

Now, this hook can be anything. If all of the competition is boring to look at, then your hook could be that you’re the “beautiful” alternative. TweetBot, a popular iPhone Twitter client, has done this very thing, even though Twitter offers a great free alternative. Still, people have opted into paying a premium for the beauty and interface which TweetBot offers. Beauty is their hook.

Your research through apps will compile a large list of competitors. You should cull this list to the best of the best, those that have a large number of high ratings and gushing reviews. What is their hook? What makes them stand out from the competition? Once you start to list the various hooks out, you’ll begin to see a pattern and a place where you can fit in.

How Many Features Does My App Need? 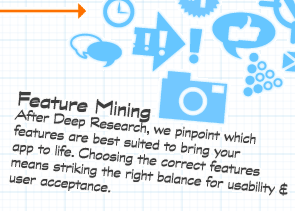 However, your hook can also be your feature-set. With your list of best-of-breed applications, you should also make sure to note how they are approaching the audience. What tool are they giving to help users accomplish their goals?

More than likely, you’ll find plenty of apps that are doing the exact same thing, with only a few differences. But you’ll also find a few apps that have taken a completely different approach than the others you’ve found. Now, ask yourself – was their different approach solid? Did it make sense? Or did it feel more like a gimmick?

Being different is a fantastic thing, especially when you’re launching. Choosing something completely outside the norm forces users and reviewers to make note of how distinct you actually are. That is, if you make sure your uniqueness isn’t superfluous, but something that genuinely helps your audience out.

For example, maybe you’ve played with a number of apps, but for some reason, no one has worked in the ability to make friends, share information and send messages back and forth. You may have now discovered a feature that can set you apart, but only if it makes sense in the context of what users want to accomplish.

If you’re making a personal finance app, this feature makes no sense. Why would I want to share my financial transactions or details with my friends? What would prompt me to post the amount of my last purchase at Target to Twitter? Or the current level of my savings account? To play devil’s advocate, you could assume someone may want to brag about their success, but is that something you want to promote?

There’s usually not a right or wrong answer, but whatever decision you make, you have to own. You can’t be lukewarm, and try to be everything to everyone. You can’t be Mint.com, but also let people boast about how they’re rolling waist deep in one hundred dollar bills. Instead, if you recognize that the boasting factor is where you want to differentiate yourself, you steer into the spin.

You make the financial app that is all about being a braggart. From your name, to your user interface, to the tone in your on-screen instructions, you promote the concept of being wealthy and not being ashamed of it. Call your app 1% and embrace your audience. There is typically cache and success to be found in a niche, but you have to understand and cultivate that distinctiveness.

With that advice, let me give you an important warning that too many “appreneurs” forget – just because you can add a feature doesn’t mean you should add that feature. Apps are small, they’re to the point, and we have dozens (if not hundreds) on our devices. The reason we call them “apps” is because they are bite-sized, typically one-task, pieces of software.

Users don’t want an app that does everything under the sun. The interface and the nature of tapping with your finger-tip doesn’t facilitate the sort of “catch-all” mentality that some desktop/web-based software has. Users don’t want to open an app and see 400 tiny links they have to go through. They want a concise direction, a clear intent and a direct path to accomplishing the goal at hand.

So even if you’re making a financial app and you want to allow folks to brag, how far do you go? Does it need to have a friends list? Or can you accomplish the goal of boasting through simple Facebook and Twitter integration. Does this app need to have FourSquare functionality worked in, so you can check-in to every place you purchase something or every time you go to the bank? Does this help users accomplish their primary goal? Or is it too much icing on an already sweet cupcake?

Next time, I’m going to talk about creating User Stories to help you decide what a typical user would expect from your app. From that, you will be able to more accurately pin-point what your app’s Version 1 will be, while insuring a stronger chance of ROI.

Q Manning is the CEO of Rocksauce Studios, an Austin, Texas based Mobile Creation Studio, and has been involved in the creation of over 60 apps. Q is a 16-year veteran of the tech & design industries, winner of numerous design awards, director of a feature film, and lover of karaoke. If you're in town, look him up and have a chat over a cup of coffee.