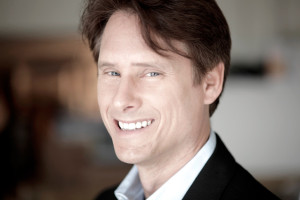 Digital Family Reunion is exactly what its name implies – a reunion of digital executives young and old who have helped shape Southern California into a leading hub for entrepreneurs. This year’s event returns to its original home at the Skirball Cultural Center on Wednesday, December 11 from 6-10pm. Register with TechZulu promo code DFR54  for a discount here.

Each year, DFR recognizes a special member of the community with their Digital Family Outstanding Achievement Honor. The award recognizes a person whose leadership, technical innovation, business acumen and community involvement have made a significant impact on Southern California’s digital media community.

Like so many community leaders who champion Southern California, Rutkowski shares, “I moved to Los Angeles in 2001 at the urging of friends in the business. People like Brad Nye who was organizing VIC at the time and even many of my friends in Silicon Valley were saying LA would become a hot spot for entrepreneurship. And they were right. It’s not just about tech here, it’s about all kinds of entrepreneurs.”

Rutkowski is perhaps best known as the founder of METal International, a member-led organization hosting over 50 events a year featuring the top innovators in media, entertainment and technology. As he shared with TechZulu, “I started METal as a lunch club at the Rose Cafe back in 2003. At least 80 people would show up every Tuesday.”

And he didn’t stop there.

Two year ago, Rutkowski decided to take his message to the masses with Business Rockstars, a radio show on KFWB News 980 offering an insider’s guide to startups in Southern California. Since then, Ken has interviewed thousands of founders about their lessons learned, and is now in talks about national syndication and even a TV deal. Staying true to form with promoting community, he has moved Business Rockstars to the coworking space Real Office Centers in Santa Monica, where you can now see the show in action.

Rutkowski will be sharing the spotlight this Wednesday with the SoCalTech50, an inaugural list of top up-and-comers in the Southern California tech scene. (Full disclosure: TechZulu’s Amanda Coolong was among the judges). Digital Family Reunion has officially partnered with Ben Kuo and SoCalTech to acknowledge the next generation of true technology influencers.

Watch the video for my complete interview with Ken Rutkowski above.