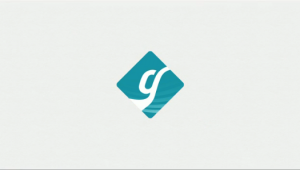 After a $13.9 million in Series A funding and a launch in Chicago, Getaround, is coming to a city near you to help residents make money from sharing their cars even on a full time basis, thanks to its beta service Getaway.

The peer-to-peer car sharing service is already available in Austin, Portland, San Diego and in San Francisco where it was founded and headquartered.

Late September the firm said on its blog, “Today, we are excited to announce that Getaround Chicago is officially open for business.”

The firm added that Chicagoans will be able to rent cars of their choice,from a Tesla to a Prius or a BMW.”

Getaround chose Chicago for a number of reasons. The city has a huge car overpopulation. The firm says there are almost 800,000 cars in Chicago. Sharing cars will reduce the pain of parking as each shared car takes up to 13 cars off the road.

This will even make the city more bike friendly.

The firm wants to help Mayor Rahm Emanuel and Transportation Commissioner Gabe Klein who have been working tirelessly on the new bike lanes.

The founders added that their goal is to reduce the number of cars on the road, and make it easy and safe for pedestrians and those on bikes.

Getaround is just weeks old in Chicago but it has over 200 cars available for rent, ready for sharing.

Getaround believes the nearly one billion cars on the road across the world are enough for all to share and it enables that through giving its members a chance to share their cars with their neighbors conveniently for both the car owners and renters and at affordable rates.

Variety of Cars and Affordable

Renters get a variety of cars to rent, from a Toyota Prius, to a Tesla Roadster to BMW’s among others. Beginning for as low as $3 an hour to over or around $350 monthly for the car owners.

Getaround was launched in May 2011 in San Fransisco by Sam Zaid, Elliot Kroo and Jessica Scorpio.  Getaround’s more than one day car service, Getaway is now available in beta for users in San Francisco and Chicago.

The firm says all rentals are covered by a $1M primary insurance policy from Berkshire Hathaway.