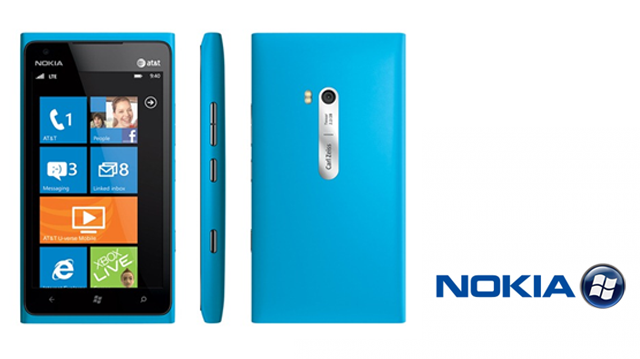 For the past week, I’ve been graced by the mobile-Gods with the new Nokia flagship cellphone, the Lumia 900. My immediate impression was, “what the heck is it with this awful blue color?” I also wasn’t expecting much, if anything, from the Windows Phone 7 (WP7) platform in terms of available apps in their marketplace.

Aside from the powder-blue coating, Nokia didn’t disappoint in the slightest with the build of this handset. The seamless design is smooth, feels great to hold, and is extremely easy to handle while using. The back surface feels rigid, and seems very scratch resistant. The positioning of the hardware buttons (power, volume, camera) are all on the right side. With a flick of the thumb, powering the screen on is mindless, and the volume toggle is smooth. The camera button activates the camera, focuses the camera, and operates the shutter. Overall, the actual build of the Lumia 900 is superior to any other handset I’ve toyed around with over the years.

The reception of the Lumia 900 seemed about on par with the handful of Androids I have. I didn’t notice any jitters or call quality issues, nor did phone usage seem to destroy the battery life. In fact, the battery on the Lumia 900 is pretty awesome. With a full day’s usage (reading twitter, watching some Netflix, downloading apps, making a few phone calls), the battery still had plenty of juice at the end of the day to continue, and then some. Of course, if you’re looking to buy one, don’t forget to review the best cell phone insurance plans. 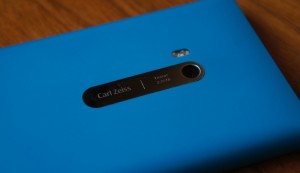 Carl Zeiss optics bringing 8MP of action to the Lumia 900 is great, and Zeiss has been a Nokia mainstay with camera hardware since they first released their high-end N-series in the mid-2000’s. The responsiveness of the camera software is clean, and the image quality is decent. The only complaint I have is the over saturation of blues. I take photography a little seriously, and even with the over saturation (which is probably just contrast compensation to keep it from looking like most cellphone photos: dull) the image quality is fantastic. Should you so desire, there’s also an application called Nokia Creative Studio in the Marketplace to allow you to choose a set of preset filters to muddy up the photo and lower the contrast/saturation, alter the hue and tint to your heart’s content. 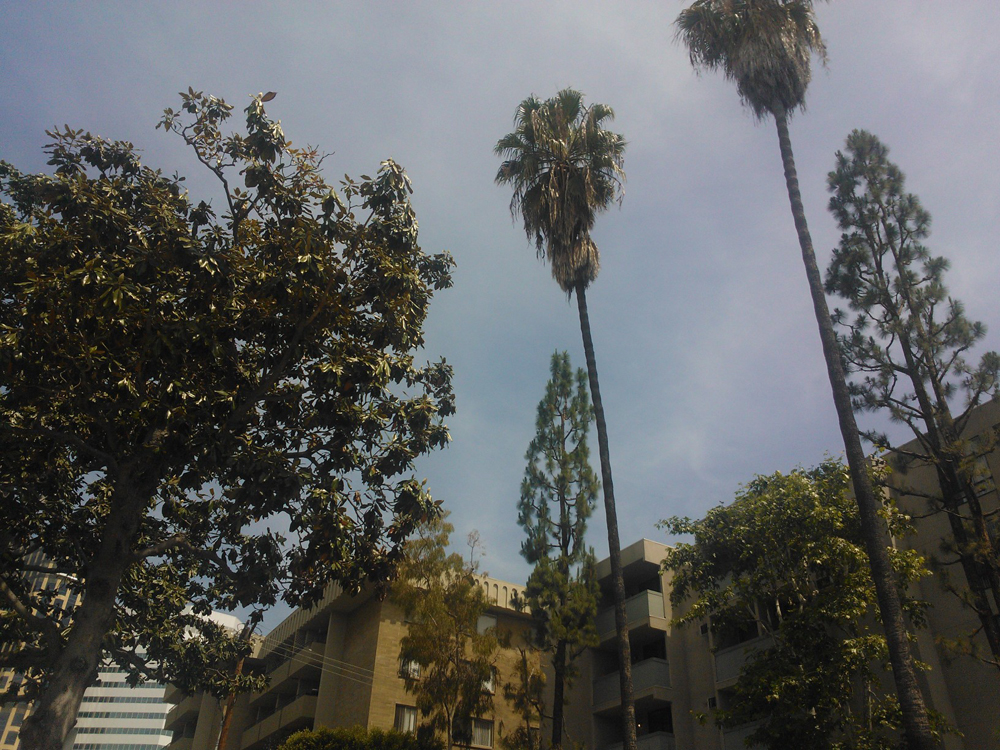 Sharing from the camera application to Facebook or Email is pretty straight forward, and in addition to Creative Studio, there are the standard editing options (rotate, crop, etc) built right in. I would like to see a cleaner processing of the images from sensor-to-save, but at least it’s not a dull, dingy experience – it’s vibrant, clear, and fast under normal to bright lighting conditions.

The OS and Marketplace 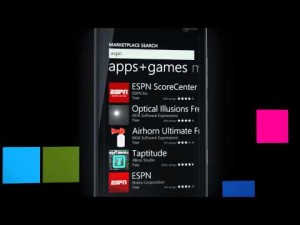 I was able to track down and install a few dozen free apps while I was testing the Lumia. I did see a number of paid apps that I would probably purchase had I owned the device. Most notable, the Twitter interface is lacking. I’m not sure what it is, but it doesn’t quite sit well with me. The Facebook’s app integration with the WP7 “People” application is confusing, but it grew on me, and now I see it as a convenience.

Windows Phone 7 also comes with a handy SkyDrive, Microsoft’s cloud-based storage solution, is actually quite easy to use, very simple, and works just as you’d expect if you currently use a desktop operating system. SkyDrive syncs photos, Office documents, and pretty much anything else you want to upload. I was relatively surprised that this service was as developed as it is, since I only ever hear about DropBox, and have been lost in the Google Apps world for over a year.

Nokia has a few featured apps as well, most notable is the incredibly well done Nokia Maps. Nokia’s navigation blows Google’s out of the water, no contest. My Android does rock Google Places, which is handy, but I noticed Local Scout powered by Bing installed out of the box on the Lumia, and it’s very comparable, and actually smoother to use than Places. 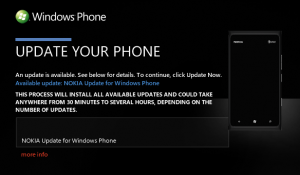 I’m not sure anyone had a Zune, but the desktop application for Zune is actually quite good, and as necessary as iTunes is to iOS for the Lumia 900. I think it’s a little unfortunate that Windows Phone went the Zune Desktop + USB route to install updates, but at the end of the day, it really wasn’t any trouble, and it was only for OS updates themselves, all app updates were available over the air; so this action will rarely be needed.

Music and movie file sync is fast and easy from Zune to device. I didn’t need to do anything funky to get Zune to recognize the Lumia 900, I just plugged it in, and it worked.

The second I put the phone in my hand I saw an ugly-blue but well constructed Nokia phone housing what I thought would be a wasteland of useless applications in the lack luster Windows Phone 7 arena.

What I found was an ugly-blue, very well built, amazing handset, powered by a thought out operating system that’s not just a copy of iOS, but rather a fresh, responsive, and intuitive interface that actually included a good-size list of useful apps, and even some completely useless ones.

It was a little bit of a bummer to see apps that exist on Android going for free sitting in the WP Marketplace for $2.99 and up, but I guess that’s just business. If I could get away with rockin’ a Flash Player port for Windows Phone 7 and charge people $4.99 for it – I would. So more power to the dev for being a capitalist.

For me, I love Nokia phones, I think they’re very well constructed, and after kicking and screaming when I heard Elop was ditching Symbian and Meego for Windows Phone 7, I ragequit Nokia and went all-in with Android. Now, after playing with Windows Phone 7 and the Lumia for a week, I must say – the only things holding me to Android now are: a few key apps that may still come out, the investment I have in the Google ecosystem, and the lack of push notifications in key apps like Twitter and Facebook.

So if someone out there wants to nudge Google to launch a Google+ app for WP7, I’d jump ship for this environment, just to have the Lumia 900 and a fresh, clean take on mobile interfaces. Hats off to Windows Phone 7, I honestly thought I was going to just be furious the whole time at Nokia for breaking down their ecosystem into hardware only. Apparently it was a damn good move, and if Microsoft can get a leg up on market saturation in the mobile space, Apple and Android will have some serious competition here, but that’s going to take a whole lot of marketing and quite a bit of time.