Is Scott Thompson Back at eBay? 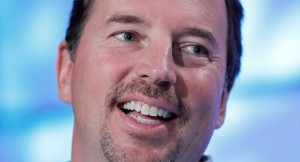 We reported here last week when  former Google number 20 employee Marissa Mayer was appointed Yahoo CEO and said what it meant for Yahoo, Marissa Mayer and the then interim CEO Ross Levinsohn.

Scott Thompson is back

Today we bring you what Scott Thompson is up to after he left the Yahoo! unceremoniously.

Now, forget the noise about his resume, Scott Thompson is CEO of  ShopRunner, a two year old startup partially owned by eBay and based in Pennsylvania. ShopRunner ships online purchases in two days for its annual subscribers. Complete with mobile apps the company is  piloting its own e wallet, PayRunner currently in beta.

Appointed CEO of an eBay startup

Thompson was received well by  ShopRunner President and CEO Mike Golden, who is also co-founder. Golden said, “We are thrilled that Scott has taken us up on our offer to lead ShopRunner’s continued growth.”

Thompson said that being part of ShopRunner is a tremendous opportunity and vowed to build on the firm’s established foundation. He said, ” While PayPal and ShopRunner are fundamentally different businesses, there are similarities in each of their success,”.

Thompson was CEO for Yahoo! since January 2012 but  Daniel Loeb with a 5 percent stake in Yahoo exposed his resume flaws forcing him to step down on May 13. But 54 year old Thompson claimed his stepping down was due to thyroid cancer, which he now claims to be getting over.

Thompson is well suited for this job after running online payment service, PayPal. He brings the startup massive experience as CEO of a top internet and media firm,Yahoo and with his experience at PayPal.

eBay last year bought ShopRunner owner firm  GSI Commerce at $2.4 billion but currently eBay has only a 30 percent shareholding. The startup  offers two day shipping for its annual subscribers online purchases  at a $79 one time fee. Some of its clients include  Sports Authority,Drugstore.com,NFL, AutoZone, Toys R Us, GNC,Lord  and Taylor and Petsmart.

Go for it Thompson!