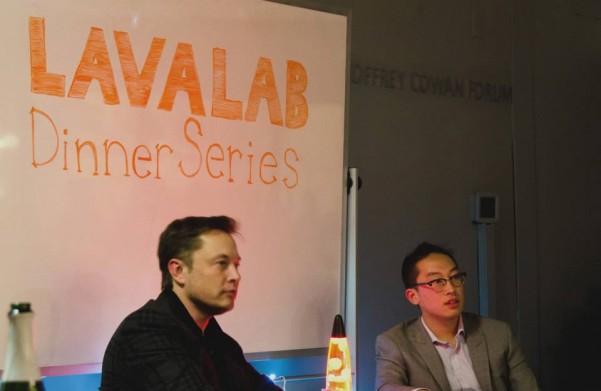 The most common question I get running a college talent startup is: “What is the entrepreneurship culture like in schools? And what is the talent like?” Most people agree that Stanford’s entrepreneurial spirit and talented students played a pivotal role in the growth and success of Silicon Valley. Many believe the same culture will be essential to the success of growing Southern California’s own startup culture.

The best person I know to talk about the growing entrepreneurship culture on campuses is Alex Zhang, a student at USC and the Managing Director of the student-run incubator LavaLab. Using advice about curriculum from the startup accelerator Y-Combinator and attracting superstar speakers like Elon Musk, Zhang has created an organization that is inspiring students to build great companies in Los Angeles. Zhang shares his thoughts about Los Angeles, incubator programs, and more.

What is LavaLab/what is the vision?

LavaLab is USC’s first product design incubator program run for students by students. Each semester, we admit an incoming class with some of USC’s most ambitious, talented, and diverse entrepreneurs to allow them to form teams and build products through the course of our program. Designed through constant iteration, advice from leading accelerators such as Amplify and Y-Combinator, and our own team’s pain points, we’ve created an eleven week curriculum addressing everything from user experience and brand development to market research and public speaking.

The vision of LavaLab is to prepare students, who aren’t necessarily at the right point to be starting companies, with the technical and operational know-how of building good products.

What are some of the biggest lessons you’ve learned while running lavalab?

You’ve seen a lot of products; what makes a startup stand out in the crowd?

When the product they are building is solving a problem I didn’t even know existed. Those end up surprising me as it sheds light on the fact that there are so many day-to-day problems out there and the most amazing products solve incredibly niche ones that the common person many not even know existed in their own lives. It’s a typical “Aha!” moment when you realize you’ve been dealing with that all along and you just didn’t think a solution could be designed around it.

What are some of the qualities from the best startups you’ve seen coming out of lavalab?

Clear distribution of roles. Shared passion around an idea. Resourcefulness to execute through ambiguity.

Who have you had at your dinners?

On select Thursdays throughout the semester, we invite established entrepreneurs or thought leaders to join our LavaLab teams for dinner and share their story in a private, off-the-record setting. In the past, we’ve had Jason Wei from Taggler and Elon Musk from SpaceX and Tesla. We’ve also hosted Jonathan Badeen from Tinder and WIll Hsu from Mucker Capital.

What is your process to convince somebody like Elon Musk to come to campus?

Patience, persistence, and a little bit of flair and whole lot of luck. It requires a strong memorable ask to the deep abyss of email that hopefully gets to the right person when they’re in the right mood. For this instance specifically, I emailed his direct email address after guessing it a few times (really, it’s not too difficult to guess) and was pleasantly forwarded to an assistant of his. From there, it was a clear ask, painting our story and seeing if he was free for one hour in the coming 4 months. After two weeks, we finally got a response and it was a simple, “Elon is interested. Please provide more information” and from there, the rest was persistently and constantly responding with information and negotiating times and rules to ensure his safe arrival and exit.

What have been some of the most valuable lessons teams have gotten from the LavaLab dinners?

I’d say the most valuable lesson learned from these dinners is really how seemingly average a lot of these incredible founders are. Not average in the sense of normal, but how they once were in a very similar spot, if not less exposed to enormous opportunity. There is definitely more than one way to success, however you define that word, and it’s extremely to realize that it is possible as it is often easy to get discouraged.

You’ve spoken with people who have run amazing accelerator and incubator programs, including people from YC. What are some of the lessons you’ve learned from them about how to craft a powerful and instructive curriculum for founders?

The most important takeaway after speaking with a director from YCombinator and sharing our curriculum and structure with them was the importance of finding a middle ground between work and play. While our organizations and programs are ultimately different, we share a similar time-sensitive schedule. YC has 3 months, we have a semester. The biggest challenge is providing the incubated teams with enough resources, workshops, and networking without distracting them too much from their work since at the end of the day, the goal really is to achieve growth. YC really has found that middle ground.

In addition, the most memorable piece of advice that has, and will always stick with me is the importance and ability to constantly be listening and watching. Like building a startup, the organizers of a program must constantly be examining its users, which in this case are the teams, and ensuring that they are being delivered a valuable experience. However, it’s important to note, like with any user testing, that complaints and suggestions should not be taken immediately but rather analyzed as a data set to make a more informed decision after taking in the bigger picture.

How do you think student entrepreneurs will affect the general la ecosystem for startups?

Student entrepreneurs are the future. Most importantly, because of the natural networking process that is occurring as a student in a large university. Whether or not these immediate products take off and achieve success, a network is still being built, connections are still being made, and bridges between brilliant people are forming that will eventually serve as the infrastructure for LA’s ecosystem in years to come.