Microsoft and the Blinding Power of Monopolistic Hegemony 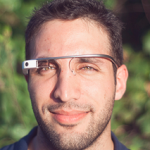 I am an incredibly lucky founder. My startup, Pristine, is piggy backing off of the success of Google, and even Apple, in many profound ways.

Pre-iPhone, people could only conceive computers as Windows-like desktops. A computer was not a microprocessor running an operating system, but rather a keyboard, mouse, monitor, and Windows.

Why? Why would people – not just laymen, but even technologists – allow themselves to be fooled by Microsoft into thinking that computers could only exist as Microsoft envisioned them? The simple answer is that desktop-bound Windows computers were the only form factor the world knew. People hadn’t seen them manifest as touchscreen cellphones, so they couldn’t imagine them as such.

The iPhone changed everything. Android accelerated the mobile revolution. And people’s eyes were opened to the fact that computers aren’t bounded to Windows.

Then the iPad happened, and the general public learned that tablets don’t have to be bounded by desktop-centric UI elements such as scroll bars, small buttons, and right clicks. With the iPhone as a foundation, the iPad accelerated the shift away from Microsoft’s vision of computing.

Because of the success of the iPhone and iPad with consumers and in healthcare, Pristine has been incredibly blessed to find a larger-than-expected niche of folks that simply accept that the eyeware form factor will change computing at the point of care. We’re seeing interest not just from IT staff, but doctors, nurses, and even administrators. It’s been incredible to see how receptive medical professionals have been to Pristine.

With hindsight, it’s easy to say “duh” about the iPhone. But pre-iPhone, the future of mobile computing looked bleak. Microsoft skewed the world’s perceptions: because they adapted desktop Windows to mobile, including a stylus and start menu, people never experienced computers that weren’t molded after desktop Windows. Had the iPhone and iPad not happened, Pristine would not be seeing the early success that it has been.

Microsoft’s hegemony over technology for the better part of 20 years is perhaps the single greatest form of destruction of value since the inception of the modern technology era. Although the proliferation of the monotonous Windows accelerated PC adoption by instituting uniformity, it subsequently slowed innovation in the world’s most innovative sector. This is only possible to assess now that the hegemony has been broken.

The power of hegemony is clear: an inability to understand how the world can function any other way. Now I understand why suppressive governments – such as those in Iran, Saudi Arabia, and North Korea – prevent their populations from interacting with Western Cultures and ideas. People can’t know if they don’t know.