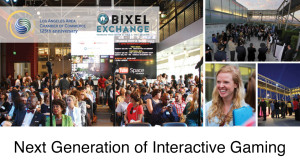 TechZulu is going to bring you all the action live at 5pm December 3rd from the Bixel Exchange emerging tech salon Next Generation of Interactive Gaming.  Join us for an exciting discussion of the trends coming in gaming, including technologies like the new Kinect, virtual reality headsets and new developments in augmented reality gaming. What’s currently possible with new technology in this exciting space, and what implications do these technologies have on other industries in Los Angeles?

The event will be hosted at Microsoft’s new campus in Playa Vista and for those that would like to attend in person still can.

Based in Los Angeles, California, TechZulu is an independent news organization delivering an insightful story of the technology industry by showcasing the very people creating it.