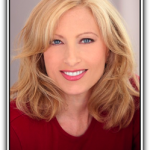 Join co-hosts Christina Gagnier and Lisa Borodkin Thursday, October 7 at 5:15 p.m. PT as they kick off the new weekly tech law show “TechZulu Law” with a discussion with IP attorney Denise Grayson, who portrays the attorney of Eduardo Saverin in the film about the early days of Facebook, “The Social Network.”

TZLaw is a weekly, 45-minute live-streaming talk show hosted by Lisa Borodkin and Christina Gagnier. The show focuses on legal issues surrounding startups, entrepreneurs, venture capitalists and emerging technology. As lawyers in the social media and Internet law space, this duo brings to the table practical experience counseling clients in real time and explaining breaking legal news in plain English. Live Tweet your comments and questions to @TZLaw with hash tag #TZLaw or join us in the chat room. 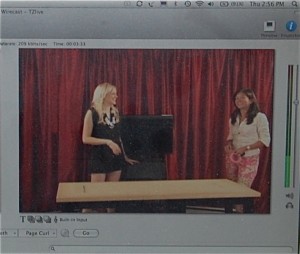 Christina and Lisa are looking forward to talking shop with Denise Grayson, an IP attorney and actress who portrays an intellectual property attorney in the film about the early days of Facebook, “The Social Network.”

Technology and IP law are at the forefront of the movie, and themes include common issues in startups regarding cash flow, IP rights, tech development, product design and distribution of equity. The production and marketing of the film (made from a script written by Aaron Sorkin based on the book “Accidental Billionaires” by Ben Mezrich) itself breaks new legal ground in the area of life rights, the First Amendment and Facebook’s decision not to accept advertising for the film.

As an attorney, Denise is familiar with the inner workings of the tech world, having worked in the early days of the Internet boom and as in-house IP counsel at financial firms UBS and Bankers Trust. In “The Social Network” Denise portrays Gretchen, the attorney of Facebook co-founder Eduardo Saverin. In addition to acting, Denise, a member of the Florida and New York bars, does pro bono mediation in California. 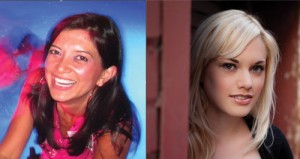 Lisa Borodkin and Christina M. Gagnier are forward-thinking Los Angeles-based intellectual property attorneys and online journalists. They co-author a legal column on ethics in the social networking age for California Lawyer magazine and have presented together on Gov 2.0 Radio, and at Fashion Camp LA , Gov.20 LA and the LA Media Reform Summit.

Christina leads the Intellectual Property & Technology practice at Gagnier Margossian LLP. Gagnier serves as the Chief Executive Officer of REALPOLITECH, a digital public relations and web strategy consultancy. Gagnier consults technology firms on policy issues ranging from patent law reform to communications issues, such as Network Neutrality. Gagnier’s primary research concerns issues of cyber rights and the intersection of on and offline action. Her forthcoming publication, On Privacy: Liberty in the Digital Revolution (Spring 2011), grapples with impacts of individual behavior online on our legal rights to privacy. Gagnier has customized Gagnier Margossian LLP’s technology practice to broadly serve the needs of “startups.” Working with artists, Web TV writers and producers, Internet companies and mobile application developers, Gagnier provides digital strategy advising to clients who are often times navigating uncharted legal territory. Christina holds a B.A. in Political Science and Sociology from the University of California, Irvine, a Master’s in Public Administration from the University of Southern California and a J.D. from the University of San Francisco.

Christina blogs in the Technology section of The Huffington Post. She is frequently invited to sit on panels discussing issues like Information Privacy, law in the digital age, Government 2.0 and citizen engagement. She has also been a guest commentator on TV shows like Russia Today’s CrossTalk and NBC’s Press:Here.

Lisa leads a private law practice in Los Angeles focused on the intersection of technology, law and media. She has specialized in entertainment and Internet law since 1998. Her practice has evolved with the Internet, from meta tag infringement, cybersquatting, and Napster, to technology IPOs, file-sharing litigation, Web 2.0, reputation rating websites and advising technology startups. She has represented AOL, Network Solutions and entertainers such as Dr. Dre and Metallica as well as emerging web television producers in transactions with major film and television studios and online web television distributors. her IP litigation focuses on impact cases affecting rights in the Internet age. She is a member of the Academy of Television Arts and Sciences Interactive Peer Group and is immersed in LA’s technology startup community. Lisa received an A.B. from Harvard College, a Master’s degree from the University of London and her law degree from Columbia University.

Lisa blogs at LAist.com on technology, entertainment and sports news as well as at her personal blog at lisaborodkin.com. She has also published in the San Francisco Chronicle and Columbia Law Review. She has guest lectured on cyberlaw at USC’s Annenberg School of Journalism. She was a keynote panelist at BlogWorld 2009 and has been a guest on the Peter B. Collins radio show and the award-winning “Lawyer2Lawyer” podcast.

We look forward to having you join the TZ law community Thursdays at 5:15pm!