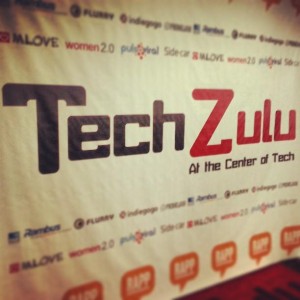 TechZulu has been covering the South by Southwest (SXSW) Interactive festival for five years now, and we’ve seen a lot in that time. We remember when Foursquare was battling it out with local Austin competitor Gowalla, and when Brian Solis would instigate pop-up champagne parties at the Driskill.

Naysayers will tell you SXSW has sold out with its long lines and big corporate branding, but there’s no arguing the city that keeps it weird still has an allure that keeps us coming back.

What has changed is the maturity of products being previewed, and where they go to get noticed. Over 30,000 people registered for the conference this year, and that’s not counting those who descend on the city without a badge.

Needless to say, your chances of bumping into Robert Scoble on 6th Street to show him your beta are much slimmer than in 2008 when there were only 9,000 registered attendees.

This is precisely why we worked with SXSW to launch the TechZulu Trend Lounge. As conferences grow, it becomes challenging for early stage startups to get attention and valuable feedback, so we created a stage for them at the Hilton Garden Inn in the heart of downtown.

Throughout each day we live streamed interviews to our worldwide audience and brought in supporting partners like RAPP, IndieGoGo, Flurry, Rambus, AT&T, PromoJam, MLOVE, PulsoViral, D&B Credibility, Women 2.0, PopTag and Sidecar to round out our programming. Oh, and did we mention the dedicated WiFi (a notorious problem at SXSW), on-site bar and expansive views?

We aimed to re-create the more intimate setting of earlier Interactive festivals, while at the same time offering broader exposure beyond the city walls, and it worked. Early products received meaningful feedback. Partnerships were forged. Shared experiences were had and friendships made.