Twitter continues to move into new directions of social media, broadening its offerings. Today, a video partnership with the BBC was announced via (what else?) a tweet that the pair would create the first in-Tweet branded syced video to entertainment series. An interesting announcement fast on the heels of another announcement that the new Twitter #music discovery app is live today. Not to be outdone by innovations from Google and Facebook, Twitter is finally getting into the time currency engagement race for eyeballs with fresh spinoffs.

Twitter has been making the network rounds of late, while rumors of talks with NBC and Viacom surfaced earlier this week around integrating video clips into its timeline. Today some sort of in-stream deal was announced with BBC America that promised in-Tweet branded video synced to an entertainment series. Now this sounds familiar. If you have ever played with WatchWith, GetGlue or Viggle or any of the other multitude of upcoming Second Screen apps that sync with Twitter, you already know what it is like to watch and tweet at the same time. American Idol has been playing with live synced tweeting for years. Now it appears that Twitter is going to try to cash in on the lucrative TV-Twitter experience in some way by creating their own technology around it. Typically third party apps have figured out profitable uses for Twitter long before Twitter has figured out ways to monetize Twitter. How this will work exactly is unclear, and more details should be coming soon. It is worth mentioning that Twitter’s shiny new video app Vine debuted earlier this year and was the result of buy out in January. 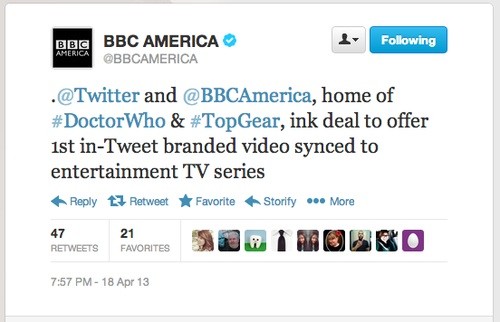 Like so many things, Twitter and music just go together. Twitter has had its own dedicated music handle for several years now, @TwitterMusic, and has made sure to cover major music industry events with a Twitter presence. It was less than a week ago that Twitter acquired the music discovery site out of Australia We Are Hunted that follows emerging trends in music and updates worldwide top music lists continuously. Then today, viola!  Twitter #Music announced a new Twitter #music mobile app with a website version! The app will help you connect and discover music from friends, what is trending and what is hot in cyberspace. Rdio, Spotify and iTunes–Rdio and Spotify supply the songs and offer full track play for subscribers. More reasons to stay on Twitter and connect to the music you love either by following your favorite bands, or discovering new ones. 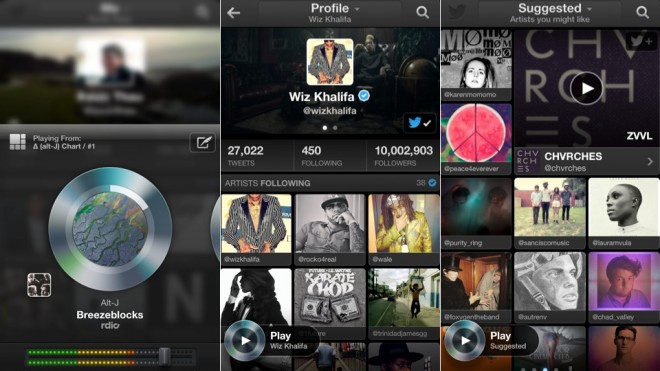 Not all Twitter acquisitions leave a warm fuzzy feeling. Twitter bought out the popular microblog site Posterous last March in an acqui-hire move to capture talent. Sadly, Posterous will be shutting down service for good at the end of this month on April 30. Posterous is offering digital downloads of blog content for bloggers to transfer over to another service until then. Will Twitter be taking on Tumblr soon? Time will tell. 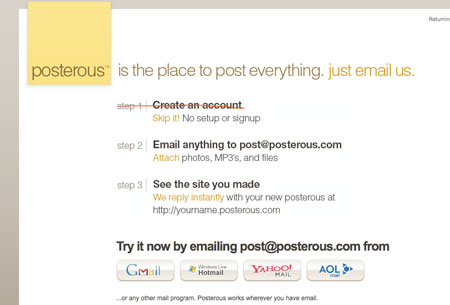