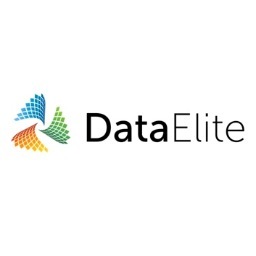 Data Elite launches at a time when most needed as most big data companies lack the much required funding and incubation. Those that are there, have no knowledge of big data.

“Big data is solving big problems and we need a home to foster the next generation of this unique breed of scientist. This is the vision of Data Elite and why I’m excited to be on board,” said Ron Conway.

“There are many funds, incubators, and accelerators out there that entrepreneurs can turn to today for general business advice. However, none of these programs have the industry knowledge to help highly technical founders in the data sciences to commercialize their research or build out their products,” says Chamath Palihapitiya, Founder and Managing Partner at The Social+Capital Partnership. “Data Elite was formed to bridge this gap, with hands-on support from today’s most accomplished and knowledgeable data scientists.”

The package of a lifetime

Data Elite startups will give a minimum of $150,000 investment, through common stock purchase and convertible notes, over 60 hours of business development, access to big data decision makers from Fortune 500 companies, direct connections with world-class Silicon Valley’s investors for follow-on funding and access to free office space in San Francisco. This package is however not for everyone.

Wanted: Companies that use data to drive big disruption

Beginning January 15 2014, Data Elite is searching for companies that use data to drive big disruption. Applicants to its three-month program should have at least five years data know-how or from a data-related field. Data Elite pick just 5-10 companies then within months transform them into entities with clear industry traction.

There’s no room to fail.

No room for failure

Joe Lonsdale, Partner at Formation8 and Palantir co-founder says that world-class advisors are one of the most important determinants of success for a young company, and Data Elite has them.

He said, “We are extremely excited to support such a unique launch pad which shares our common love of data science and desire to support companies tackling deeply important challenges facing the world today.”

Jump on board, applications are open for individuals and teams until December 15th, 2013.