TechZulu: Let’s start with an easy question.  What’s Manatt Digital Media all about?

Hale Boggs:  Think of Manatt Digital Media as a one-stop shopping for digital media companies.  We are connected with Manatt, Phelps & Phillips.  We have been based in LA for around 45 years and we have deep roots in entertainment and media.  On the legal side, my practice in North California and we have an advertising and media group in New York City.  We bring all three offices together and we combine that with business advisory capabilities.  We hired Peter Csathy in May of this year.  Peter is an entrepreneur and founded and exited four digital media companies, he is going to be building with us and bringing a capability of advising and consulting digital media from startups to big brands on their digital media strategies.  Manatt Venture Funds, which we dedicate a specific portion of our funds to targeted digital media investments, is also part of the Manatt Digital Media network.

HB:  I would say nationally.  We have represented and continue to represent companies internationally.  But in terms of where we have a physical presence we are headquartered in LA, big office in New York City, significant presence in Palo Alto, an office in San Francisco, and an office in Washington D.C.  We kind of feel like those are the markets that matter to digital media companies in the United States.  When we are dealing with international issues, we are partnered with strategic affiliates.

How is the LA startup scene?

HB:  It’s really encouraging to see what is going on here.  I have been in LA since 1990 when I joined Manatt.  Generally, LA was not that active during that time until about three years ago.  When you had an explosion of content developers that wanted to be in LA with all the resource that the entertainment industry has available here, all the creative people want to be here.  With the ability to get companies up and going with lesser capital needs means you can grow quickly.  That’s what happened.  I think it’s fantastic and real what is happening.  I think there is a ton of opportunity here.  You have money from Silicon Valley coming down here and all the accelerators and the emphasis on the startup scene.

What lies in the future for LA startups?

HB:  I think the big challenge for our market – which isn’t a secret – is not withstanding all this energy and entrepreneurial activity.  We need some big exits.  We still need some IPOs and some big trade sales to happen to validate the market in a big way.  I mean we had our share.  But in terms of what is going on in Palo Alto, it’s still a very small number.  I think from the perspective of real credibility, what we need is venture capital in the private equity marketplace.  We are at that place now where companies are moving along the spectrum and we will see some good exits.

Are there any other problems LA needs to fix?

HB:  The best thing would be an influx of capital.  More interest and money invested in LA.  No matter what we say, the statistics are what they are and invested capital in Silicon Valley still dwarfs Southern California.  I think the best thing for this region would just be additional money coming here.  It is happening to a certain extent as some of the Silicon Valley firms are a lot more active down here than they used to be, you got guys down here checking out companies and doing their diligence.  I still think that’s a big problem.  There’s still only a half-dozen or so indigenous VC firms that are of any scope.  Until there is a bigger number, we’re still going to have a problem.

What is the Siemer Silicon Beach Summit all about?

HB:  There are two major objectives to achieve.  The first one applies to a lot of these types of conferences, regardless of geography, by bringing creative, like-minded people together to share ideas and making connections over interesting subject matters and interesting speakers.  The second one, which is more relevant to LA and Silicon Beach, is to promote the LA/Silicon Beach startup and growth stage ecosystem.  To get people who are not familiar with it, to understand that there is a lot of activity here and that includes a pretty significant international component.

What would you say to those who didn’t make it to the Siemer Silicon Beach Summit?

HB:  One of things I think about is LA’s startup scene and what’s going on here is just this well of creative content production.  I don’t think there is any region in the world as creative as Los Angeles when it comes to content, especially video content, which is increasingly important I think in terms of marketing spending going to mobile devices, so much now is happening with video content production and that becoming the medium for revenue generation.  When you think about who makes video content, it’s the people in LA.  We have been doing it since the 1930s.  I really do think that is an important message to get out.  The trends will only continue to ramp with video becoming more important as a way to target consumers with smart marketing as it is done by experts at GoHighlevel.

What is the “Wave Maker’’ Awards about and how do you choose a winner?

HB:  There are several different award levels.  There will be various award winners in different categories, which will be called “Wave Makers”.  Any one of those companies is eligible to receive the “Big Kahuna” award which will be presented to the company that judges determine having the best potential for fast revenue generational growth.  The recipient of that award will get a prize of $50,000 from Siemer Ventures, $25,000 from Manatt Venture Fund, $25,000 in legal services, and additional services from other sponsors. 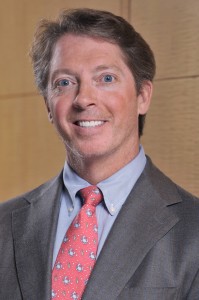 HB:  I think everything is going to mobile.  If you look at the trend lines, I think about it as commerce which is what ultimately business is all about.  Commerce to me, involves a lot of advertising spend.  In terms of where businesses make money, it’s often as a result of advertisement spend.  Traditional advertisement isn’t as popular anymore.  Every major brand has a digital marketing strategy.  Within that strategy, almost all of them have a mobile component.  The data is increasingly showing that mobile marketing works and the most effective target, because it’s real-time.

We tend to do a lot of things around the music industry as well.  I think you are going to see some interesting ideas around ticket sales, maybe some changes and disruptions in that market.  I think there are a number of companies that are thinking of better ways to market and sell at events then just going to a big ticketing company.

What do think of crowdfunding?

HB:  It is inevitable to have crowdfunded businesses that will compete with businesses with more traditional investors.  I’m not certain if that will displace that market anytime soon.  I think that there are enough barriers for it to be awhile until it is fully embraced.  There will be some problems.  There will be the big crowdfunded company that goes bust and people without a lot of resources lose their invested money.  That really hasn’t happened yet, but as with anything there will be some growing pains.  That’s going to happen and it will be interesting how the market reacts to it.  Bottom-line, it’s here.  You are going to have competition in the angel round and seed stage for the next couple of years.  I don’t see crowdfunding in later stage deals as I don’t think that model works at that stage where too much money is needed to be raised.

What advice would you give to those looking for investments?

HB:  I think it is really important to have a really strong team.  Ultimately, most investors are interested in the people they are investing in.  The product, the idea, and the concept are really important, but ultimately it’s the people.  If you are someone with a great idea, make sure the team you’re working with is compatible, comfortable, and respect each other.  I have seen enough in my career where you have dissension and problems among the founders and that just blows things up.

I think it’s important to have good advice early from attorneys and other advisers.  I know it’s a little self-serving, but I really do believe this.  There are plenty of people out there, our firm included that will have initial consultation without charging you for it.  I just think there are a lot of people that are nervous about doing that and think that costs them a lot of money.  I really think that is short-sighted.  Similarly, I would stay away from the online providers.  You won’t get tailored advice if you do that.

I think you need to be prepared to hear “no” frequently and not think it’s an indictment of you and your idea.  It’s just the reality of the system.  Every investor is inundated with many, many more opportunities than they can fund, so they have to say no.  Don’t get frustrated.

Don’t go out to seek money, until you are ready.  A lot of the times, you only get one bite at the apple.  Make sure you have done your homework, have created the right kind of product, you have honed your presentation by trying and rehearsing, and you have something ready for prime-time before you approach investors besides friends and family.

Any advice for current startups?

HB:  I think that there are some companies out there that think about their business as an exit opportunity and I think that is a mistake.  In other words, there is a saying that great companies are bought, not sold.  I think there is a lot of truth to that, because if you think about building your business to sell it, my sense of that is you aren’t as passionate about building a great business.  My take is if you have gone through the effort and aggravation of starting the company think about it as; “this is what I’m doing and I’m going to build the best company and bring in the best team I can.”  If someone is interested in acquiring your company, that’s great.  But that’s not what I’m thinking about going in and building a great company.

Also hold on to your equity as long as you can and keep as much of it as you can.  I think a lot of entrepreneurs think they need money and want to move quickly and are short-sighted on what they give away in the early stages.  If you can find a way to gut it out and keep your cost structure really, really low you can make a huge difference for the company.

Thank you Hale for your time.