Lenovo Purchase of Motorola Mobility from Google for $2.91 billion 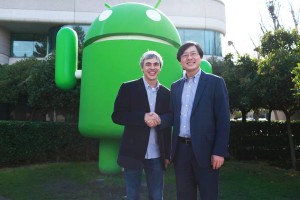 In 2005, Lenovo first burst onto the scene by acquiring IBM’s PC line, namely the brand recognition of the Thinkpad line. Last week, they announced the acquisition of IBM’s x86 server business for approximately $2.3 billion. And now they’ve just shocked the world by announcing their plans to purchase Motorola Mobility from Google for about $2.91 billion.

Lenovo already has several impressive mobile phones, the K900, Vibe X and the new Vibe Z to name a few. Although Google will be keeping much of the Motorola patent portfolio, Lenovo will receive license and access to such technological innovation. More importantly though, Lenovo will now be adding the Motorola Mobility brand and trademark, including such smartphones as the Moto X, Moto G and the DROIDTM Ultra series.

As Lenovo has become the world’s number 1 PC supplier according to IDC and Gartner, Motorola is currently the #3 Android smartphone manufacturer in the US and #3 overall manufacturer in Latin America.