LA AppShow | A Showcase of Apps 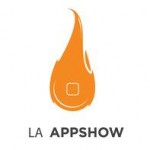 Two nights ago we got the opportunity for the first time to hear in depth on what a few of the leaders in the LA incubator/accelerators space foresee coming down the pipe for 2012. Last night we learned who some of those leaders may be. Last night’s LA AppShow at the Edmunds.com offices in Santa Monica, will showcase a handful of this year’s newsworthy and unrecognized applications from around the area. Past pretisipants have gone on to be feature in such outlets as the New York Times, BBC, and the iTunes App Store.

Each month 10 App developers are brought together to demo their newsworthy new apps and  unrecognized app gems to a live audience with an exciting social backdrop.  The Event has travel around the country participating in such areas as San Francisco, Las Vegas, Chicago, and Santa Monica. Events are available in person and also streamed live on the web via Ustream.tv.