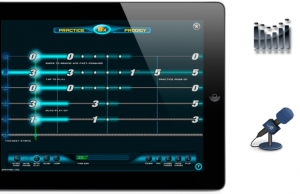 Music Prodigy, a Los Angeles based music education technology firm serious on improving the way people learn, play and interact with music beat over 70 startups with their app Rock Prodigy to win the Silicon Beach Awards.

Rock Prodigy is Music Prodigy’s  pioneer product and is a revolutionary interactive music app powered by patent-pending polyphonic pitch-recognition technology that allows musicians of all skill levels to use any instrument and provide instant performance feedback to accelerate learning.

Rock Prodigy is an intelligent iOS app and offers definitive, interactive, fun beginner guitar course of 150+ lessons/practice exercises with video tutorials through 49-day calendar that you can follow at your own pace. The app tracks a user’s progress automatically and tells them what to do step-by-step, day-by-day, and rates immediately how  a user is doing. it’s like a video game!

The app beat 70 other start-ups focused on innovation in digital media and technology to win the first place at the Silicon Beach Awards hosted by the Lloyd Greif Center for Entrepreneurial Studies at the University of Southern California.

Winning the USC’s Silicon Beach Awards however is not their only accomplishment.

Music Prodigy in June was the only finalist from Los Angeles in a competition that featured over 30 finalists from around the world and was named the Judge’s Winner and Audience Winner at the Silicon Valley hosted competition organized by business accelerator Plug and Play Technology Center.

It also won the 2011 Appy Award in education and the 2011 About.com’s Readers Choice Award.

Winning Not By Sheer Luck

According to the founders winning has not been by sheer luck.

He added that practice is the key to learning and Music Prodigy makes practicing fun, effective and affordable. Behind the fun is a complete learning system combining patent-pending algorithms, innovative curriculum, expert-designed lessons and exercises, and the newly released live Dashboard that automatically synchronizes your performance to the cloud and shows students how they compare to others in the Music Prodigy community. 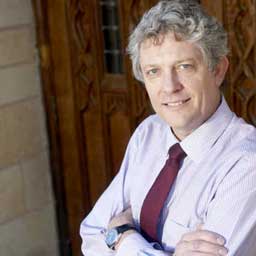 Armed with all such a winning reputation, believe in better learning and equipped with the necessary skills and experienced team Music Prodigy is expanding its offerings to more music disciplines and offer more advanced solutions for music students worldwide.

Just a small preview of their worldwide footprint, after its January 2011 release of  iPhone, iPad and iPod Touch apps, Music Prodigy’s  Rock Prodigy is available and sold in over  80 countries.