Are you ready to settle down with a streamer, and maybe ditch your cable forever? The big three options right now are Netflix, Hulu, and Amazon, and they’re getting bigger: Americans are watching more than an hour of streaming content per day, a number excepted to steadily increase over time. All provide both network TV/cable TV shows, as well as movies and plenty of their own content (live TV is a different story, check out services like Sling TV for that). So let’s took a look at the basics of each, and which service may appeal to you. 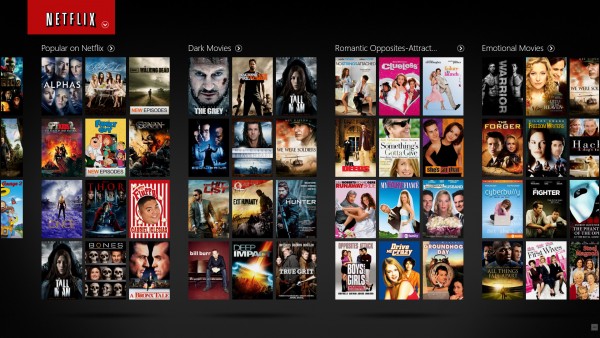 Netflix has both quantity and quality..but isn’t very timely.

Netflix is both the origin and the paragon of streaming services…at least for now. A combination of excellent new content and carefully monitored show selections have kept Netflix on top for years. The price for streaming all the content your data plan can afford is only around $8, and Netflix is so ubiquitous that you can find the app on pretty much any device you have, including smart TVs. No commercials, plenty of menu options, and an interface that’s – usually – very simple. There’s also a high number of accessibility options for the deaf, and a great collection of content for kids, including a separate sign-in just for kids.

A big draw for Netflix is the original shows. Make no mistake, the other big streamers are hard at work developing their own award-winning, original content (and we’ll talk about some it), but Netflix remains miles ahead with an excellent collection of original movies and shows, many into their second or third seasons. From Beasts of No Nation to Orange is the New Black to a number of highly praised Marvel shows including Daredevil and Jessica Jones, Netflix will give you talked-about content that you really can’t find anywhere else (outside buying the blu-rays).

On the downside, Netflix is always managing its contracts for shows and movies…which means availability is always up in the air. Your favorite show/movie may be on now, next month, or never, with the status always changing. Brand new content from current seasons is almost always unavailable, however. 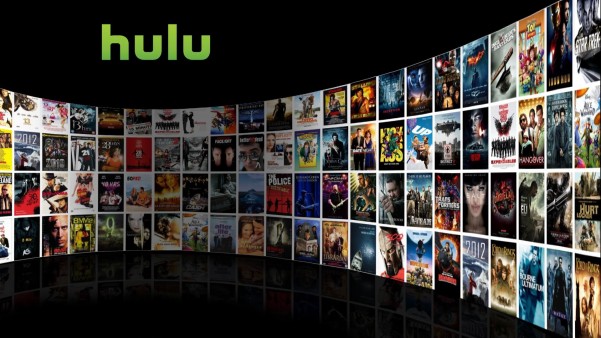 Hulu provides an excellent counter for Netflix by trying to do right the specific things Netflix does wrong. Namely, it keeps programs around for a long time, and provides near-immediate access to new episodes so you don’t have to stay away from the water-cooler gossip for fear of spoilers. This advantage is fueled largely by the owners of Hulu, which include Disney, NBC, Fox, and even Time Warner.

When comparing Hulu Plus vs Netflix, Hulu tends to have a greater focus on comedy, both in original content and in contract shows, (Netflix is primarily interested in stand-up comedy, but is growing more open-minded over time, as seen in Wet Hot American Summer). Speaking of original content, Hulu’s shows include The Awesomes, East Los High, Battleground, and Quickdraw – fun ideas with plenty of promise, especially since Hulu is trying to grow out of its “imitate everything Netflix does” phase. With upcoming HBO streaming likely, Hulu is more competitive now than ever.

However, Hulu – and you – pay a price for these advantages. The biggest problem is the commercials, which are really annoying. Pay $12 instead of $8 per month and you can make them go away with Hulu Plus, but that’s already significantly more than Netflix costs. Hulu does have an extensive catalogue of both TV and movies, but traditionally the service focuses more on TV shows – something to keep in mind which picking your favorite streamer. Check out Gadget Review’s article on Hulu vs Hulu Plus for additional insight.

Great for: Keeping up on current shows, comedy, not minding commercials (or spending extra money) 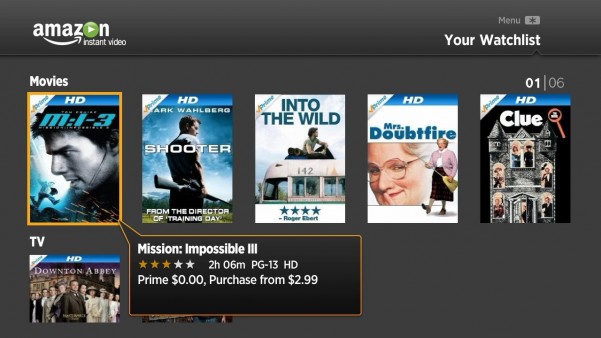 Amazon is working hard on its original content – plus all the benefits from Prime.

Amazon’s service is newer than the other two, but with the power of Amazon’s rapidly expanding brand behind it, it has grown very quickly. Industry numbers vary, but they put Netflix at about 25,000 titles, Hulu at around 10,000, and Amazon at about 5,000. Whether you would notice this or not is debatable, because all three try to get contracts for all the popular or trendy shows that you would have heard of.

If anyone is catching up on Netflix’s run of brilliant original content, it’s Amazon. The two are currently fierce rivals, with Amazon offering up award-winning content of its own like The Man in the High Castle, Transparent, and Betas. Frankly, it’s best to take a look at the original shows from each service and see which you prefer to follow. Netflix has a lot more choices, but both are producing some incredible work right now – and both are invested in offering 4K video.

The catch, of course, is that to access Amazon’s videos, you need to subscribe to Amazon Prime. Fortunately, it’s not much of a catch: Prime costs about $100 per year, which works out to around the same cost for Netflix – plus, if you shop at Amazon at all, you get many other benefits including free shipping and discounts that might more than make up the difference. The primary downside to Amazon’s streamer is the video selection – and device compatibility. It may be harder to find Amazon’s service on your entertainment system or gaming devices.

Great For: Saving money (if you have Prime), using in conjunction with Prime benefits, voice activation fans, high-quality video

Does Nothing Sound Right?

Hold on – CBS is already offering its own, albeit limited streaming services, as is HBO and Showtime, for the right devices. With streaming options dropping left and right, you’ll be able to create your own package before long.