These days we rarely find startups or mobile applications being built to focus on the progression of a children abilities for learning and their growth of a wider knowledge based from a younger age. Go Go Mongo, steps into that realm and has helped children learn about healthy eating. They’ve creatively done this with making a game that’s simple and fun that has children wanting to learn and eat cauliflower.

I recently had the opportunity to speak with the founder of Go Go Mongo, Ahmed Siddiqui. In talking with Ahmed he mentioned that the core idea had originated from his desire to help teach his younger family members learn the names of different foods in English. As English was their second language (ESL). 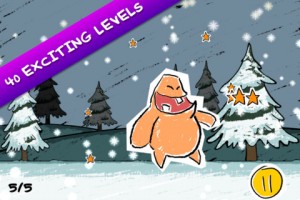 Loaded with the idea, Ahmed headed over to Startup Weekend Bay Area in April 2010 and pitched to the crowd. From that weekend came not only a winning team of the weekend’s event, but what would be the basis of Go Go Mongo. With the gaming element created, a goofy cartoon like character was attached to the game and his name, Mongo. With the game created Ahmed was able to show his two year old cousin and without any instructions was playing and learning in seconds.

Go Go Mongo would grow it’s way into the Top 25 Educational Apps on the iTunes store. An exciting moment for the company. With the apps positioning, it quickly drew the attention of a particular market. The team started receiving thank-you’s from mom bloggers raving about the app being such a great healthy eating app. Though the apps main focus and core reasoning for being built was to help teach ESL. Noticing the demand and excitement around healthy eating, the team shifted focus towards healthy eating. Ahmed even received an email from a grateful parent that not only was the game cool but his daughter loved it and now wants to eat cauilflowuer. A vegetable that wasn’t even thought about before. 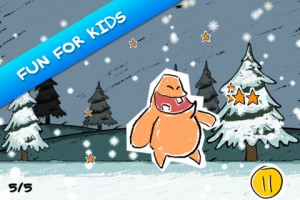 Try out the game for yourself. You’ll see not only the entertainment but also how great of a job Ahmed and his team have done with teaching kids about healthy eating. You’ll find it in the iTunes store. Oh and watch out for the cookies.

Prior to starting Go Go Mongo, Ahmed worked as a consultant for IBM. He had always dreamt of both owning his own company and teaching children English through gaming – as English is his second language. He decide to pack up and head west. Not knowing anyone Ahmed relocated to San Francisco where he would attend the Startup Weekend event that helped his dreams become a reality. Along with running Go Go Mongo, Ahmed also is working with Startup Weekend Bay Area.