From a Tech Angeleno’s Perspective | First Month in San Francisco 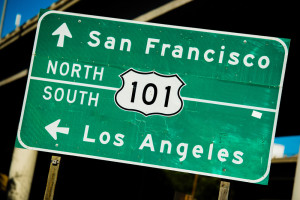 A year ago, I made a promise to myself that somehow I would make it up to San Francisco to experience the ultimate tech paradise.

Don’t get me wrong about Los Angeles – L.A. will always have a special place in my heart. But ever since I started getting involved with the tech scene in Southern California, there’s been a part of me wondering what it might be like to be up there.

It’s been over a month now since I’ve been in the Bay Area for my internship, and I’ve learned quite a lot already. Though there are many San Francisco transplants out there, I figured that there are people in L.A. tech who are like me, with the same curiosity to check out what’s going on up north. As someone born, raised and attending school in Southern California (fight on!), here’s my take on what it’s like to go from L.A. to SF.

First, some practical advice when moving to San Francisco:

1. Be diligent when finding an apartment

If you’re fine with being homeless, then you don’t need to worry about this part (plus, you’ll have plenty of company), but if you want to avoid the streets, you need to spend some serious time looking into housing. Not only are housing prices exorbitantly high in San Francisco, but with so many people here, it’s also difficult to find places to live. Craigslist can be very helpful, but if you’re not willing to dig that deep, you can also rent out spaces long-term from Airbnb. As for location, just be careful that you don’t sign the lease to an apartment in the heart of Tenderloin.

2. Try to do away with the car

You thought driving and parking in Los Angeles was bad? Think again. Not only is parking more expensive in San Francisco, but the streets get immensely clogged during rush hour – so bad that walking will probably get you where you want to go quicker. Bay Area Rapid Transit (BART), the primary public transit system along with MUNI, has its pros and cons. It is incredibly convenient and gets you to places fast. However, every once in a while, people tend to get sick on the train, be it from motion sickness or just having had one too many drinks. And when it’s rush hour? Get ready for packed trains. Nevertheless, the convenience factor does offset these cons. And if you find yourself past BART hours, Uber, Lyft and Sidecar are your best bets.

3. Get ready for lower temperatures

Put away those shorts and bring out your North Face jacket. The winds are stronger here and grey afternoons are more common than sunny ones. If you’re from LA, you might need to carry an extra sweater around with you for the first couple of weeks before you start adjusting to the change in climate.

As for the tech scene, there’s no one way to get involved. But as a newcomer, here’s how I’ve come to familiarize myself with Bay Area tech:

With so many startups and tech companies in the city, there’s always at least one or two tech events going on every night. The best way to find out about them is through Eventbrite and Meetup. Another alternative is to sign up for a variety of newsletters. If you’re planning to intern in the bay area, The Intern Project is a great newsletter to sign up for. General Assembly SF emails also have helpful information about upcoming classes and events.

Not all companies host events. But if you really want to visit a certain company’s headquarters, you can try to tweet at the company and ask for a quick tour or you can try to pop into their offices and see if you can look around. Though I’ve been pretty lucky about the latter, I would recommend asking for permission before intruding. It also helps to meet people who work at these companies and ask them instead.

Though this might not apply for everyone, when I first started going to these events, I had some preconceived notions about who would be there. Are half the people here founders? Does everyone here already know Swift? I soon found out that, just like at tech events in L.A., these people simply want to learn more about tech and meet other like-minded people. So attend as many as you can, and make the most of your time here.

From my time here so far, I’ve confirmed that the Bay Area is still the leader in tech and startups. However, from the Hacker Reactor ads on the BART to the SpoonRocket cars on the road, the tech scene can feel overwhelming at times. But when it gets to be too much, I can find respite knowing that Los Angeles is only a road trip away.

Sara Clayton is a senior at the University of Southern California, studying public relations with double minors in web development and mobile application development. Previously, Sara served as an as an intern at a Mark Cuban-backed gaming company, Mention Mobile and as a digital marketing intern at Sony Pictures Entertainment. Currently, she is in the Bay Area as a corporate communications intern at Kabam.