5 Announcements from Google I/O Worth Talking About 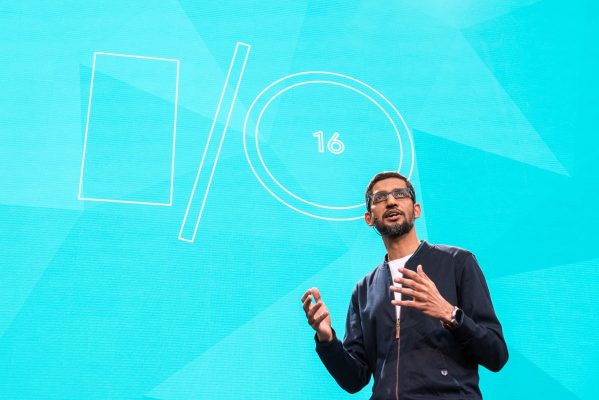 Google is, without a doubt, one of the heaviest hitters in the technological race. When the best of the team gather together to unveil their newest projects, people from the average tech geek to software defined storage vendors stop and listen. In the 2016 Google I/O, some pleasant upgrades and some jumps towards the next level of our futuristic modern lives were unveiled.

Here are five of the most exciting and promising of them all.

With so many messaging apps available today, you might wonder why Google is trying to reinvent the wheel. On the contrary, Allo creatively offers what users enjoy most about a messaging app and adds a few more features to make the experience easier, faster, and a little more expressive. For example, when enthusiastically chatting with your friends, you might be in desperate need for an upgrade from caps-lock to get the message across. Allo now offers a way to “whisper” and “shout” at your friends, by increasing or decreasing the size of the text font with just a swipe of your finger. To make it even better, Allo can also recognize photos and identify what’s in them, so if you get a pretty selfie from your loved one, it can suggest comments such as “beautiful!” or “super cute” when you run out of ideas on what to say.

Virtual reality hasn’t brought us as far as Tron yet, but it’s on its way, and Google is helping the journey. With the unveiling of its new VR, Daydream, this platform takes place exclusively on mobile devices, turning your Android into an even better version of Cardboard by building upon the Android N. Users can play around with home screen apps, and once Google has the VR running smoothly, they’ll upgrade apps like Google Play, Street View, and YouTube to be more interactive and panoramic for VR users. Since it’s still in its initial stages, Daydream isn’t strong enough to compete with the other heavy hitting VR devices, but it’s a step in the right direction.

FaceTime has gained a lot of fame for allowing users to live chat on iOS, but falls short when trying to reach across platforms. That’s where Duo lives up to its name, as Google’s answer to video-chatting where users can chat face-to-face whether they’re on their iPhone or their Android. As an added feature, if someone calls you on Duo, it will show a live preview of the person calling, so you can decide if you really want to pick up the call or see if they look like they’re in an emergency, requiring your help. This preview only goes one way, allowing you to keep your privacy until you pick up.

Google’s answer to Amazon’s Echo, it takes the Internet of Things to the next level by connecting all your home devices together and allowing you to issue commands with your voice alone. Want your TV on? Just ask it. Want the coffee pot to start brewing? You don’t even need to say please. What takes Google Home beyond the competition is how it integrates its advances with Google Assistance so your devices can do more than obey you – they can learn from you and respond better in the future to grant your wishes.

Google impressed us with their Google Now, an answer to Apple’s Siri, but their newest assistant has left both of them in the dust. By doing more than responding to commands and jotting down text messages at your beck and call, this AI is in fact conversational. With the ability to receive several commands and details from you, keep them in order, and tailor its response to give you a more helpful answer, this AI acts more like a human assistant than we’ve seen from any of its kind – the kind who have a tendency to get muddled if you give them too much information at once.

While a few letdowns are to be expected as these projects are tested out by the public, it’s undeniable that these new releases will help bridge the gap between real life and virtual living, and maybe blur the line altogether.