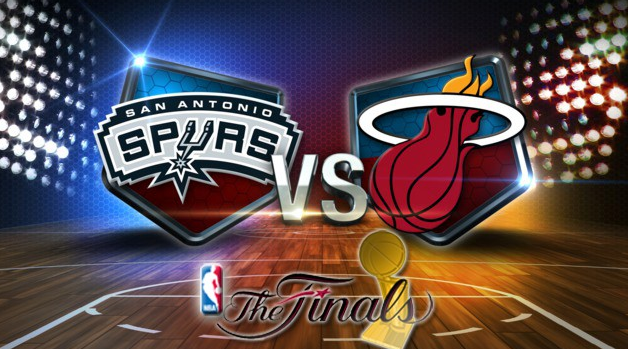 As the NBA playoffs closes to an end in a grueling road to Game 7 between Miami Heats and San Antonio Spurs, it would behoove every startup founder to learn from key elements and strategies of both teams, as lessons from the sport of basketball can directly translate to the success of a startup company.

Below are 7 lessons that we can learn from Spurs and Heat alike that brought them to where they are today–Battling for the NBA championship title in Game 7.

Team chemistry is an important factor in a founding team. Leaders must have the ability to recognize each person’s key strengths and weaknesses and identify how well certain people work with each other. This is an example that small forward, LeBron James has proved to work in playing with the Heats. As he attacks the basket and drives in, he can anticipate the defense to collapse on him. At this point, he knows that he is not in a good position to make a shot. Because he knows where his teammates are and their style of play, he can make a quick pass to Dwayne Wade cutting to the basket, or pass the ball out to someone like Ray Allen, to give him an open shot.

Just like in a startup team, a CEO should be aware of all the roles his co-founders or employees fulfill and predict how they perform in certain situations. Who has the business mindset? Who is the sales person? Who is the technical person? Etc. Etc.  If both the CEO and the CTO are needed to attend an important meeting out of town, who will fulfill their roles of running the company smoothly?

A successful team will always need a game plan and will need to have the discipline to follow it. Before the NBA finals, people expected Miami to defeat San Antonio easily. But Spurs coach, Gregg Popovich used his many years of experience to deliberate a plan that was well executed and surprised even the experts in the game, leading the underdog team to a Game 7 against the defending champions. Popovich was successful in taking Miami out of their element, forcing them to make outside shots. They put in Tim Duncun on LeBron James, making it harder for him to drive in on him because Duncun’s bigger build allowed him to cover more ground, leaving the rest of the defense to stay on the shooters. They stopped Lebron from successfully penetrating and dishing.

In the startup world, being able to stick to a plan and take actions according to those plans will bring your ideas and visions into reality.  Ideas are a dime a dozen. There will be similar startups doing exactly the same thing and some may have more capital at hand. The winner is determined by which company planned thoroughly and pushed through to execute on those plans.

3)   Adapting to Every Situation

In basketball, you need to be able to adapt to every situation you find yourself in. Players are trained and disciplined to react accordingly and make quick decisions in a blink of an eye that would most benefit the team. Although there is a game plan, each player is able to identify a less risky opportunity when it arises or avoid making further mistakes when the plan is not working. In Game 6, when it seemed San Antonio was about to win the Championship, the Heat had to adapt to change the course. Heat coach, Eric Spoelstra adapted to what the Spurs were doing because their initial game plan was not working. The Spurs were successfully shutting down LeBron. As LeBron would drive in and pass out, the Spurs would anticipate that pass and steal the ball. Miami countered this by switching out Norris Cole, Chris Anderson and putting in shooters like Mike Miller, Ray Allen and leaving Chris Bosh for rebounds. Because they were able to spread out the floor, it was harder for the Spurs defense to help on Lebron. Now the defensive help can’t leave the shooters.

In the startup lingo, this is what we call pivoting. Though you have a game plan, it will not always prove to be successful. Users may want different features, key partners may not be happy with certain decisions you’ve made, or the price point may be too high or too low to sustain a successful business model. Being able to identify the problems quickly and switching your business plan accordingly will be key to your overall success.

To be able to work together productively, communication is an important factor. During the finals, we’ve witnessed both teams shouting out to each other during a play to communicate if a player is open for a shot or if a there is a screen the ball handler may not be aware of.  Communication also means being able to encourage your teammates when they just missed a shot, praise them for a good shot or to thank them for an assist.

In building your company, communication or lack there of can make or break your vision. If there was a change of direction in any part of your plan, it is imperative that every one in the company is aware of the changes. Also, as your team faces certain challenges, being able to give words of encouragement will be the fuel to get your team to fight on and continue moving forward.

It is a guarantee that things will not always go smoothly as you would hope. There will be times when it seems like your company is at its worse and you’re going to want to give up and quit but being able to handle and manage adversities calmly and intelligently will help you overcome those challenges.

As in Game 6, 4th quarter, Spurs fans were already celebrating a victory with Miami being down 3-2 at home and losing by 5 points with just 4 minutes left. Miami fans were silent as a time out was called and Spoelstra gives order for another play. The Heat battled hard to get an overtime and eventually came back to win Game 6. No matter how bad it looked, they did not give up. They were able to recognize a setback vs. defeat. It’s not over until it’s over.

Tim Duncan was the first overall in the NBA draft back in 1997. He became the Spurs’ leader in 2003 when David Robinson left the team. But to empower the team, the Spurs needed other leaders to be able to make smart decisions and encourage others through out the season. They added point guard, Tony Parker and shooting guard Manu Ginobli and have since been consistently successful over the past decade, boasting four championship titles since 1999.

Encouraging teammates to be leaders can play an integral role in your company’s planning and decision-making process. It allows every person to feel like they are part of the company and as such will take responsibility for not just its success but for its failures as well. Such an approach will increase overall satisfaction of your startup team as you empower these leaders with the influence to affect the bottom line.

When you ask any NBA player what inspired them to be successful and how they got there, they will most likely mention having an idol or a mentor to guide them through every step of the way. Most will mention basketball legends like Michael Jordan or Magic Johnson, studying all of their games and learning their every move.

When you have decided to take the leap in starting your own company, it is important to find a successful entrepreneur that has done this before you. Learn from the very best of them. Read biographies of successful entrepreneurs, read books written by them and more importantly, study their failures. Learn from their mistakes to save you from wasting both time and money.