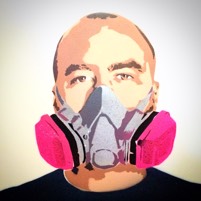 He’s not an Independent film maker, but he’s making a documentary. He’s not an artist, but he’s set to get his art into the San Francisco Museum of Modern Art (MOMA). His name is Blake Jamieson and his expertise is how to become noticed in a crowded room. He’s most known for hacking Tinder, has been featured in AdWeek and has now moved onto hacking the art world. In his latest project #90DaysToMOMA he hired a talented young filmmaker to document his daily journey on how he’ll get his art into MOMA within 90 days. The ‘real time’ docu reality series kicked off June 1st.

A little background on MOMA. The San Francisco art museum has been the home to many iconic artists from Pablo Picasso to Vincent Van Gogh. It is the foremost museum of modern art in the world.  MOMA was founded in 1935 inspired by a history of forward thinking and if Blake is anything, he’s a forward thinker always challenging social norms.

Blake’s historical career trajectory started at the tech gaming goliath Zynga responsible for the Facebook virtual living phenomenon FarmVille. He was soon thereafter a highly sought out digital marketer. After his recent European travels in Barcelona connecting with the Spanish street art scene, it reminded him that he had quietly forgotten his true passion – being a artist. Most his friends weren’t even aware he painted.

Getting into MOMA is most artists life long dream so Blake knew he had to change things up to become noticed in a crowded space. After assessing the best way to hack his way to success he decided to box his goal into a 90 day time frame. Since accountability statistically increases the likelihood goals will be attained he posted on Craigslist to hire a filmmaker in order to capture every action to get his art into MOMA.

The universe was definitely looking out for Blake’s making his impossible dreams possible when videography prodigy Matt Webster stumbled across the Craigslist post, took the crazy gig to move in with a stranger and document 90 consecutive days of his new life. Webster is a UC Davis graduate who majored in Neurobiology, but always had passion for filmmaking and storytelling.

The video series is Netflix worthy. It’s relatable. It’s educational. It’s inspiring. As we watch Jamieson continue to think outside the box – painting influencers to magnet them to his project and utilizing his digital marketing skills to launch Snapchat campaigns we learn from his journey how to take action on our own.

Soon enough Blake Jamieson will be able to call MOMA home to his art just like it was to street artist Keith Haring who used street art to bring attention to various social issues. Jamieson is inspired by the infamous Banksy and how he incorporates the landscape into his art, making it interactive. He loves Andy Warhol’s repetition and bright colors and Jackson Pollock’s predictable randomness in splatter painting.

Every entrepreneur, artist like those that use gadgets such as the best tablet for drawing, person with a dream, will walk away fueled with actionable insights on how to make the impossible absolutely possible. We learn that as long as we take steps forward we end up attracting the people, opportunities and resources to turn dreams into reality.

To check out his video series and follow his journey to get his art into MOMA in 90 days go to: http://90daystomoma.com and for behind the scenes add Blake on Snapchat.