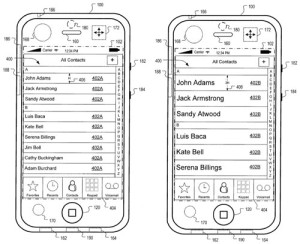 Apple rested their defense today in their final attempt to stave off a patent lawsuit with far-reaching implications for all smartphone makers. Filed by California inventor Richard Ditzik in 2011, the lawsuit asserts that Apple’s iPhone 4 infringes on Ditzik’s patent 7,103,380, “Wireless handset communications system”. The patent, filed in 1997, claims in part a handset device that sends email and communicates with multiple networks at varying power levels.

Today Apple presented an expert witness, Associate Professor Jeffrey Rodriguez of the University of Arizona, who performed an invalidity analysis of Ditzik’s patent in 2011 and concluded the US Patent Office should not have granted Ditzik the patent in the first place. Based on the report’s conclusions, Apple requested that the US Patent and Trademark Office (USPTO) re-examine Ditzik’s patent.

Dean Niro, attorney for the plaintiff, countered with a cross-examination that pointed out Rodriguez has no patents himself and no experience with the rules for determining patentability which guide professional patent examiners. The USPTO eventually allowed Ditzik’s patent after the re-examination, with some changes made to his claims.

Because damages can be calculated based on the scale of infringement, Niro presented evidence intended to show that hundreds of thousands of customers were induced to infringe whenever they used their iPhone 4 to send an email. Apple succeeded in getting Judge John Kronstadt to throw out other evidence that would widen the potential scale of infringement, in effect capping damages that could be claimed.

The case is considered important because of the potential effect on other smartphone manufacturers. If the jury finds for the plaintiff, then companies like Samsung and HTC may decide to license Ditzik’s invention instead of fighting and losing in court.

The case goes to the 8-person jury Wednesday, November 20th.

Jason Frankovitz has been in the trenches of technology entrepreneurship for over 20 years. He now consults about a variety of software-related legal issues: patents, theft of trade secrets, and source code analysis. Contact him at jason@quandarypeak.com.