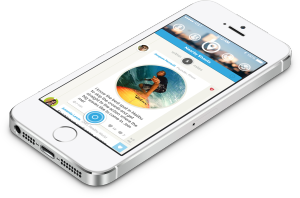 Smart matching offline connections startup, At The Pool, has today launched a mobile app that is set to reinvent the way people connect and interact.

Founded in 2011 by twenty-five year old Alex Capecelatro, At The Pool serves over 3.5 million people in over 100 countries. The web platform was founded to end loneliness associated with online interaction by replacing it with person to person meeting. The founder himself realized that social networking was making his life less social, At The Pool was the remedy to that.

At The Pool’s new app utilizes a contact list that’s organized by geographic proximity making it easy for people with like interests to connect through “shouts.”

Pivot to friends nearby

The new app allows easy photo sharing, uses the existing contact list, has push notifications and is geo-aware unlike the old web-only platform that aimed at connecting users by interests, but it turns out users want to meet people in their neighborhood more than meeting someone from across the globe with similar interests.

Users also want to reconnect with their old friends and not just meeting totally strangers. A new study from the University of Michigan psychologist Ethan Kross shows that online social media is having a significantly negative effect contributing to loneliness and reducing overall life-satisfaction. At the Pool’s mission is to help change that.

The app’s innovative user interface and features include:

A “shout” is the best way to stay connected with the people around you. Think of it as a proactive status update. Members shout about what they’re doing or what they want to do and connect with others nearby. For example, shouting, “Is anyone interested in hiking tomorrow?” will auto-alert friends in the area as well as new people who might be interested. 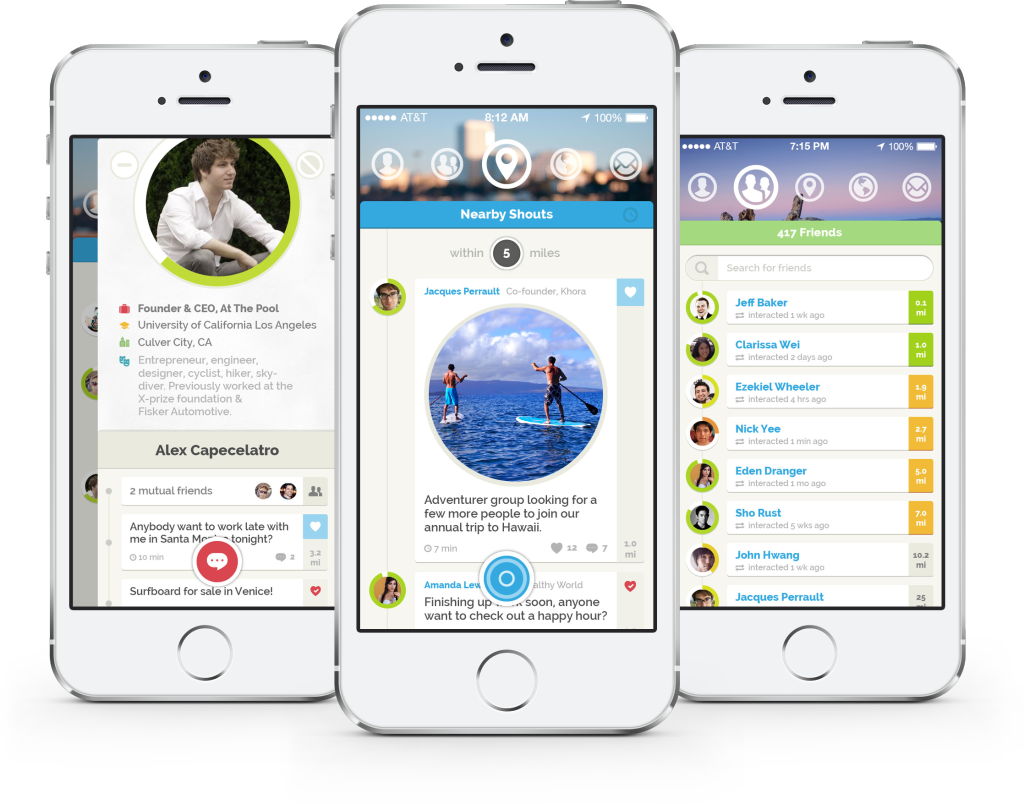 Unlike a typical contact list that shows your friends listed alphabetically, At The Pool organizes relationships by proximity, making it easy to see who’s nearby. Contacts are searchable by interests so a member, for example, will know who is interested in a pickup soccer game or a skydive trip. This feature is particularly useful when traveling or moving to a new city, and keeping in touch with friends you already have but infrequently have time to see.

An Open-Network all about Geo:

Unlike Facebook and Twitter where posts are shown to a prescribed group of people who friend or follow, At The Pool employs an Open-Network that’s all about connecting locally. Members have the ability to control the range of shouts they want to see by proximity.

Shouts comprise a member’s profile, making them immediately searchable and context-rich around the things they actually do. For example, a member who shouts about skiing in Tahoe and eating vegetarian food allows the app to match around those interests. A person is discoverable based on their interests and hobbies.