Get in the Holiday Spirit at the Annual Digital Family Reunion Bash!

It’s that time of year again. You know what I’m talking about – scrambling to buy gifts because you blanked on Cyber Monday, pulling late-nighters to debug your software and push a new version before everyone checks out, and refusing to count the calories you’ve consumed since turkey day.

You’ve been working like a maniac, so why not take a break to reflect, relax and raise a glass with some of LA’s most successful technology entrepreneurs? I’m talking, of course, about Digital Family Reunion – the largest annual holiday event bridging the gap between Southern California’s seasoned Internet veterans and the new generation of digital elites. 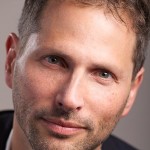 The bash takes place tomorrow from 6-11pm at Wokcano Restaurant in Santa Monica. REGISTER NOW with promo code DFR54 for 20 percent off your ticket price!

Among this year’s honorees is Eric Pulier, who will be receiving Digital Family’s Achievement Award for his numerous contributions to the technology ecosystem. Pulier, currently CEO of ServiceMesh, is a prolific entrepreneur and seasoned fundraiser, having founded or cofounded 15 companies and raised $500+ million over the course of his career.

Watch the video to hear what excites Pulier most about the tech climate in LA, what advice he gives startups setting up shop here, and what he believes will be the next big thing to come out of Southern California…