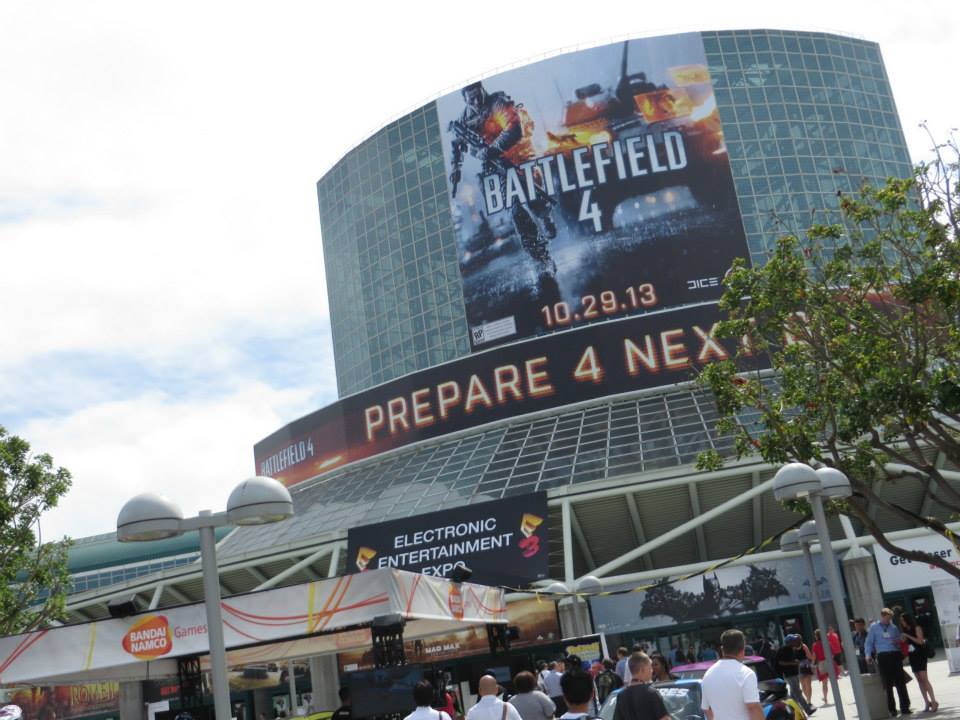 Last week, the E3 Gaming Conference razzled and dazzled Los Angeles as attendees hobnobbed with top executives in the industry, tried out new consoles and platforms, took photo ops with cool displays like the reconstructed boat from Wind Waker, the green screen for Splinter Cell or Tanks of World of Tanks, and explored the latest and most realistic virtual worlds created by top game developers.  There is certainly a lot to cover but I’ll just mention a few highlights. 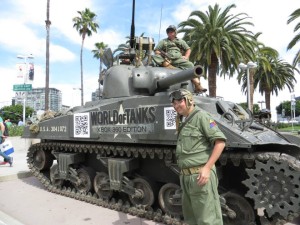 Disney did not disappoint, boasting a grand display at the entrance in the South Hall. Featuring its new games, Infinity and Disney Fantasia: Music Evolved, their space seemed the most active with long lines forming and people patiently waiting for a free custom shirts and Infinity figures. Infinity is a new open world sandbox game where players have the freedom and opportunity to create their own stories and play experiences featuring characters form Walt Disney’s and Pixar Animation Studios’ most popular franchises. Certainly a game kids and adults alike will look forward to with a release scheduled this August. Fantasia: Music Evolved was surprisingly the only game on the floor using the new Xbox One Kinect and it was awesome! But just like the film itself, it is difficult to describe with it actually does. Here’s an attempt– Harmonix Music Systems really did an amazing job combining gameplay and songs brilliantly in the same light as Walt Disney has been doing over the years. 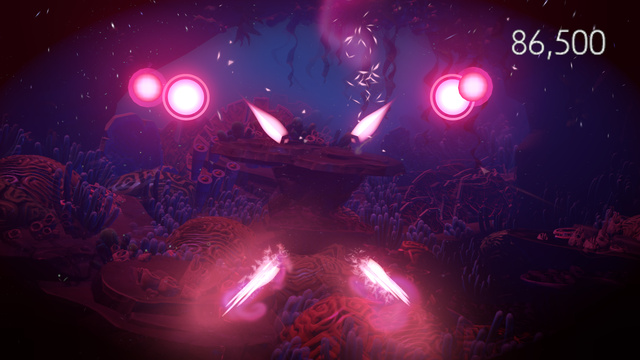 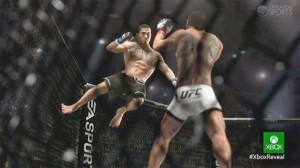 For the sports enthusiasts, EA Sports’ new Ignite Engine for the PS4 and Xbox One is more than you can ever dream of! The realistic graphics and astounding lifelike movements of its players will keep you on the edge of your seats as that excitement from a real force momentum enthralls your gaming experience. If you try out EA UFC, you’ll most likely walk away from the game with real bruises. Ok, not really. But it is just THAT good that you could almost feel every punch and kick as you observe every detail of body changes with every hit from the change in color due to damage, exhaustion, or strain. This is by far the most adaptive game showing various results with every unique scenario.

Fight for the Best Console

The most discussed topic of E3 was who won the fight for the best console between Sony and Microsoft. Reading the comments made by avid gamers, it seems clear that most would agree with my conclusion that Sony won this battle by a landslide. Not only did Microsoft disappoint with an extremely poor reveal of the Xbox One with their annoying DRM through always on connectivity, they also released a sub par product $100 more than Sony’s PS4 Console.  Yeah, loser move! According to Sony CEO, Jack Tretton, they wanted to focus on delivering what gamers wanted most without imposing restrictions or devaluing their purchase. “PlayStation 4 won’t impose any new restrictions on the use of used games. That’s a good thing. When people buy a PS4 disc they have the rights to use that game, they can trade in the game at retail, sell it to another person, lend it to a friend, or keep it forever. PlayStation 4 games don’t need to be connected online to play or for any type of authentication. And it wont’ stop working if you haven’t authenticated in 24 hours.”

Watch Sony’s brilliantly simple video that proves that in E3 2013, Microsoft was pwned.