Future of The Cloud is Bright | Just Ask the Market 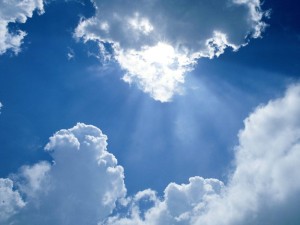 The advantages of the cloud are apparent whether you’re a multinational enterprise organization or an SMB. Businesses of all sizes are realizing cost savings, efficiencies and productivity gains they never thought possible. Cloud solution adopters can increase available storage space, increase scalability, reduce administration complexity and slash the costs of personnel, hardware, power, cooling and the inevitable “end-of-life” data center upgrade cycle.

Wainewright emphasizes the new business opportunities surrounding the cloud, especially the rise of consumer-focused cloud technology — think “App Stores” and data stored on mobile devices, smartphones and tablets — and how these new models are pushing larger enterprises to an entirely new application delivery model, as explained in the Cloud Storage Strategy Blog.

And there’s little financial risk involved in adopting a cloud solution, whether you need cloud storage, application hosting or some combination. Providers make their pricing model transparent and easily available on the web, so it’s simple to calculate the cost savings of the cloud.

The job market, too, will feel a significant impact from cloud computing technology. George V. Hulme, blogging at Cloud Commons, believes that the cloud will spur a jobs explosion, though the jobs descriptions will differ.

He references CIO Bernard Golden’s argument, made in The IT Jobs Cloud Computing Will Create, that while some roles may disappear altogether, others will remain, but in much less demand. For instance, he says, it’s probably a safe prediction that lower-level, on-premise IT support roles will still exist, but in fewer numbers.

Hulme also argues that organizations will always need IT, business experts, security experts, and engagement managers to handle relationships with the growing number of third-party and outsourcing vendors cropping up around the cloud. The growing dependence on data, Hulme said, will fuel demand for data scientists and those with business intelligence skills, as well as IT project managers and business analysts.

“Of course, IT jobs within solution providers and at consultancies will remain. All types of IT expertise will be needed at SaaS, IaaS, and PaaS providers as well as independent software vendors [ISVs],” he said.

Finally, IT security expertise will remain important. The more enterprises depend on IT systems, the more data security will be crucial, and there’s certainly no sign that the challenges associated with keeping data, infrastructure, and applications secure are going to be solved any time soon, Hulme said.

What will change, according to a related post, is the ratio of IT managers to staff positions.

According to research from analyst firm Computer Economics, today’s typical IT organization usually maintains manager-to-staff ratio of about 11 percent (that number dips to 6 or 7 percent in larger companies), said John Longwell, vice president of research for Computer Economics. In 2010, businesses trimmed management roles, lowering the ratio to the current 11 percent, Longwell said. But the long-term trend is toward a higher ratio of managers-to-staff.

These findings give greater credence to CIO Bernard Golden’s predictions, since more higher-level cloud positions will need to be created, a sentiment echoed by InfoWorld, stating that the cloud skill set is largely managerial.

There’s still more concrete evidence that the impact of the cloud on IT jobs will be largely positive. An IDC study commissioned on behalf of Microsoft has shown that cloud computing will be responsible for creating nearly 14 million new jobs between 2011 and 2015. The survey also found that business revenues could reach the $1.1 trillion mark annually, thanks to the new cloud systems. So, if you’ve been waiting for a sign that the time is right to move to the cloud, don’t wait much longer — the time is now.

This is a guest post written by Rackspace blogger Sharon Florentine. Rackspace Hosting is the service leader in cloud computing, and a founder of OpenStack, an open source cloud operating system. The San Antonio-based company provides Fanatical Support to its customers and partners, across a portfolio of IT services, including Managed Hosting and Cloud Computing.

Rackspace integrates the industry's best technologies for each customer's specific need and delivers it as a service via the company's commitment to Fanatical Support. Our core products include Managed Hosting, Cloud Hosting and Email & Apps.