Iconic Impulses, BMW’s vision into the #Next100 years with Urban-X 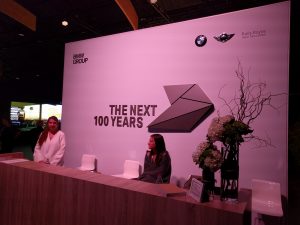 I love driving. I love the open roads and the freedom to go wherever I please whenever I want. I love the feel of power beneath my foot, the growl of the engine as I step on the gas pedal and feel the car lurch forward to accelerate. But then, I don’t like traffic. Who does? I really dislike getting cut off by overly aggressive drivers in bumper-to-bumper gridlock.

This is one of the main arguments for self-driving vehicles. What if you could spend that extra hour in the car reading up on news, catching a movie or getting your work day started early? Cars are also a major investment. Not just the sticker price of purchasing a vehicle, but one also has to consider maintenance, upkeep, and filling up gas on a nearly weekly basis. Many already rely on the benefits of Uber, Lyft and other such on-demand taxi services, why should anyone continue investing in the purchase of a car that sits idle for most of its life? And what could cities do with the extra space if we didn’t need parking lanes, lots or structures? Most cities are built around cars, what if they were built around people? 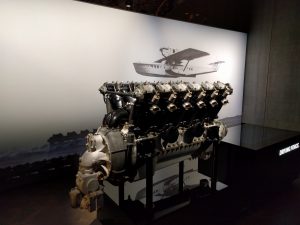 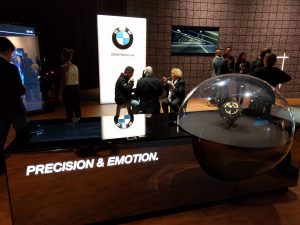 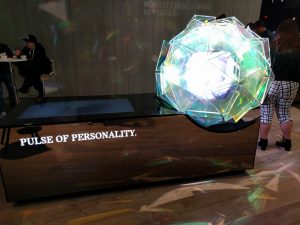 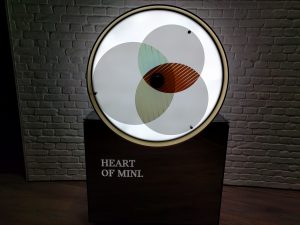 “One thing is clear. Mobility is, was and will be a crucial need for society, but automotive isn’t. we have to earn the right to stay relevant for society and for each individual. This is a fight for survival. Every brand shows their vision. We must be stubborn in the vision but flexible in the tactics. How do we want to live in cities and what can BMW do to turn that into a reality for you?” – Peter Schwarzenbauer, Board Member at BMW AG.

BMW‘s “Iconic Impusles” show visited 4 cities: Munich, London, Beijing and Santa Monica as a celebration of their 100 year anniversary and to showcase their vision of what they believe is to come in the #Next100 years. Not many companies are able to celebrate 100 years and having transformed from an aeroplane engine manufacturing company to motorcycles to its current phase in automotive, BMW recognizes that the future of transportation is not necessarily in cars, but in mobility and lifestyle. As an embodiment of this future with “cities as a service,” several concept vehicles were presented as well as an introduction to their UrbanX startup accelerator initative under the MINI umbrella. 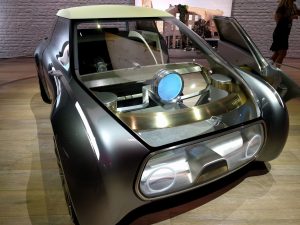 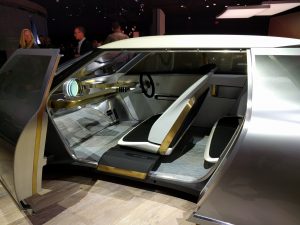 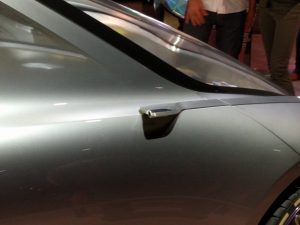 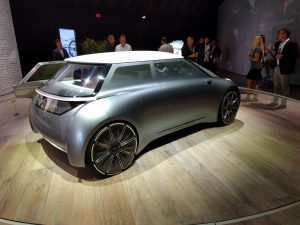 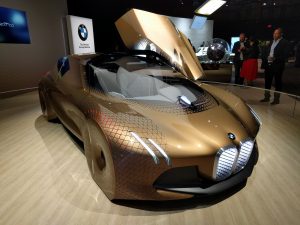 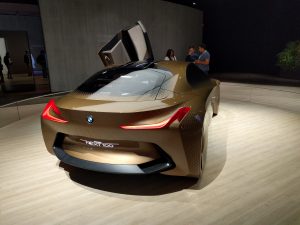 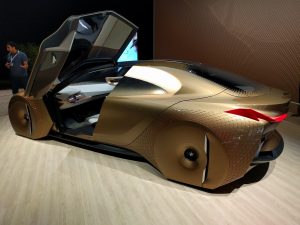 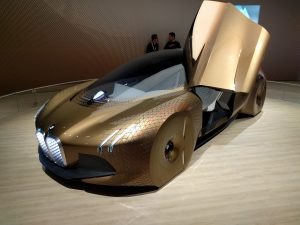 “MINI as a brand is about creative solutions for a brighter urban life. It’s the power of design fused with passion, MINI knows how to make people happy.” – Micah Kotch, managing director of UrbanX by MINI

MINI has actually been exploring the creative use of space with an affordable housing project utilizing shared living spaces. MINI Living was showcased at the Salon Del Mobile in Milan as well as the London Design Fair. And now UrbanX is their city as a service startup accelerator initative. Inclusive of mobility and transportation, but not bound by it, UrbanX looks beyond the car business models to address city specific problems such as food systems, waste systems, public safety and security systems, services you need to make a city work. 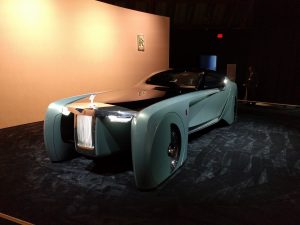 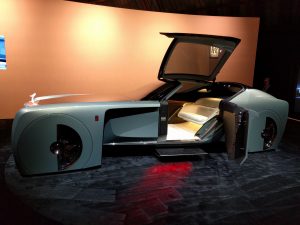 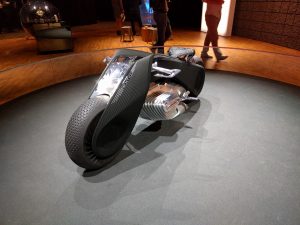 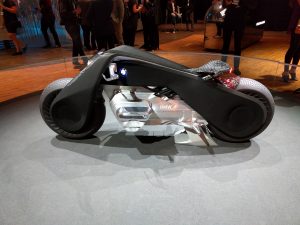 And here are the three featured Urban-X startups:

Tara Pham, CEO of CTY spoke about how the data they collect can help city planners better understand the flow of life within a city. Their analytics technology, Numina, gives real-time insights on city streets with a ruggedized device that monitors not just traffic, but the movement of people in real-time. Whereas our current model is just a tube laid across roads to measure how many cars are passing by a certain area, Numina sensors detect not only cars, trucks, buses and other automotive vehicles but also pedestrians, wheelchairs, bicyclists and more. Their solar-powered sensors take an image of the street every few seconds and the software then does an analysis to measure and transmit the data without actually recording surveillance. This allows the device to pop up anywhere and the information collected is able to provide a more complete picture for urban design planners to consider the transit of people rather than just that of cars. 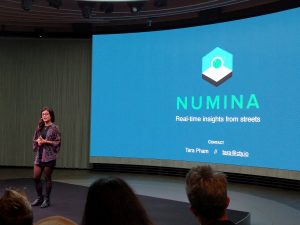 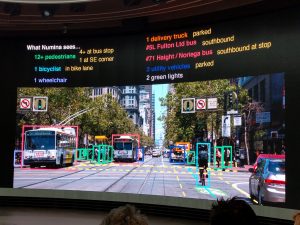 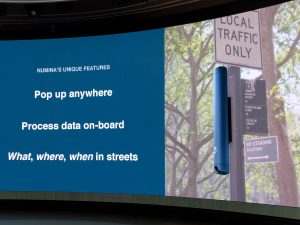 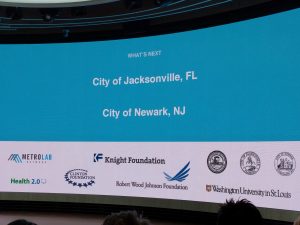 Manuel Saez and his team at Brooklyness have created  the Classon Helmet which is a really cool concept for bicyclists. Cameras all around the helmet are recording, analyzing and interpreting the environment around you. Lights will blink in the corner of either eye to inform you if there’s a car coming up from behind. And when you extend your hand, blinkers automatically come on in the back to further give drivers a flickering visual of your intention to make a turn. The helmet itself sells for $250 and includes the blind spot indicator and gesture-recognition turn signals. However, the real beauty of Brooklyness is their “hardware-enabled services. For an annual subscription of $99, users will receive full access to the video captured, unlimited cloud storage, helmet replacement, GPS mapping (the ability to input a destination and have the same lights guide you by indicating where and when to turn) as well as any future developments. 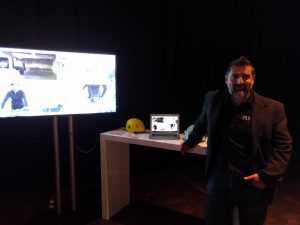 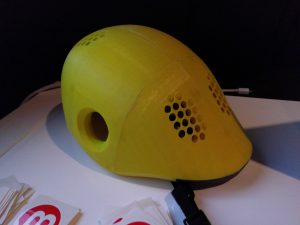 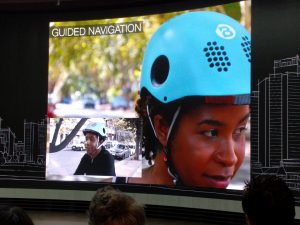 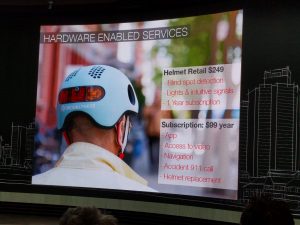 Arlene Ducao told us about her company, a location analytics project called Multimer. Similar to an EEG (electroencephalogram), the collective brainpower at Multimer has created a headset that will monitor brainwave signals as the wearer traverses different neighborhoods. This proprietary “geo-located bio sensor” system allows them to collect and study patterns in order to derive very basic emotional data based on the areas crossed. As CTY counts people and traffic while Brooklyness records everything, Multimer is able to determine which neighborhoods where people are most alert and paying attention, where they’re relaxed, where they’re engaged, fascinated and soon. Multimer captures the “feeling” of a city. This information can then be cross-referenced against other city data such as crime statistics, traffic accidents, fatality data and more. Indeed, they’ve already worked with Canon on a project to determine where the best locations would be for a large flagship store versus smaller pop-up shops and stands. It’s allowed Canon to save time and money by  finding open-minded and curious customers. 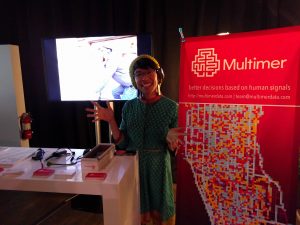 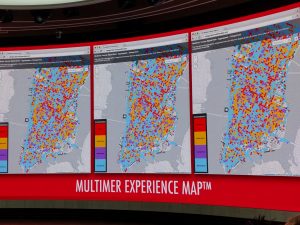 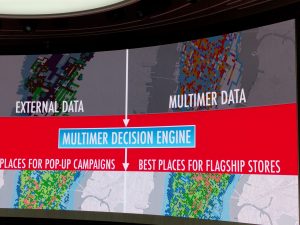 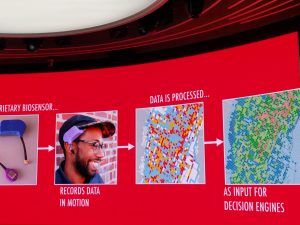 “MINI, they really do make dreams reality..”
“You guys are the face of the change of what’s happening here. I’m just an old skateboarder looking for more places to ride.”
– Tony Hawk 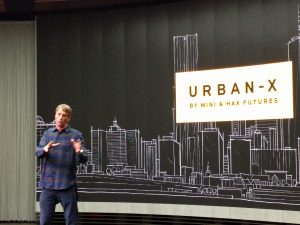