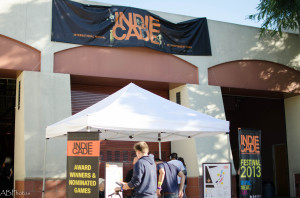 IndieCade Festival has come to a close this past weekend.  A two-day event that showcased the best indie games from more than 100 different companies and over 150 playable games.  Nintendo, Sony, Ouya, Oculus VR, and other companies have stopped by to show off what indie developers can do.

IndieCade was nothing short of impressive with the games on display which may be similar to slots free.

Sony had one of the largest booths, showing off games on their Sony Xperia mobile phone, Playstation Via, Playstation 3, and the new Playstation 4.  The variety of playable systems for indie games were amazing and shows how far gaming has come.  One of Playstation 4’s playable game was, “Divekick“.  A satirical view on fighting games, where the object of the game is to dive kick into the other player.  Divekick only requires two buttons to play; one to kick and one to jump.  Sounds simple, until you realize there is a complex game hidden under the simplistic features.  Nintendo also had one of the bigger booths and showed off its quality indie games on the WiiU and the Nintendo 3DS.  The Oculus Rift was also on display with the new Ouya gaming system. 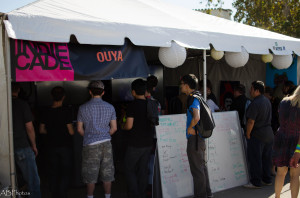 Even though indie games were only available at IndieCade, there were a lot of games worth the buzz for the gaming community.  One game that brought in a crowd was “Sports Friends”.  The game has four different games, but the game that piqued everyone’s interest was the four-player madnesss, BaraBariBall.  BaraBariBall is a retro take on fighting and sports genres.  Each two man team fights to dunk the ball into the water on the opposing team’s side.  The game is fast, ridiculous, and 8-bit nostalgia.

There were many tournaments going on at the Ouya booth with various games like TowerFall.  TowerFall brought in the biggest crowd at IndieCade because of the competitive nature it brings out of gamers.  The four-player, 8-bit retro, archery deathmatch proved that simple mechanics can be the most fun.  Four-players are placed on each corner of the map and either stomping or shooting arrows at each other until the last man/woman standing.  It was an adrenaline-filled, nerve-racking fun game where everyone was watching who will be the top dog in TowerFall. 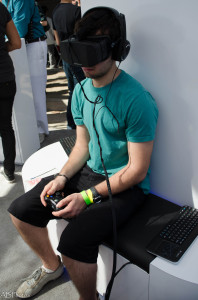 Oculus VR’s exhibit showed a lot of promise about the Oculus Rift.  The Oculus Rift has come a long way since its Kickstarter days.  There were a couple of games to demo, but the most sought out demo was the horror game, “Dreadhalls“.  Watching people jump or even scream from playing the game shows what the Oculus Rift was capable of.  The VR headset is still in development phases, but many more developers are finding new ways of creating and experiencing games on a whole new level.

IndieCade wasn’t all about the consoles and TV screens.  There were many table-top and outdoor games on display as well.  The “Hearst Collection” is an outdoor laser maze for people to navigate through.  It may never go on sale, but at IndieCade it was definitely an attraction.  “Babel Build” was another game requiring people to team up, have a set of blocks, and build structures a person advises them to build.  However, there is no talking allowed, only gestures can be used.  Games like Hearst Collection and Babel Build are games that set IndieCade apart from other gaming events.  There are many forms of games that are being created besides video games and is proof there still a love for these games.

The number of indie games available to play was mind-boggling.  The IndieCade Festival brought smaller developers to a bigger stage.  The major players in the game industry will always have a bigger seat in the gaming industry house.  But the small-time developers are making way into some of those seats to let the rest of the gaming industry know they also belong here.  Every one of these developers deserves the recognition for all their hard work and the fun games out on display for the masses.