Judge the Judges | Gain an Advantage on the Startup Field 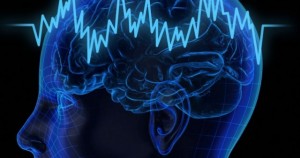 I was recently listening to a rant from an associate who was perturbed that his team had not won a pitch event the night before.  To be more accurate; he was more upset that he was beaten by a concept that he had bested before in similar contests.  He could not understand why the judges chose to bestow first place on a concept that was clearly inferior to his.  The proof being that he had previously beat that concept multiple times.  So, how in the world could the judges now choose the other concept over his?

Have you ever had something like this happen to you?  Do any of the following sound familiar:

The problem here most likely is not with the judging but with you not understanding what the judges are looking for; or just as important, what the judge’s natural bias are.

Having a natural bias is not the same as “Being Bias”, or more accurately stated, not judging from a fair and balanced view.

What is the difference?

Being “bias” or showing preference is a distortion of the results.  That is pretty easy to understand.  A natural bias is more complex.

Judges are no different in that they have a natural bias.  The difference between judges and everyone else is that they are asked to put aside their biases and judge based on a certain set of parameters.  The judging criterion is what must be applied evenly for each contestant.  Unfortunately, we all know that does not happen for all judges.  I can tell you from being a judge on numerous occasions that it is a very difficult thing to do consistently. Therefore, a savvy competitor will use this to their advantage.

What I am suggesting is that it is not good enough to have the “best concept” in a pitch contest based on the judging criteria.  In order to increase your odds of success it is critical to understand the makeup of the judging panel.  Judges are obviously human beings, so understanding what the natural biases of each can be very advantageous to know and factor into your pitch.

Some factors to consider:

To give you a simple example, think about the color palate of your pitch deck.  The science of Psychographics is about how various demographics respond to color.  This is the reason hospital halls tend to be light green or light blue-grey, and fast food restaurants use red, yellow and orange in their interiors and marketing pieces.  Color has an affect on human beings.  So knowing the gender split of the judges and the age group of the judges may give you an insight into what colors will elicit certain responses from them individually and as a group.

The color scheme of your pitch deck obviously will not insure you win a pitch competition.  I am not suggesting that.  What I am saying is that you must approach a pitch competition like any other challenge or problem.  You gather information, research the variables, create a hypothesis and then test your hypotheses, make the necessary changes and test again.  Some process as a Lean Start-up Canvas!

If you want to win pitch competitions you must have a solid, well presented concept, delivered in a powerful, professional way.  To increase your odds of success you must research and analyze the makeup and backgrounds of the judges.  Use social media, like Facebook and Linkedin to find what social groups and professional groups have a special meaning for each judge.  Learn all that you can about each.  Then create a pitch strategy that incorporates that information.  It may be simple things like what the team presenters wears on stage that gives a small edge over the competition because of a natural bias on a judges part.  The judge is not even going to be conscience of that bias, but you are.  Use this information to help you gain an advantage over the competition.

When you can successfully judge the judges you will gain an advantage over the field.  Winning is about doing a whole lot of little things right.  Studying the judges and using that data in your pitch strategy is one of those little things that just could make a difference for you.

Michael Sawitz is the Founder of FastStart.studio, a business incubator in Irvine, CA. Additionally, Mr. Sawitz has served as President and Chief Executive Officer of Amailcenter Franchise Corporation, the franchisor of AIM Mail Centers, since its inception in 1985. He sold the brand in August of 2011. Michael has been a featured guest on radio talk shows such as Professional Insights, National Public Radio and California Grand Opening. He has been a frequent speaker at various minority business development centers such as the Technology in Franchising National Conferences, and a keynote speaker at the PC Synergy Conference. Mr. Sawitz has been featured in nationwide publications such as Franchise Update and the Chronicle of Philanthropy. Michael Sawitz has also cofounded and served as the President of the National Alliance of Ship Centers, a non-profit industry association.