Lets Save The Water…With A Hackathon! | rhubarb studios Water Hack 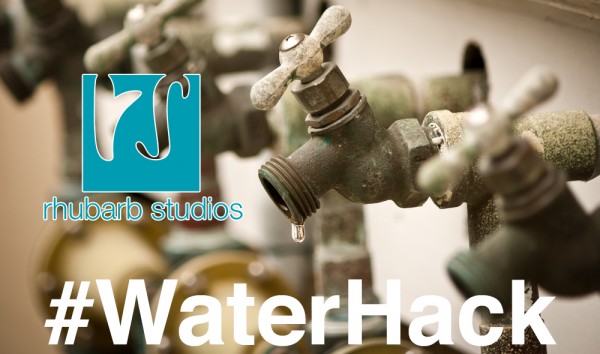 rhubarb studios announced today a collaboration with Mayor Eric Garcetti’s #techLA Summer of Civic Hacking to marshal the best talents of LA’s technology sector to address some of the city’s most pressing challenges. This event serves as a kick-off for rhubarb studio’s hackathon series, “Hack for Humanity,” which seeks solutions for public good in the private sector. The first hackathon is focused on using innovative technology to find new approaches to addressing the water crisis.

Hackers will work non-stop for 48 hours on the weekend-long event (August 21-August 23) in Downtown Los Angeles. Hackers, makers, and problem solvers will work intensively in teams to create innovative solutions to the water crisis, under the themes of “clean, collect, and consume.”

“We all need to actively respond to the drought—from the individual Angeleno to the largest organizations, we must all work to #SaveTheDrop,” said Mayor Garcetti. “Our efforts to engage the private sector and L.A.’s tech and creative communities has the potential to be a force multiplier on the great work we’re already doing to improve water conservation throughout our region and meet our aggressive water saving goals outlined in my Sustainable City pLAn.”

rhubarb studios is located in Downtown Los Angeles (DTLA), an emerging regional hub for technology start-ups in Southern California. Hackers will join together at rhubarb studios headquarters, on the 14th floor of the iconic U.S. Bank Tower, the tallest building in the western United States owned by real estate developer OUE. OUE is proud to contribute to solving the most pressing problems of our age and is contributing to the burgeoning tech scene in DTLA.

This is the latest effort in Mayor Eric Garcetti’s work to expand open data services and hackathons in the City of Los Angeles to expand civic engagement. He is a strong supporter of efforts to engage the best and brightest civic leaders, business advisers, technologists, inventors, VCs, and subject matter experts in addressing LA’s most pressing challenges.

“With the Mayor’s support we can leverage the phenomenal SoCal tech community to replace the outdated 1980s water solutions with modern technology fit for the future,” added Cauri Jaye, CEO of rhubarb studios. “Putting hyper-intelligent people together with a clear mission and a valuable outcome is a recipe for success: we can clean, collect and consume water better, faster and cheaper, now.”

The inaugural event of the Hack for Humanity series will culminate in a special press conference announcement, followed by an award ceremony for top prize winners to close out the weekend event. A pre-hack meet-up event will take place Saturday, August 1st to rally hackers, sponsors and technology resources ahead of the main weekend event, August 21st-August 23rd.

To register and participate in the event, visit http://www.rhubarbstudios.co/water

To submit a project to the hackathon: https://www.hackster.io/hackathons/rhubarb-studios/water-hackathon/info

Based in Los Angeles, California, TechZulu is an independent news organization delivering an insightful story of the technology industry by showcasing the very people creating it.