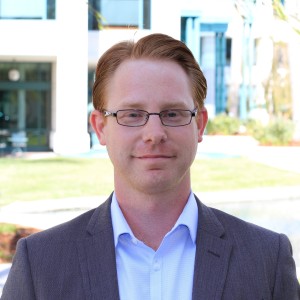 Monday is Veterans Day. It’s a day of rest for some, a day of work for others, and a day of reflection for many. I recently had the pleasure to discuss this meaningful day with Dustan Batton, a veteran and a member of the CALinnovates team. I hope you enjoy learning more about Dustan and saluting him for all he has done for America.

Mike Montgomery: I know Veterans Day is extremely important to you. Do you have any rituals you observe on a day when our country honors you and your fellow Armed Services members?

Dustan Batton: It was an extreme honor to serve our country for six years in the Air Force. Veterans Day is a day of remembrance. It’s a day of pride as well as a day of sorrow. As a veteran, this day should be about honoring not only those who came before us, but those who came after us as well. I stay connected with several veterans’ groups, and it is a great opportunity to continue to serve.

MM: Where did you serve?

DB: I enlisted in South Bend, Indiana. I did basic training in San Antonio followed by my technical school in Biloxi, Mississippi. My first duty assignment was at Nellis Air Force Base in Nevada. I then received orders to deploy to Kunsan Air Base in South Korea, followed by a stint at Aviano Air Base in Italy.

MM: How did you end up enlisting?

DB: I grew up in rural Michigan. After high school, I wasn’t interested in pursuing college at the time. So I did what a lot of people my age were doing if they weren’t in school — I worked in an auto factory. That’s pretty much what I did until Sept. 11th happened. 9/11 evoked a huge sense of patriotism in me that I’d never felt before. I felt like my country needed me. So by July of 2002 I was enlisted and shipping out for basic training.

MM: What was your focus upon enlisting?

DB: Initially, it was just getting through basic training. But I made it and I was identified as being particularly skilled in the electrical fields despite no prior training. This led me to my career in Electronic Countermeasures.

DB: It’s a specialized technical expertise that works with fighter jets to give back false information to enemy radar so the location of our aircraft cannot be pinpointed. That’s about all I can tell you about the program, but I spent six months in tech school where I received classroom training in electrical theory and hands-on field training and learned two different system platforms we used at the time.

MM: Aside from technical skills, what did the US Air Force teach you?

DB: I learned the value of hard work. I learned how to lead. How to supervise. How to play a role on a team. How to live on my own; become an adult. And I learned how to communicate clearly and effectively. I could go on, but it’s a long, long list.

MM: Tell me more about communication.

DB: I was working with people from all walks of life, different ranks, different politics and socio-economic backgrounds, different everything. Clear communication is a hallmark of a well-trained member of the military. But I also learned how to communicate much better with my family. Being on the other side of the planet demands as much.

MM: What tools did you use to stay in touch?

DB: I used the telephone and Skype, VoIP. Mostly Skype. While I was away, both my parents suffered through medical issues. Being away during this time was hard. I needed to see them, not just hear their voices. And I realized that technology was bringing us closer.

MM: What happened next?

DB: My service was up in August of 2008, and I moved back to the U.S. Unfortunately, there was no real translation of my military skills to civilian jobs. Not to mention this was August of 2008, about a month before the economic collapse. So I moved to Montana of all places to attempt to make the social transition. Going from a rigid military life back to civilian life is a significant change and was definitely a shock to my system. That’s when I found out about the new GI bill.

MM: What’s the gist of the GI bill?

DB: The Post 9/11 GI Bill paid 100 percent of all tuition and fees to any accredited school in the U.S. plus a housing allowance. I was 29 years old at the time and I was finally ready to go to college. After a short stint at a community college for some credits I needed, I was accepted to UCLA. I also received an academic scholarship for first year. I was the definition of a non-traditional student. Going back to school at that age was a much different experience for me than it was for most college freshmen.

MM: What did you study?

DB: Cultural Anthropology and Political Science. My time in the Air Force showed me firsthand that our world is fragmented. My ultimate hope was to bring everything and everyone together in one global society. That’s why I’m so interested in technology. People in the rice fields in Korea are no different from people in the cornfields of Kansas. Early on at UCLA I decided that I wanted to work on the political side of technology. Politics, public affairs and government relations. Why? Because that’s where I thought I could affect real change.

MM: Five years later, do you find this to be true?

DB: Absolutely. I did some internships with various companies and public affairs groups in school. I also joined the staff of CALinnovates in 2012. I learned what technology companies such as Skype need in terms of infrastructure in order to provide their service. I’m forever grateful to technology. I worked on the auto assembly line, I worked in high-tech avionics, and I was able to stay close to my family while I was serving my country. All because of tech. And I want to make sure the next generation of the military, within the U.S. and abroad gets access to and use of next-generation technologies. It’s not just an innovator dreaming up a great product. It’s about the policymakers instituting great policies. It’s about the business community investing resources. It’s about the entire ecosystem coming together to create a better, more connected world.

MM: What issues are you most passionate about in tech?

DB: You name it. I love startups. My brother has founded a number of them. As we discussed, I am heavily focused on communications. I now realize that our networks are the backbone of the tools I relied upon to talk to my family. I also never owned a cell phone until I enlisted. That’s a BIG change for a guy who grew up in a small town and worked in an auto plant. The Air Force forced it on me. But I soon saw the benefits. It kept me connected. It kept me entertained during down time. And now that I’m immersed in the public policy world, I understand what makes these devices tick. It’s mobile spectrum and it’s a constant upgrade of our communications networks, what DC-insiders call the IP transition.

DB: In a word? Opportunity. If you work hard, there’s no guarantee you’ll be a billionaire. But you’ll be able to advance in life and society, not just economically, but culturally. I’m proof of this. I had to work for everything I’ve got. I had my struggles and failures along the way. But if you work hard and educate yourself, you’ll have opportunities. In other countries, this isn’t necessarily true.

MM: Where can we find you?

DB: I’m always online at dustan@calinnovates.org or on Twitter at @DustanBatton. I also just spoke at a TEDx talk earlier this month at Cal State Los Angeles on the convergence of technology and public policy. I’ll be tweeting out a link to the video soon.

MM: Thank you for your time and your service to this country.

DB: It was my honor.