Pheebo TV | All in One Place 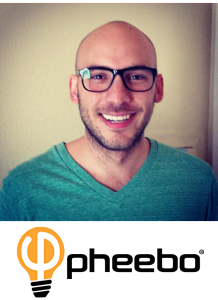 Watching video online has never been more accessible than ever.  But to get to certain videos, viewers need to find the right website or know some keywords to view it.  Pheebo TV does away with all that and places every popular video channel viewers want into one app.

Co-founder of Pheebo TV, Arthur Matiossian, created the app because, “I absolutely love Reddit videos.  Obviously everyone’s on YouTube all the time and I like the Apple TV.  When you go on Reddit for videos on your iPad for example, there is not a great way to do it besides the website.  It requires multiple tabs to go and watch a video and if you want to go on to YouTube and watch something else, watch the latest sports clip from ESPN, or get the latest news on CNN, there is not an easy way to get to those channels as easily as people should.”

With over 200 channels to surf and view videos, Pheebo TV eliminates the dull routine of finding videos from different sources and puts them all in one place.  The interface of Pheebo TV was the main focus point of the app.  The intuitive design makes finding, keeping, and removing all the channels the user focuses on very simple and clean.  No clutter design and no complicated motions to scroll through the various channels and videos available.

TechZulu gets in touch with Arthur Matiossian and gets a deeper look into the development of Pheebo TV.

AM:  Pheebo is the best way to watch video on your iPad or iPhone.  We are linked into YouTube and are connected to a lot of the popular channels YouTube has to offer.  We are also linked into Vimeo, Facebook, and many other video channels.

Why did you create Pheebo TV?

AM:  I started in Safari to go on Reddit or a certain Reddit app, then I’m going to YouTube, and then I’m going into Vimeo.  I saw that I can build an app where I can go and see all this in one place.  I made it easy and made it beautiful and took all the different services and made it all under one interface.  It started off with YouTube first and then we started to pull in some of the other popular channels from big and small companies and Pheebo TV grew from there.

The Apple TV is a great way to watch TV on your iPad or your iPhone, but if you have a TV at home, you can just AirPlay it and watch it on television.  I don’t even have cable anymore.  I just use Pheebo and other services.

How hard was it to fund Pheebo?

AM:  My co-founder, Montgomery Flagg, was our initial investor.  We knew what we wanted to do, so we got all the legal stuff done first.  We really wanted to focus on the design of Pheebo.  We designed several apps at first, but Pheebo TV was one of the last designs and the direction we took Pheebo.  Luckily we have been able to self-fund our operation so far and we haven’t taken any outside investments.  Looking towards at the end of this year or early next year for our first outside seed round and plan out to build an Android and web version and do marketing and sales.  It put us in a really good position where we build something and showed we can do it and build it in a way that is very efficient.

Any opinions on the “phablets” you see on the market?

AM:  I think for video they are great.  The bigger screen, the better.  If that’s what people want, that’s great.  That’s not to say Apple would never go in that category in the future, who knows?  As far for Android, you have to be careful of making an app for the mobile phone or the tablet.  For Pheebo, we have a separate version for the iPhone and for the iPad.  I don’t know how Android draws the line between what is a phone and what is a tablet. 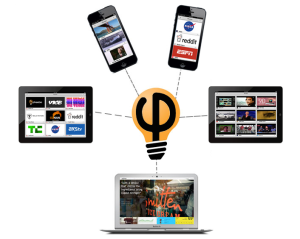 Mobile has been increasing the amount of information we get.  So what future does that instill for us when it comes to using mobile devices and desktops/laptops?

AM:  There was a quote from Steve Jobs where he equated the PCs to trucks, the workhorse machine that everyone has in their office or their home.  The tablets and the phones are where the majority of use is going to be at.  Even now, the tablets have keyboards and more office apps are coming out where productivity is going to increase.  Desktops aren’t going away, but I see a blend of more mobile features with desktops.

What challenges did you face when creating Pheebo?

AM:  The hardest time was finding the perfect idea.  There are so many great ideas for apps out there.  In the beginning we did a lot of design with limited funds.  We had to choose which one to bet on and to release.  I think the earlier days, we were trying to figure out what we wanted to do and see if it was worth taking the risk.

Once we were in development and the app was going.  Things were just gaining momentum.  The feedback we received was really great.  The people we talked to gave great advice and opinions.  I think the hardest part was just putting your money where your mouth is.

What would be your greatest moments?

AM:  I think the greatest moment was when the app got approved.  That felt great.  Initially we were rejected because there was an issue with a few channels not being allowed.  When you go through the app approval process, the reasons are usually vague.  So when we were rejected, that was soul crushing.  Maybe this whole thing was for nothing?  We figured out what was the problem and re-submitted it and it got approved!  Then there was an article about us and then reviews started coming in and that was just a triumphant moment for us.  It felt so good to see your product on the app store.

What advice would you give to people thinking about starting a startup?

AM:  Honestly, don’t give up, as cliché as that sounds.  If you want to do it, there is so much opportunity out there.  Find the right partners.  Go with your gut.  Make something you are going to love.  Pheebo was something I wanted for myself.  If it is something you and your friends are going to like, the odds are somebody else will like it as well.

Again, build something you really believe in and like.  Have fun.  It’s a really fun process.  When people say it’s a journey, it definitely is.  There is going to be a lot of people who are going to say “don’t do this” or “don’t do that” and have different opinions.  Be able to listen to your inner voice and don’t give up and see it through.  It takes a lot of perseverance and it’s not as impossible as it seems.

Thank you Arthur for your time.