RebelMouse Raises $10.25 Million In Series A Funding For Growth 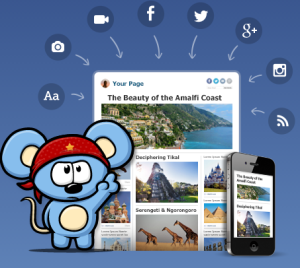 Based in New York, RebelMouse is set to use the $10.25 million to scale its operations and up its RebelAds which it launched two months ago in a move to serve its growing list of clients of nearly 300,000 and monetize. The firm previously raised $2.5 million from Oak and SoftBank Capital, betaworks, First Round Capital , Lerer Ventures , New Enterprise Associates with participation from individual investors to help it power its client’s sites.

According to Paul Berry, Founder & CEO RebelMouse, “Our aim at RebelMouse has always been to make it easy for everyone to create sites that better engage their audiences, and we’re excited to share that today, we’re one step closer to achieving this goal.”

Berry added, “Our growth isn’t just financial: in the last 31 days, the platform has reached over 7 million unique visitors, according to Google Analytics. That’s up over 900% growth since January of this year! So far, there have been over 300,000 sites created by RebelMouse users, deployed across tens of thousands of urls. Not only that, 35% of our paying users are from abroad in 49 countries.” 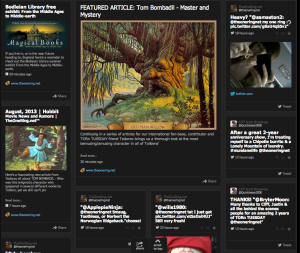 Launched in 2012, RebelMouse allows users to aggregate together all their social media content and is being used by  individuals, bloggers, firms, brands and many more others. Some of the top brands include Wall Street Journal, Times, Forbes, GE,  Mashable, Fox TV, SyFY, Bravo, AOL, USA Networks, TheOneRing.net and ProSieben and many others.

RebelMouse also added Jarrod Dicker from Time, Inc., Andrea Harrison from PepsiCo Beverages and Jake Beckman from Bloomberg TV to its team to help it disrupt the social publishing and advertising space.  Jarrod Dicker will be the new Managing Director of Commercial Product and Operations, Andrea Harrison will be  head of marketing and Jake Beckman will be Partner Accelerator at RebelMouse.

Berry is confident the new team will perform and will push RebelMouse to the next phase as they all have tremendous experiences from top firms. Prior to RebelMouse, Jarrod Dicker was lead social and content ad products at Time Inc. and was in charge of 22 Time Inc. brands. Prior to  Time Inc., he was at the Huffington Post, as head of head of social marketing.  Jarrod was this year ranked on Business Insider’s list of the 30 most creative people in social media marketing.

With money and skills Berry believes this is just the beginning.