3 Questions With ShareSquare | QR Codes & The Future of QR 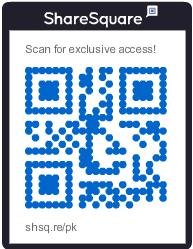 Three questions with ShareSquare’s CEO, Matthias Galica, on QR codes, ShareSquare, and the  future of QR.

Where do you see the QR code market progress towards in the next year? 5 years?

In the next 6-12 months I believe we’re going to hit the “social tipping point” whereby the average joe in St. Louis will be able to recognize a QR code and know what to do with it. The hardware/application critical mass has been hit and we’re seeing consumer adoption faster than even we expected.

Early adoption is being championed by a lot of the people that have been the earliest users of ShareSquare – specifically the music & entertainment verticals, for a number of reasons. Most obvious is that QR codes are an opportunity to endow a static medium (posters, flyers, OOH placement) with rich media that actually conveys the thing being advertised: music, videos, etc. Additionally, artists/events have among the shortest lead times for creating marketing collateral (they’ll make posters on Tuesday for a concert that weekend) and they get tremendous value from seeing any measure of ROI/effectiveness of those efforts, since they don’t have millions of dollars to blow.

In the 3,4,5 year range you’ll be seeing QR code applications on placements that have longer lead times, like consumer product packaging and retail. ShareSquare is already doing a pilot with NBC/Universal Home Entertainment in May that will see our QR codes on the DVD packaging for releases of Blue Crush 2 and The Adjustment Bureau.

Any particular industry or markets you envision easily adopting more so than others?

Tangentially there’s been a lot of hubbub about NFC, which has a promising future, but before it achieves any meaningful critical mass it faces a steep adoption climb on two fronts: handsets and terminal infrastructure. It’s also worth mentioning that in the Japanese market QR and NFC coexist, as the applications are different. For example, you might walk down the street and scan a QR code off a Coca-Cola poster, play a little game, and win a free coke. You then take your phone to the nearest vending machine, wave it over the NFC terminal, and redeem your coke.

Tell me about your company and what you provide for the QR code industry.

ShareSquare was created after we realized the multiple failure points marketers were encountering when attempting to deploy QR campaigns: non-mobilized (or god forbid, Flash) content, incomplete tracking, etc. We then developed ShareSquare as an end to end platform that closes the loop by providing a CMS and a real-time analytics solution built from scratch. In short, ShareSquare is a platform for connecting offline audiences with the bands and brands they love, through immediate calls-to-action and rich engagement on the mobile web, with real-time analytics.

You can create your own QR codes by going to http://getsharesquare.com/ and creating an account today!