Smoke Alarms: The Smartest Smart Home Product You Can Buy 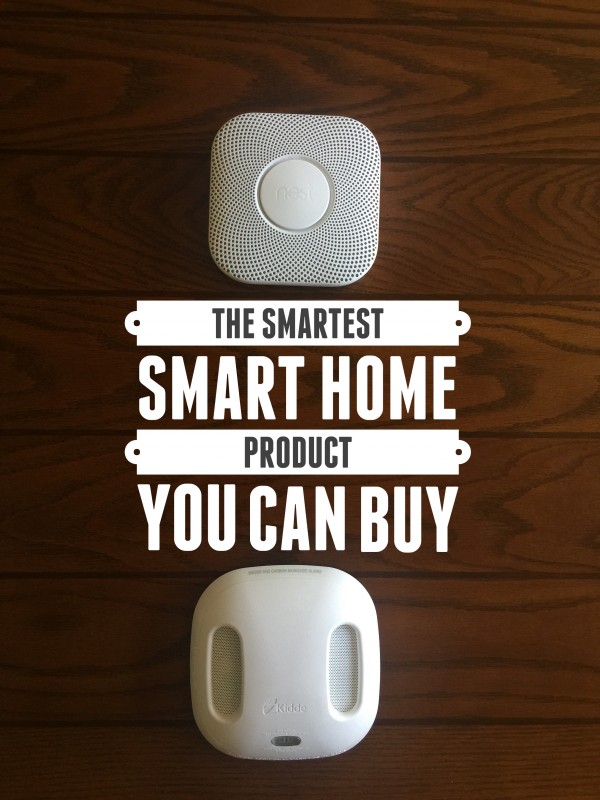 Ask any firefighter to name the most important thing a person can do to prevent their house from burning to the ground, and he or she will tell you, “Install smoke alarms.”

As the wife of a firefighter and a former volunteer firefighter, I strongly concur. However, as a mother and somewhat erratic chef, I know how annoying those little plastic boxes can be. From false alarms caused by burning the toast to annoying low-battery chirps that wake up sleeping babies, I can empathize with homeowners who leave a smoke alarm dangling from the ceiling after a run-in with a broom.

When smart home innovator Nest unveiled its second generation smoke and carbon monoxide detector, the Nest Protect, and promised to do away with all these issues, I was ridiculously excited. I believe that a smart smoke alarm is quite simply the smartest home investment you can make. Why? Because while regular smoke alarms work by alerting you to danger when you are home, smart smoke alarms can alert you wherever you are, meaning this gadget could not only save your life, but it could also save your save home.

I took my own advice and went out and picked up a Nest Protect at The Home Depot and installed it at my house. Check out this video I made to see how easy it is to install, and also to see me gush over how gorgeous it is—so much better looking than those standard white plastic boxes we’re all used to! I also review some of the benefits a smart home gains by adding a smart sensor like the Nest Protect to its lineup.

Why a Smart Smoke Alarm is Better

They’re Less Annoying and Have a Longer Life

The Nest Protect lets you silence certain alarms from its compatible smartphone app, and its lithium batteries self-monitor, warning you with a yellow light and an alert on your phone both six and three months before they need to be replaced. This means no more waking up to that annoying low-battery chirp. Another great feature that I demonstrate in the video is how the Protect talks to you about what emergency it detects and where it is. Additionally, it gives you a voice warning when it senses danger, before it gets to a level that warrants an alarm, so you can intervene before the loud siren kicks in.

The Nest Protect incorporates advanced sensors that can detect both smoldering fires (photoelectric sensors) and fast burning fires (ionization detectors). This split-spectrum sensor is unique to the Protect—most standard smoke alarms use either photoelectric or ionization.

While you can buy a smoke alarm with both ionization and photoelectric sensors in them, Nest is currently the only alarm that is capable of detecting both and carbon monoxide. CO is called the “silent killer” for a reason—it’s the leading cause of accidental poisoning deaths in the U.S. and often happens when everyone is sleeping at home.

They Talk to Each Other

Today, homeowners are encouraged (in some places required) to install interconnected smoke alarms—meaning that when one alarm goes off, all will sound. Without wireless smarts, the only way to do this is to purchase wired smoke alarms and hardwire them into your home using an “interconnect wire.” This is great for new construction or remodels, but not so helpful otherwise. The Protect uses its WiFi chips to communicate, so you can have the safety of connected smoke alarms without the expense of re-wiring.

The Protect works with other Nest products, including Nest’s WiFi camera Nest Cam and the Nest Learning Thermostat, to further help protect your home from disaster. In the video, I demonstrate how the Nest Thermostat can shut itself off when the Protect detects smoke, fire or CO, helping prevent the danger from spreading through the house’s HVAC vents, and how the Nest Cam can record a video clip at the same time, so you can check in and see what caused it if you aren’t home. The Protect also integrates with other smart home systems and devices such as the Wink Home Automation Hub and Philips Hue Lights (in the video, you can see how my Hue lights flash red when the Protect is activated—a great added warning for everyone to get out of the house). To see all the integrations Nest offers, visit the Works With Nest website.

The Protect also includes a color-changing ring that offers four separate features: green indicates all is well; yellow comes on when there’s a Heads Up alert; red when there’s danger. Finally, there’s the Pathlight—when you walk under it at night, it lights your way, helping with those midnight bathroom excursions!

These smart lifesavers are more expensive. A Nest Protect costs $99 while a standard combination smoke and CO alarm runs around $35 or $40. To help you understand the difference (and why I believe smarter is better), check out this table that breaks down the features and prices of a standard alarm alongside two smoke alarms with varying degrees of “smarts” built into them: Nest’s Protect and Kidde’s Wireless Interconnected Smoke and CO alarm: 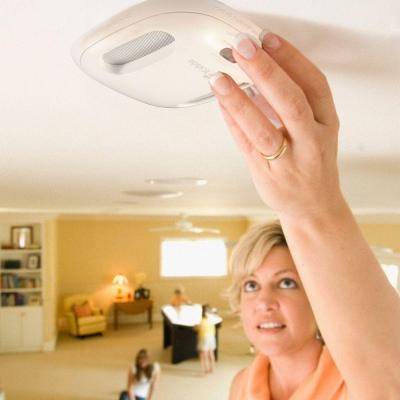 Just as it did for the thermostat, Nest has taken a simple yet essential piece of home technology and made it better and smarter. But if the Protect doesn’t fit your needs precisely, the industry is coming up fast behind these smart home innovators, offering a growing selection of alarms with built-in smarts, including First Alert’s Onelink smoke and CO detector that works with Apple HomeKit, or the Roost—a 9-volt battery replacement for your smoke alarm that retrofits it with WiFi smarts.

With the options growing exponentially, there’s simply no reason not to track and be aware of the potential danger inside your home, wherever you are.

Jennifer Tuohy is a tech buff and frequent writer for The Home Depot, often writing about the blend of technology in the home, including topics of home automation. You can see more info on Wink and other smart home products on homedepot.com.