6 Tips to Gain the Edge & Meet Your Goals 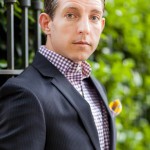 “Van Gogh sold only one painting during his lifetime; Winston Churchill lost every public election until becoming prime minister at age 62; Henry Ford went bankrupt five times; Albert Einstein was a terrible student and was expelled from school; Sigmund Freud was booed from a stage.”

“Ideas, brilliance, genius – they all mean nothing without the guts, passion and tenacity necessary to make your dream a reality. But often, people fall back on excuses and give up on trying to reach their goals.”

He says most of us have dreams, and many of us have big ones, but few of us actually see them through.

He offers six tricks for jumping off the excuse train and forge the path to your goals:

• Avoid the need to blame others for anything. Mean, small-minded people know that they suck. That’s why they are so cranky and eager to point out others’ mistakes. They hope that by causing others to feel inadequate, everyone will forget about how woefully off the mark their own performance is. Don’t blame anyone, for any reason, ever. It’s a bad habit.

• Stop working on things that just don’t matter. Not everything needs to be done in place of sleep. If you work for a boss, then you owe them solid time. You can’t cut that out. You can, however, cut out television time, meetings and anything else that gets in the way of achieving your goals. Replace entertainment with activity toward your goal.

• Refuse to let yourself wallow in self-doubt. You’re alive to succeed. Stop comparing your current problems to your last 18 failures. They are not the same. You are not the same. Here’s something to remember: Your entire life has been a training ground for you to capture your destiny right now. Why would you doubt that? Stop whining. Go conquer.

• Ask yourself, “What can I do better next time?” And then do it next time. If you spend a decade or two earnestly trying to be better, that’s exactly what will happen. The next best thing to doing something amazing is not doing something stupid. So learn from your mistakes and use the lessons to dominate.

• Proactively take time to do things that fuel your passion. Exercise is a great example. Living in the moment requires you to live at peak performance. A huge part of mental fitness is physical fitness. A sparring or running partner is a great way to refresh physical competition. Physical activity accelerates mental motivation.

• Apologize to yourself and those around you for having a bad attitude. Do this once or twice and you’ll snap out of your funk pretty fast. When you start genuinely apologizing for being a bad influence on those around you, you learn to stop whining and start winning. 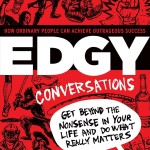 Dan Waldschmidt is the author of “Edgy Conversations: How Ordinary People Achieve Outrageous Success.” He is an international business strategist, speaker, author and extreme athlete. His consulting firm solves complex marketing and business strategy problems for savvy companies all over the world. Dow Jones calls his Edgy Conversations blog one of the top sales sites on the internet. He’s been profiled in BBC, Fox News and The Today Show, and he is a sought-after media source.